European Countries Enacting Spectrum of Measures to Stave Off Recession 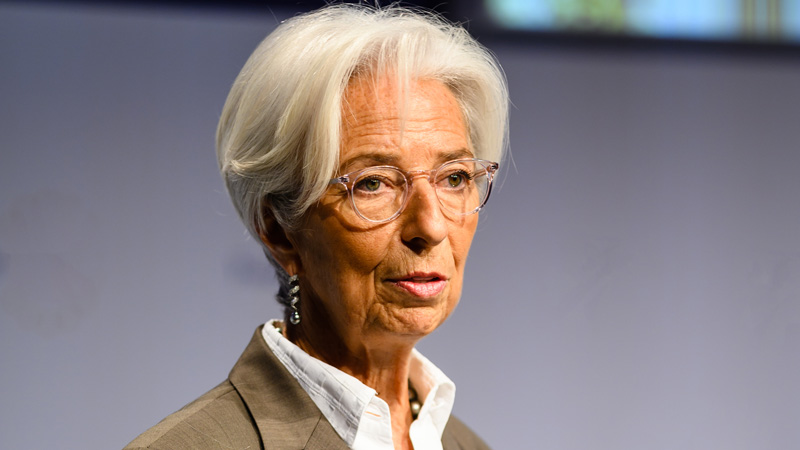 FRANKFURT, Germany (AP) — Suddenly staring recession in the face, European leaders are lining up an array of tax breaks, financial support for companies and likely central bank measures in the hope of preventing the coronavirus outbreak from dealing long-term damage to the economy.

Expectations have grown that European Central Bank officials will announce more monetary stimulus when they meet Thursday, after the Bank of England acted Wednesday and the U.S. Federal Reserve last week.

The European Commission plans to set up a 25 billion-euro ($28 billion) investment fund to support the health care system, businesses and labor market measures. The Italian government is offering an aid package of about the same size.

Yet any such actions will likely be more damage limitation than cure.

Monetary stimulus and government spending can spur demand for goods. But the coronavirus deals a shock from the supply side by closing businesses and making people stay home, highlighted by Italy’s dramatic decision this week to limit travel and public gatherings across the country. Lower interest rates or tax cuts cannot solve that.

Meanwhile, action to help the 19 countries that use the euro currency faces constraints from the lack of a large central treasury, a hurdle other large economies like the U.S. and China do not face.

The best policymakers can do for the economy is to prevent the virus from dealing prolonged damage even after the outbreak ends, to keep small- and medium-sized companies that provide most of the jobs in the economy from going out of business due to a short-term issue beyond their control.

Among the most affected are companies involved in travel. The number of people going through European airports is expected to fall by 187 million this year, hurting hotels, restaurants, cabdrivers and airlines. Lufthansa is cutting up to half of its flights from April. Ryanair suspended all flights to and from Italy. Exhibition centers have seen trade fairs postponed and football matches are taking place in empty stadiums.

The investment fund announced Tuesday night by European Commission President Ursula von der Leyen is drawn from the existing EU budget. The 25 billion size of the fund is only around 0.1% of the annual 18.8 trillion euro ($20.7 trillion) EU economy.

Von der Leyen said national leaders including German Chancellor Angela Merkel and French President Emmanuel Macron agreed during a video conference Tuesday to “use all the tools at our disposal so that the European economy weathers this storm.” That includes being flexible in EU rules limiting debt and coming up with clear guidelines on permissible state aid to companies.

At the national level, Italy, which has been hit hardest by far by the virus outbreak, is earmarking 25 billion euros to confront the crisis. It will support health services, ensure people do not lose jobs due to travel restrictions and support families by, for example, delaying payments on mortgages and taxes. More detail on the aid is due Friday.

Britain, no longer a member of the European Union but still an important trade partner, made available 30 billion pounds ($39 billion) in its new budget Wednesday to cushion the impact of the outbreak. The Bank of England added stimulus by cutting a key interest benchmark to 0.25% from 0.75%.

Even Germany is softening its opposition to spending more public funds to boost growth. The cabinet has discussed a package of measures including 3.1 billion euros in extra investment spending per year from 2021 to 2024. That is only 0.1% of GDP but experts say it’s a step in the right direction.

The government also agreed to make it easier for companies to put workers on shortened hours. The short-time work program is credited with limiting job losses during the Great Recession in 2009 and with speeding the rebound afterward, since companies kept their workers on and did not need to reassemble a trained factory workforce.

Merkel’s government has for years insisted on balancing the German budget, but the chancellor signaled some flexibility on Wednesday. “We will do what is necessary,” she said. “We’re not going to ask every day what that means for our deficit.”

Merkel said “this is an extraordinary situation … and that should be the case with the stability pact too,” referring to the rules limiting debt for eurozone members.

Analysts say the European Central Bank is likely to agree on more stimulus at its policy meeting Thursday. Possibilities include cutting its deposit rate benchmark deeper below zero, to minus 0.6% from minus 0.5%, effectively pushing banks to lend more money.

The ECB could also raise its current program of bond purchases from 20 billion euros ($22 billion) a month to as much as 40 billion euros ($44 billion) a month and focus more on bonds issued by companies, which would aim at lowering borrowing costs for the private sector. The central bank could also issue more cheap, long-term credit to banks on the condition the money is loaned to businesses.

Yet all this can only “limit the damage to demand,” said Schmieding. He estimates the eurozone economy could shrink 0.4% in the first quarter and 0.5% in the second, putting it in recession. A rebound in the second half would still leave the economy slightly smaller for the year.

Oliver Rakau, chief German economist at Oxford Economics, said Europe might be only beginning to face the need for new investment and financial aid.

“This is a broadly right and a welcome response limiting the hit to household incomes and firm profits,” he said. “But we continue to think that more will be needed, once the fallout from the current economic shock becomes clearer.”