EUR/USD: Draghi Drags It Below Support With Dovish Speech

EUR/USD has been falling in reaction to Draghi's dovish speech. The focus will later shift from the ECB to the Fed ahead of its critical meeting. Four-hour chart shows there is more room for falls. 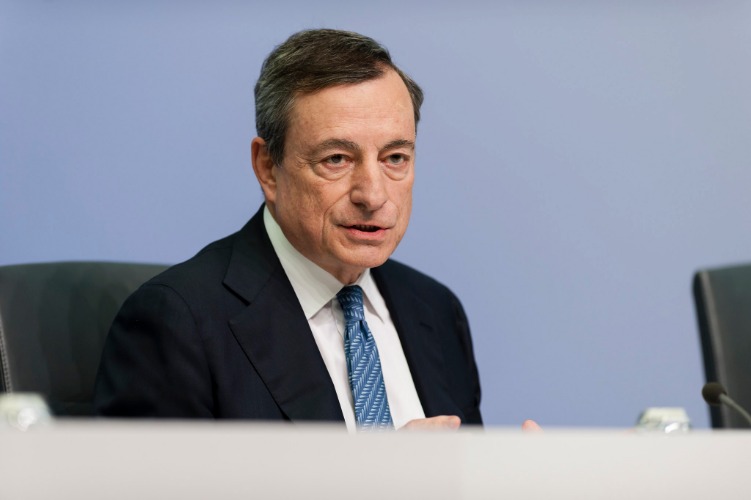 Super Mario has not lost his magic – at least for EUR/USD bears. European Central Bank President Mario Draghi has said that cutting interest rates remains part of the bank’s toolkit – even though the deposit rate is deep in negative territory. Draghi noted that negative rates have proven to be a very important tool.

Moreover, the Italian central banker has stressed that if the outlook does not improve, additional stimulus is needed. And not only interest rate cuts are on the cards. The Frankfurt-based institution may also consider renewing its Quantitative Easing (QE) program which has “considerable headroom” according to Draghi.

Draghi has been speaking in the ECB’s annual conference in Sintra, Portugal – in an event which draws many academics. However, Draghi’s intentions are not theoretical – the bank will deliberate the situation and the potential instruments.

In the US, tensions have been mounting ahead of the Federal Reserve’s decision on Wednesday. Similar to the ECB, the Fed may also consider rate cuts – but probably not at this meeting. Fed Chair Jerome Powell and his colleagues are set to change their guidance and hint about slashing rates. Markets are pricing in two cuts this year, but the Fed may not necessarily go that far – they had last projected leaving them unchanged for the remainder of the year. 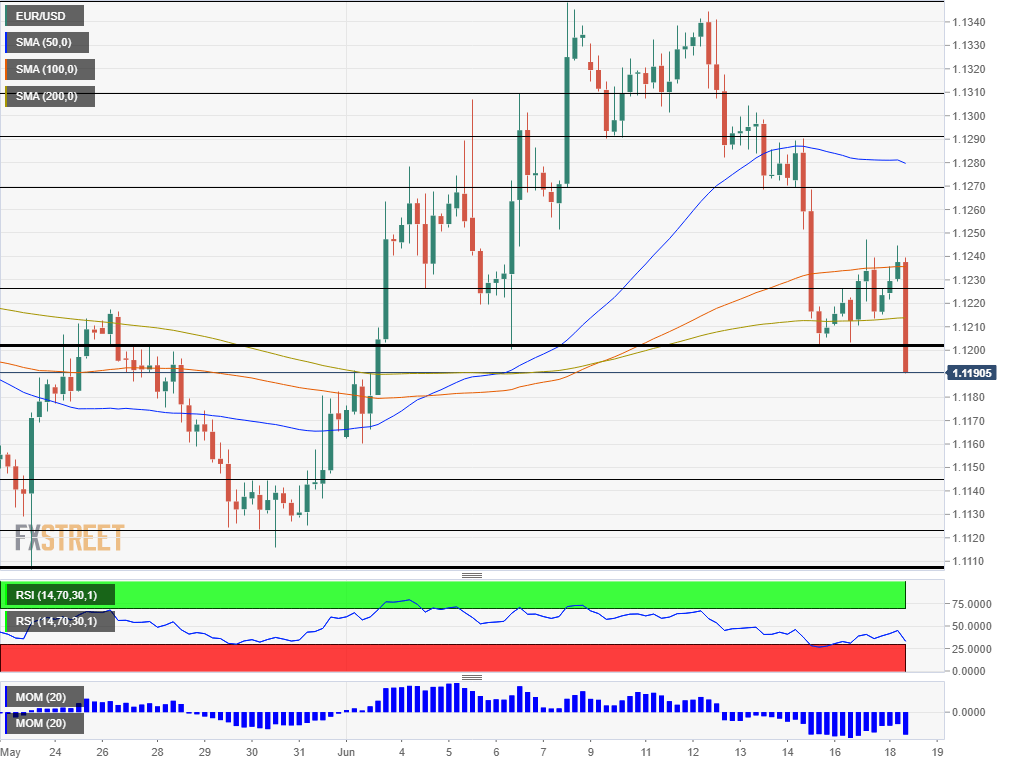 EUR/USD is suffering from significant downside momentum on the four-hour chart. Draghi’s words have sent it below the 100 Simple Moving Average it had struggled to cross and below the 200 SMA.

The world’s most-popular currency pair dropped below 1.1200, which is not only a psychological round number but also provided support in recent days as well as in early June.

Overall, bears are in full control.