As Sam Sees It: As a New Year Kicks Off, It’s Time for Investors to Break Out the Barbell

Each week, we tap the insight of Sam Stovall, Chief Investment Strategist, CFRA, for his perspective on the current market. 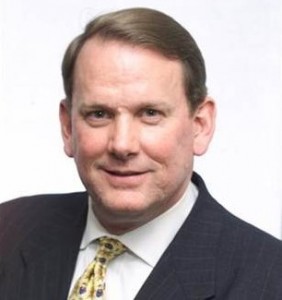 EQ: Minutes from the Fed’s December meeting were released Wednesday. While we know the FOMC decided to raise rates, the minutes did reiterate the Fed’s concern that inflation may continue to stay below its 2% target. What does this tell us about the Fed’s expectations for the economy as we kick off 2018?

Stovall: First off, it tells us that things really haven’t changed because a sluggish growth in inflation has been a concern of the Fed for quite some time now. Our belief is that inflation might even become a bit more challenging in this new year because, initially, our estimate was for a 2.1% year-on-year change by the fourth quarter. That has now been reduced to a 1.9% rise in core CPI by the end of the year. So, inflation might continue to be a challenge and remain below that critical 2% threshold. 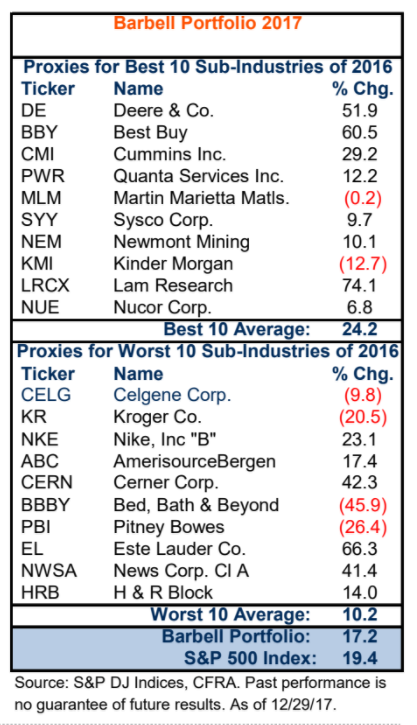 EQ: In this week’s Sector Watch report, you unveiled this year’s Barbell Portfolio, which is comprised of the top 10 and bottom 10 sub-industry groups in the S&P 500. Before we look at this year’s names, how did the portfolio do last year?

Stovall: Last year’s portfolio underperformed the market as a whole by two percentage points. While the 10 high-momentum sub-industries and their corresponding individual companies significantly outperformed the S&P 500, rising an average of 24.2% versus the market’s 19.4% gain, it was the “dogs”—or underperformers from 2016—that did not stage a recovery in 2017. This group was up 10.2% for the entire year. As a result, the Barbell Portfolio itself was up 17.2%. It still did well, but just not as well as the S&P 500.

I should add that this technique since 1991 has posted an average compound annual return of 13.6% versus the S&P 500’s 8.1%, excluding dividends. It’s also outperformed the S&P 500 70% of the time, whereas looking either at just the top 10 or the bottom 10 has outperformed the market only about 60% of the time. There’s no guarantee this will work in the future, but taking a bit from either extremes has boosted the performance as well as reduced the overall volatility.

EQ: In order to create the portfolio, you use proxy stocks to represent the sub-industry groups since there aren’t enough ETFs to do so. How do you decide which stocks best represent their respective groups?

Stovall: Well, people like to ask me, “What does an investment strategist do?” And I say to them, the analysts do the work and I take the credit. So, in this case, I’m leaving it to the analysts. I used our MarketScope Advisor electronic research platform to do the screening, looking for the particular sub-industry and then filtering which companies have the highest buy, hold or sell ranking—called STARS.

If there is simply one company with the highest investment ranking, then it’s a no-brainer. I just select that one. If, however, I have more than one that have similar rankings of buy or strong buy, then the tie goes to the larger of the two companies, because the S&P 500 is a market-cap weighted index.

EQ: Looking at this year’s portfolio, are there any common themes in the best- and worst-performing groups that stand out?

Stovall: Not surprisingly, a lot of the worst-performing groups were from the Consumer Discretionary category, such as Advertising, Automotive Retail, Leisure Products, and Motorcycle Manufacturers. Add to that some of the Oil & Gas categories, which have done quite poorly, such as Oil & Gas Drilling as well as Oil & Gas Equipment & Services. Since it’s those groups that have been laggards for most of 2017, you can include Consumer Staples as well. 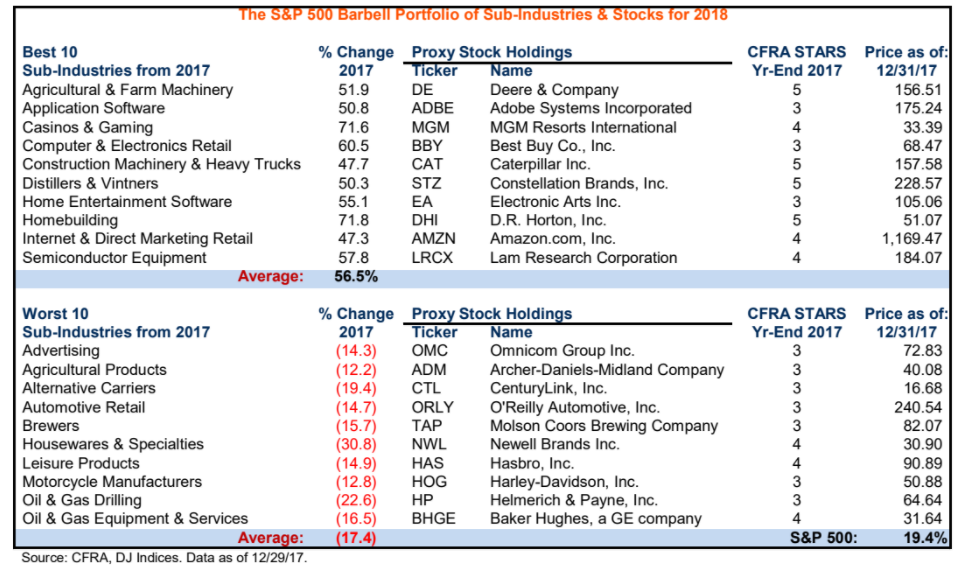 Stovall: That’s correct. Essentially, a company that has outperformed in one year has a very good chance of continuing that outperformance in the year ahead. Rarely does a company go for an extended period of time in a leadership role, but this is a rules-based investment strategy, so I want to make sure that I remove the human impulse to overrule the rules. That’s why I left them in.