$17.6 Billion Flowed Into Growth Funds in May At the Expense of Value Funds

The MSCI U.S growth index has gained 10.25% this year, while the value index lost 15.77% through Wednesday. 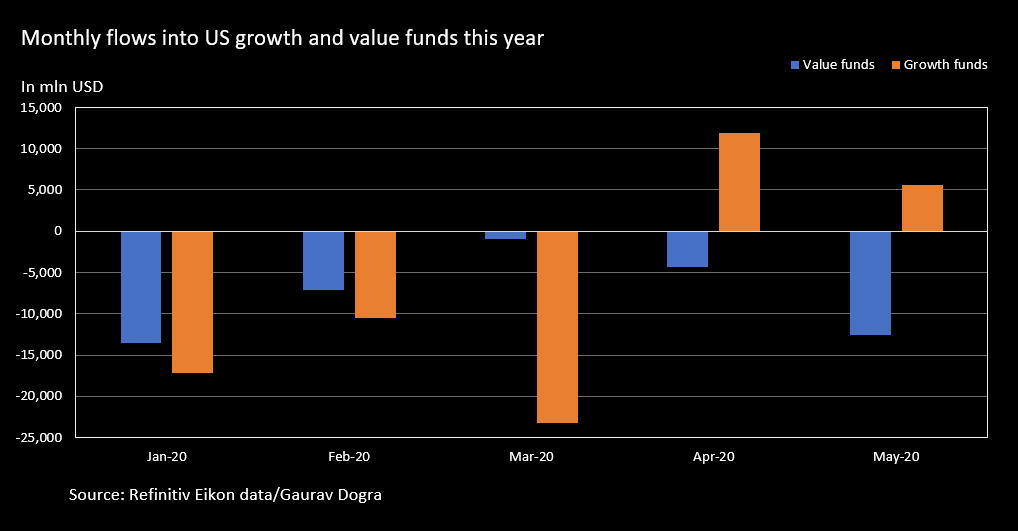 (Reuters) – U.S. investors have ramped up investments in growth funds over the past few months on expectations of higher returns and safety, while they dumped value funds despite cheaper prices after this year’s pandemic-linked selloff.

Data from Lipper showed U.S.-growth funds attracted $17.6 billion in April and May, while value funds witnessed outflows worth $16.9 billion.

“A strong argument for the growth side is that the largest companies like Apple, Amazon, Google etc, have grown their earnings power to the point where on an operational basis, they generate so much cash and can finance anything they want to do with their stock, or by borrowing,” said Yale Bock, founder of YH & C Investments in Las Vegas.

“Investors only want to own those entities because they are all large, safe, and have a history of being able to generate high returns on capital along with strong top line growth.”

Growth funds invest in stocks with higher potential to outperform the broader market, while value funds put money in those with lower valuation ratios such as price-to-earnings.

On the other hand, financials and energy stocks, which have been hit by lower interest rates and a slump in oil prices, form a major chunk of U.S. value stocks.

The MSCI U.S growth index has gained 10.25% this year, while the value index lost 15.77% through Wednesday. 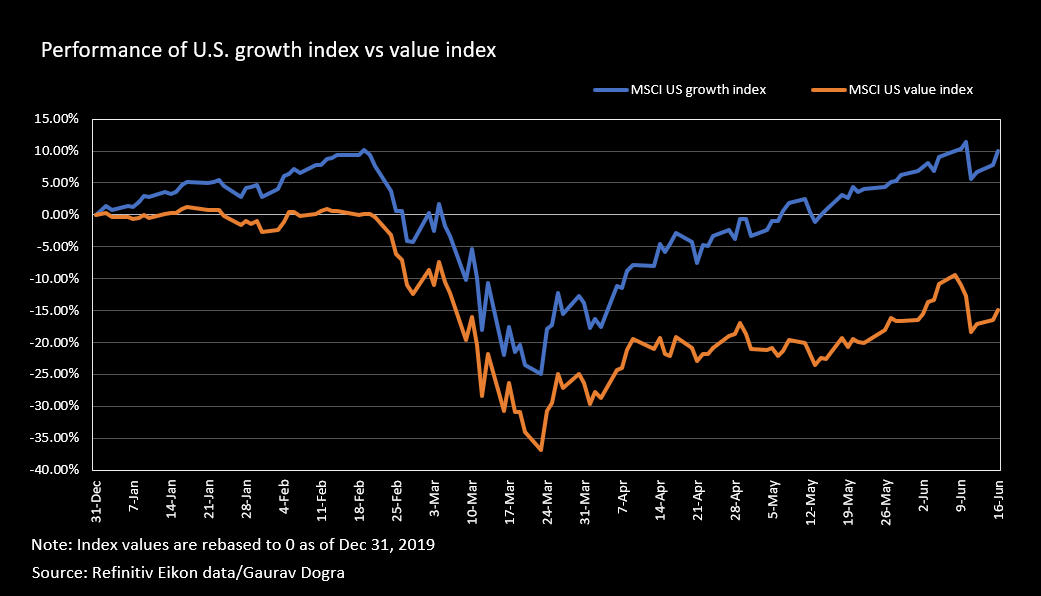 However, some analysts said the outperformance of growth stocks is unlikely to be sustained in the coming months.

“There is a tremendous amount of uncertainty on revenue and earnings in this environment and, as growth slows down, the high multiple stocks have a far longer way to go down than value stocks that are already trading with low multiples,” said Sam Hendel, president at Levin Easterly Partners. 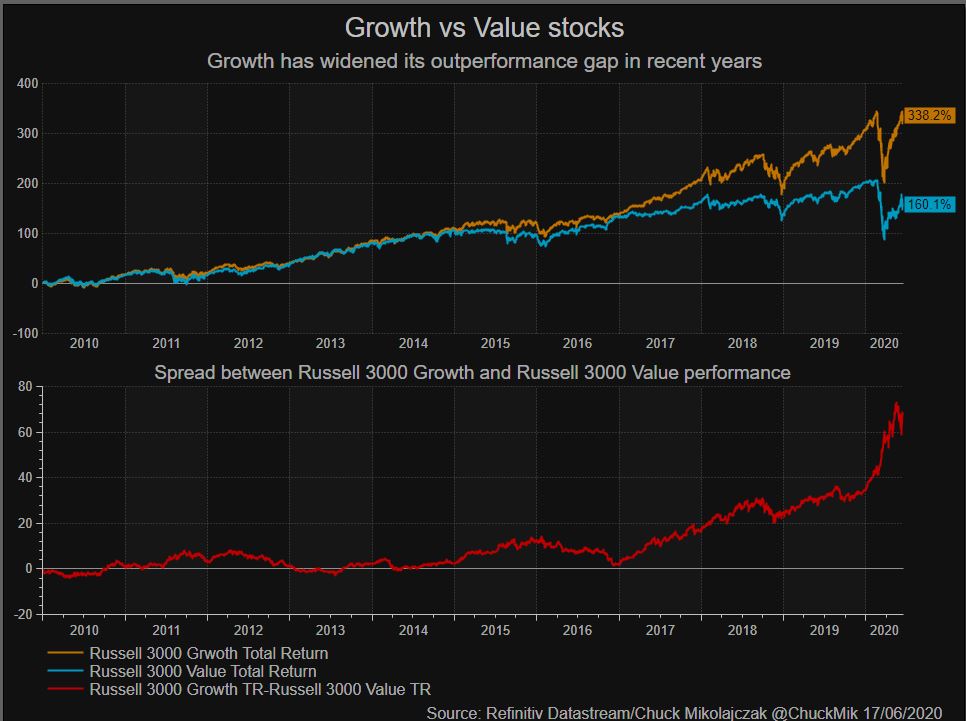