I didn't think it was possible before yesterday, but Libra has the potential to fall apart. 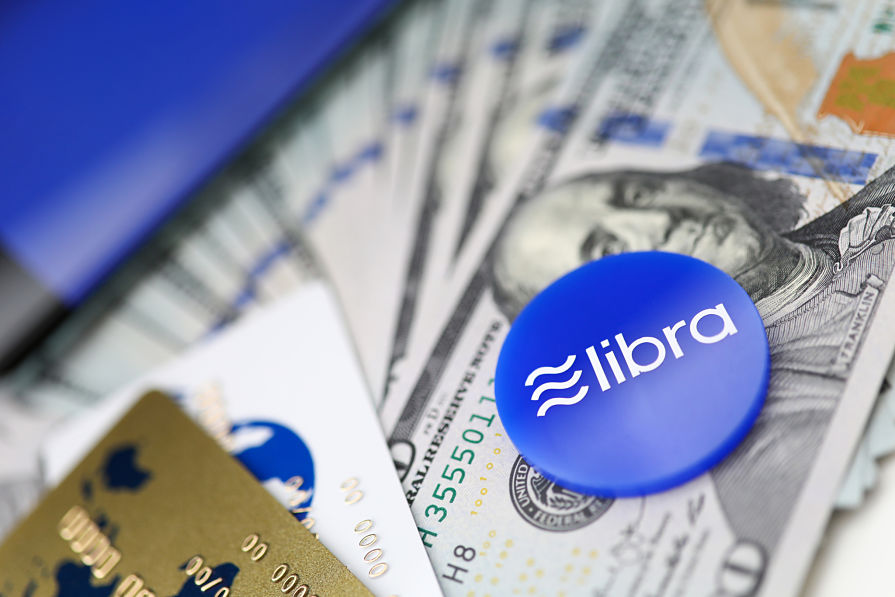 Mark Zuckerberg put on a suit for the second time in public yesterday – and he chose a maroon tie. While a lot was said yesterday between Facebook’s founder and US policymakers, it was conversations about Libra, Facebook’s digital currency, that, I believe, were the most interesting.

Zuckerberg’s new strategy for convincing the House Financial Services Committee: patriotism. Yes, in response to Libra being called a threat to the US dollar and America’s influence over the global financial system, Zuckerberg’s rebuttal was essentially, Facebook can build an American cryptocurrency or China will.

Congresswoman Maxine Waters of California, chair of the Financial Services Committee, voiced her concern about Libra rivaling the dollar, and also dropped this hammer on Zuckerberg. “I have come to the conclusion that it would be beneficial for all if Facebook concentrates on addressing its many existing deficiencies and failures before proceeding any further on the Libra project,” said Waters. “Perhaps you believe that you’re above the law, and it appears that you are aggressively increasing the size of your company, and are willing to step over anyone, including your competitors, women, people of color, you own users and even our democracy to get what you want.”

Zuckerberg did have some self-awareness about Facebook’s poor track record when he said in his opening statement, “I believe that this is something that needs to get built… I get that I’m not the ideal messenger for this right now.”

And while I found Waters very poignant and Zuckerberg typically mechanical, it was Rep. Brad Sherman from California who stole the show. He even had Zuckerberg looking vexed. Here are some highlights:

“Let’s be clear. You are going to make powerful burglary tools and let your business partners commit the burglary. You are going to, with all the power of Facebook, try to create a new currency. You call it Libra, but you are the person behind it, and that’s why I call it ‘Zuck Buck,’” Sherman said. “Cryptocurrency either doesn’t work, in which case investors lose a lot of money, or it does achieve its objectives in displacing or interfering with U.S. dollar as the sole reserve currency in the world,” Sherman continued. “The U.S. dollar is an excellent currency as a means of account. It serves all the needs except that it’s really bad for tax evaders, drug dealers and terrorists. That unmet need can be met by cryptocurrency.”

Zuckerberg’s response to Sherman and others was that Libra was about helping the underbanked and unbanked populations across the world. Sherman fired back:

“The poor and unbanked need pesos and dollars that they can buy something at a local store,” he said. “You should create a payment system with a close-to-zero fee. But real money will be in [the hands of] tax evaders and, to some extent, drug dealers… I know you’ve got at least 100 lawyers who will tell you what you’re doing is legal and that you’ll be safe. But given the harm that this can do, they could be very wrong. And if this explodes the way it might, you’ll not be able to hide behind the idea that you didn’t create the Libra organization.”

Sherman ended his speech by saying he felt it disrespectful for one of the richest men in the world to come in front of Congress and hide behind poor people (other members of Congress also pointed out Facebook’s lousy track record of helping minorities in addition to Waters, Zuckerberg’s face was as expressionless as I have ever seen it, and that is saying something. Besides Sherman being a worthy adversary for cryptocurrency on the Hill, a few things were established:

Obviously, Zuckerberg came to Capitol Hill with the intention of remaining calm and holding up under the heat of questioning. He did that in large part except for when he was discussing Libra – and with in inexcusable response when Rep. Alexandria Ocasio-Cortez asked him if she could make a political ad with a blatant lie and he responded, “Congresswoman, I don’t know the answer to that off the top of my head.” Seriously? How does he NOT have an answer to that?

Further, Zuckerberg could not answer definite questions on when Libra would be funded, what regulations would apply and how Facebook will make money from Libra. Zuckerberg double-downed on the fact that he would wait for U.S. approval before launching Libra and would quit the association if the board tried to start the project without said approval (Zuckerberg also stressed the “Facebook is not Libra” argument quite often). In my mind, this puts the project in jeopardy because the lawmakers yesterday had valid concerns about the havoc Libra would bring, and, if they could have voted to kill Libra, they certainly would have done it. Democratic Congressman Juan Vargas explained what this means in plain language. “The dollar is very important to us as a tool of American power,” Vargas said, and the U.S. “would rather lay sanctions than send our soldiers there” (which Zuckerberg countered by saying Libra was to also help enforce U.S. sanctions, “If we don’t innovate, there’s no guarantee that we can extend those same rules and project that kind of influence around the world going forward”).

If Facebook does wait for regulatory approval, as Zuckerberg promised, it may alter Libra in such a way that it makes the digital currency not as useful, and far from what the company envisioned in its whitepaper. To conclude, the G20 recently looked at Libra and other stablecoins in an analysis of private companies issuing global currencies, and their conclusion was that private companies would essentially open a Pandora’s Box of problems like data privacy and protection, AML/CFT and KYC compliance, tax evasion, fair competition and market integrity. While it might be inevitable that the U.S. eventually issues a digital dollar – Patrick Harker, president of the Philadelphia Fed, said earlier this month that it is “inevitable” but added, “I don’t think we should be the first mover as a nation to do this” – do we really want Facebook to be the one wielding the power of the almighty American dollar abroad?