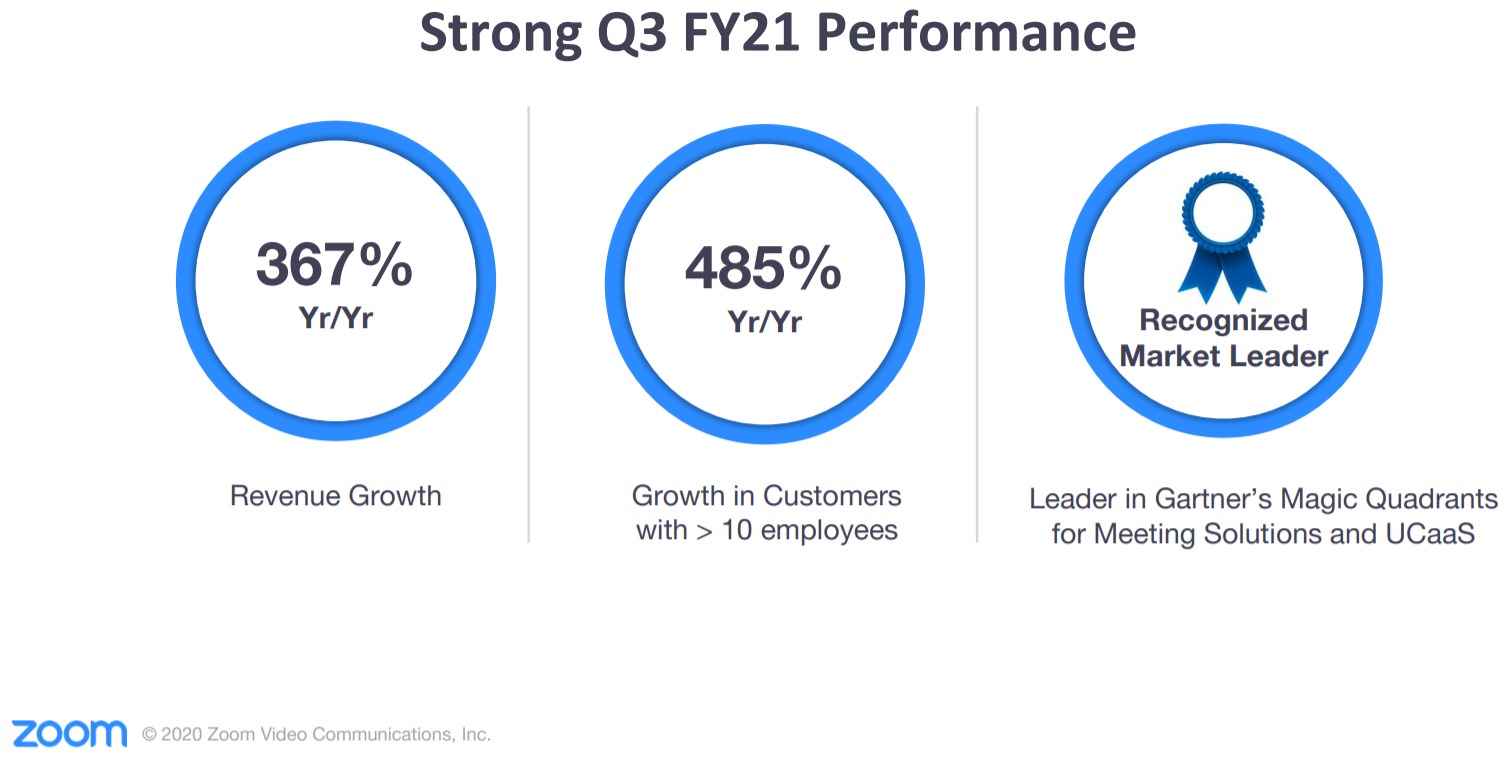 SAN RAMON, Calif. (AP) — Zoom’s videoconferencing service remains a fixture in pandemic life, but its breakneck growth is showing signs of tapering off as investors debate whether the company will be able to build upon its recent success after a vaccine enables people to intermingle again.

For now, Zoom is thriving as tens of millions of people who never heard of the service at the beginning of the year rely on its video meeting tools to connect with their co-workers, teachers, friends and family while efforts to fight contain the pandemic prevent them from going into offices, schools and most many other places. That dependence boosted Zoom’s fortunes, producing a pandemic-driven success story that was highlighted again Monday with the release of the company’s quarterly results for the August-October period.

Zoom’s revenue more than quadrupled from the same time last year to $777 million, yielding a profit of $198 million, up from just $2.2 million a year ago. Both those figures easily topped the estimates among analyst surveyed by FactSet Research, but Zoom’s stock still shed 4% in Monday ’s extended trading after the numbers came out.

While that slowdown was considered an inevitable, the drop-off is nevertheless causing many investors to start considering the possibility that Zoom won’t be able to maintain the momentum it gained from this year’s stay-at-home orders after a substantial portion of the population is vaccinated against the novel coronavirus that has killed more than 1.4 million people worldwide.

As more investors have conclude Zoom has already reached its zenith, the company’s stock price has fallen more than 20% from its all-time high of $588.84 reached last month. Despite the decline, the shares are still more than six times higher than where they ended last year.

Those still betting on Zoom believe many subscribers who signed up for subscriptions to the videoconferencing service during the pandemic will continue to pay for it after the crisis is over as companies continue to limit the number of employees into their offices and cut back on business travel after learning how much can be accomplished in virtual meetings.

In a reflection of the high hopes for Zoom, analysts polled by FactSet predict the company’s revenue next year will reach $3.1 billion. That would be a roughly 20% increase from the nearly $2.6 billion revenue that Zoom is projecting for this year.

Nucleus Research analyst Trevor White thinks Zoom is more likely to become known as a “one-hit wonder” after the pandemic, partly because of competition from bigger companies such as Microsoft and Google that can also bundle together other business products with their videoconferencing services.

“Zoom’s spike in consumer demand has given it a competitive edge that cannot transition well into the reopened economy,” White predicted.