With Limited Legal Options, Trump May Turn to Giuliani To Defend Him Against Impeachment 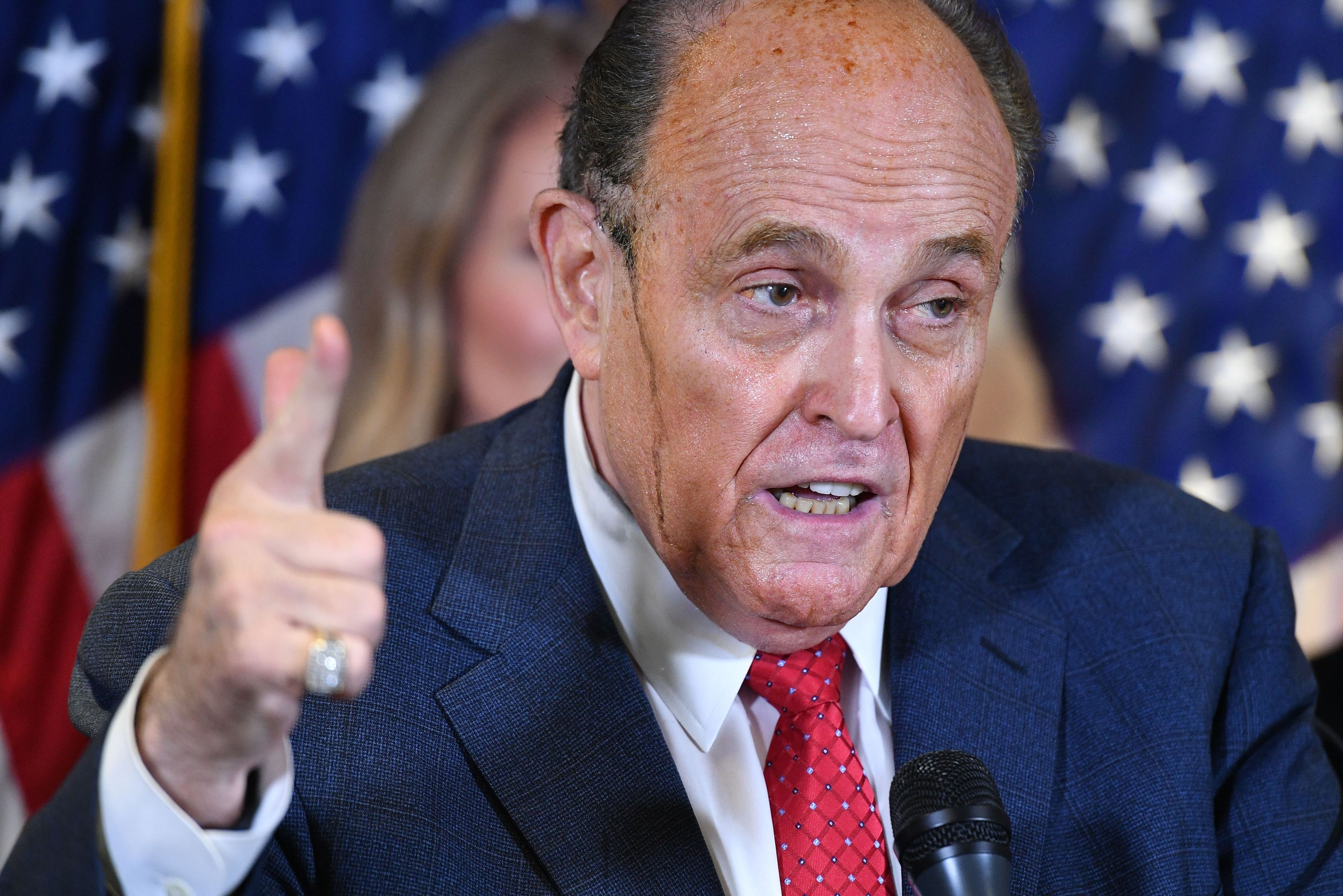 By Karen Freifeld and Steve Holland

(Reuters) – President Donald Trump may turn to Rudy Giuliani to defend him against possible impeachment over his role in last week’s violent siege of the U.S. Capitol, according to two people familiar with the matter.

One of the sources, an outside adviser to the White House, said Giuliani was expected to play a lead role in any impeachment effort. The other source familiar with the situation said Giuliani, a personal attorney of the president, would likely provide the kind of representation Trump wants.

Giuliani, 76, led the legal team that tried unsuccessfully to overturn Trump’s election defeat. It failed to produce any evidence of significant fraud and lost dozens of court cases in key battleground states and at the Supreme Court before President-elect Joe Biden’s victory was confirmed.

Giuliani’s own reputation was battered during the often chaotic legal campaign. In one news conference, brown dye dripped down his face as he laid out false claims of election fraud, and he was ridiculed for another event held in the parking lot of a Pennsylvania landscaping company next to a sex shop.

The former mayor of New York City did not respond to requests for comment on his role in a possible impeachment trial, and the White House declined to comment.

Democratic members of the House of Representatives are expected to introduce articles of impeachment this week, accusing Trump of inciting a mob of his supporters to storm the U.S. Capitol last Wednesday.

If the House votes to impeach Trump, he would then face a trial in the Senate. While a House vote could come quickly, Senate Majority Leader Mitch McConnell has suggested that there would be no Senate trial until after Trump leaves office.

House Majority Whip James Clyburn also said on CNN that lawmakers might wait to send the impeachment article to the U.S. Senate for a trial to give Congress time to approve Biden’s Cabinet nominees and other agenda items.

Trump’s choice of lawyers to defend him may be limited.

He has had trouble attracting top-notch legal talent dating back to former Special Counsel Robert Mueller’s probe of Russian interference in the 2016 presidential election, and the widespread condemnation of the violence at the Capitol may discourage others from signing up.

But Cipollone considered resigning last week after the siege at the Capitol, according to a source, and he and other White House lawyers will be out of their jobs anyway when Trump leaves office on January 20.

Longtime personal lawyers for Trump such as Jay Sekulow are not expected to defend the president, people familiar with the matter said, although Sekulow has been involved in everything from the Mueller probe to the impeachment over Ukraine to fighting a subpoena for Trump’s tax returns.

Alan Dershowitz, the Harvard Law professor emeritus who argued as part of the defense in Trump’s impeachment trial last year, told Reuters on Friday that he would be honored to help defend Trump given the First Amendment issues, if asked.

But on Sunday, he said he had not made a decision. He also said he did not think there would be a meaningful role for a lawyer this time around, with a quick impeachment in the House and unlikely trial in the Senate.

Giuliani has been an outspoken Trump supporter since his first run for president. He became a personal lawyer for him during the Mueller probe, which found that Trump impeded the investigation but stopped short of concluding he had committed a crime.

Giuliani’s own pressure on Ukraine helped lead to Trump’s impeachment trial last year and he also played a role in events leading to the violence at the Capitol, which led to the deaths of five people, including a police officer.

At a rally before the riot, Trump repeated his false claim that he had won the election and told supporters to march to the Capitol and “stop the steal.” Giuliani also gave a speech at the rally, saying, “Let’s have trial by combat.”

Some lawmakers have said Giuliani should be disbarred.

Other lawyers who defended Trump in the earlier impeachment including Ken Starr, Jane Raskin and Robert Ray would not say whether they would do so again.

Ray, a former independent counsel, said he saw inciting violence as a viable legal theory, but that Trump’s defense would likely be that he was trying to make a political point, not harm anyone or incite violence.

“Reasonable people could disagree about that,” said Ray. But, he added, going forward with impeachment was “not in the country’s best interest.”