Which Industries Benefit the Most After a Hurricane?

Some of your assumptions are accurate; some not so much.

On behalf of everyone at U.S. Global Investors, I’m extending strength and resilience to the people of Florida, where more than half a million homes and businesses were still without power as of Monday morning. Hurricane Ian is already believed to be among the costliest hurricanes in U.S. history, with the upper range forecast at $70 billion in damages. That would put it in at least the top 10 costliest storms, adjusted for inflation. 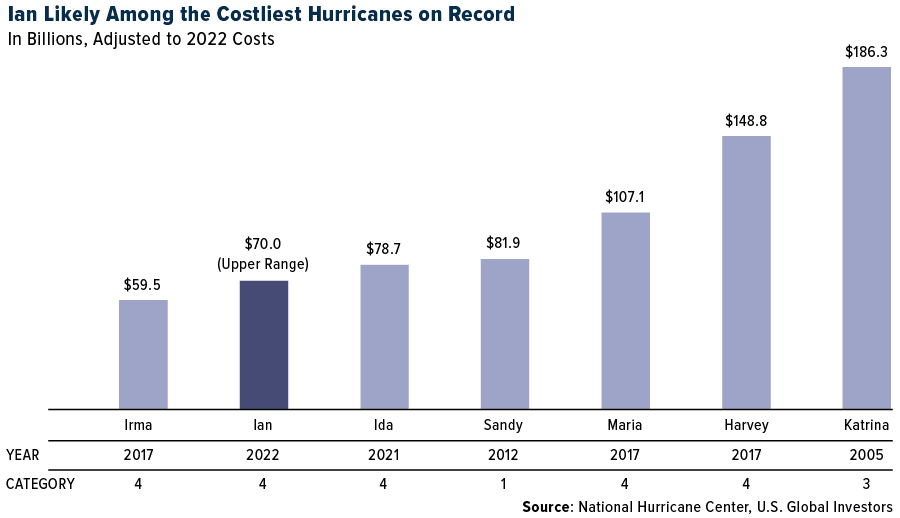 Of particular concern is Florida’s systemic lack of flood insurance. Just 18.5% of homes in Florida counties that were told to evacuate have coverage through the National Flood Insurance Program (NFIP), which is administered by the Federal Emergency Management Agency (FEMA).

Most regular homeowners’ insurance policies don’t cover flood damage, which is why Congress created the NFIP in 1968. But at an average cost of $995 a year, according to Forbes, the insurance may be out of reach to many households.

I can’t stress how important it is to have this type of coverage, though, especially if you can afford the premiums and live in regions where flooding is possible.

I’m sure many of you have seen the videos of entire first floors of some Florida homes completely inundated with floodwater. According to FEMA, each additional inch of water that floods a home or business increases the total repair cost by a shocking multiple. Even one inch of water in a typical 2,500-square-foot house can carry a price tag approaching $27,000. That $995-per-year NFIP payment starts to look a lot more attractive. 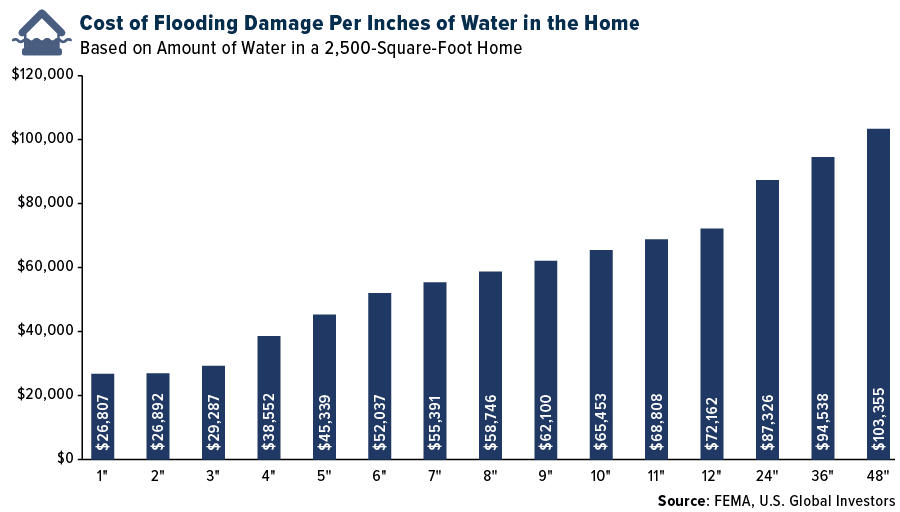 As an investor, you may have hedged your securities to reduce the risk of loss in your portfolio. Some typical strategies include buying put options, futures contracts and other financial instruments, or investing in assets such as gold that have a negative correlation to stocks. It might be helpful to think of flood insurance as a hedge on the investment you’ve made in your home.

Ian Could Cost Insurance Industry $20 Billion at the Least

As for the insurance industry, Hurricane Ian will be an “historic event,” potentially costing it upwards of $20 billion, says Andrew Siffert, senior meteorologist with global insurance broker BMS. “This does not count litigation amplification that could result,” he writes.

Though you may disagree, Siffert asserts that Florida is a “textbook for disaster by design.” In the city of Cape Coral, for instance, many homes and businesses have been built along canals. This raises their value as expected, but it also raises the cost to repair or replace them. What’s more, a large percentage of these homes are owned by snowbirds who may not have had the chance to make the appropriate preparations before the storm made landfall.

Insurance Companies Have Underperformed on Average, but Not by Much

After learning that the insurance industry could be on the hook for $20 billion or more, you may well believe that shares of property and casualty insurance companies will crater in the coming days and weeks. Indeed, conventional wisdom says to avoid insurance stocks until after hurricane season, which can last between June and November.

The truth is that some industries have historically seen a greater negative impact from hurricanes. A 2018 analysis by Morgan Stanley found that the industry with the highest exposure to hurricanes was, believe it or not, “branded apparel and footwear.”

The reason for this may be that many retailers like to build along popular, heavily trafficked coasts and beaches frequented by affluent residents and tourists. Nearly a quarter of stores owned by PVH Corp. ( Chart PVH - $92.06 0.29 (0.314%)  ), parent company of Calvin Klein and Tommy Hilfiger, can be found in hurricane prone areas. 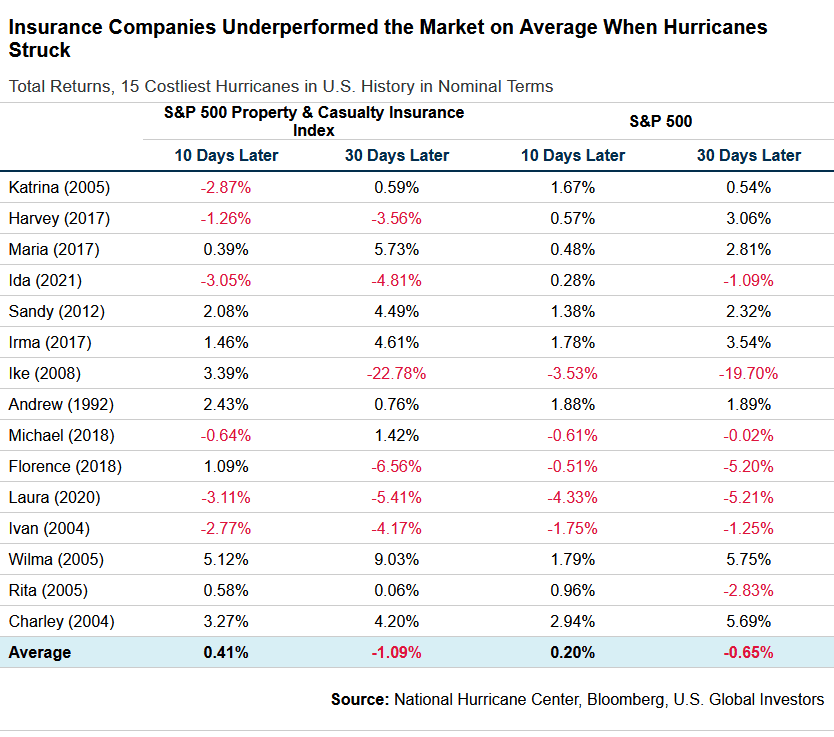 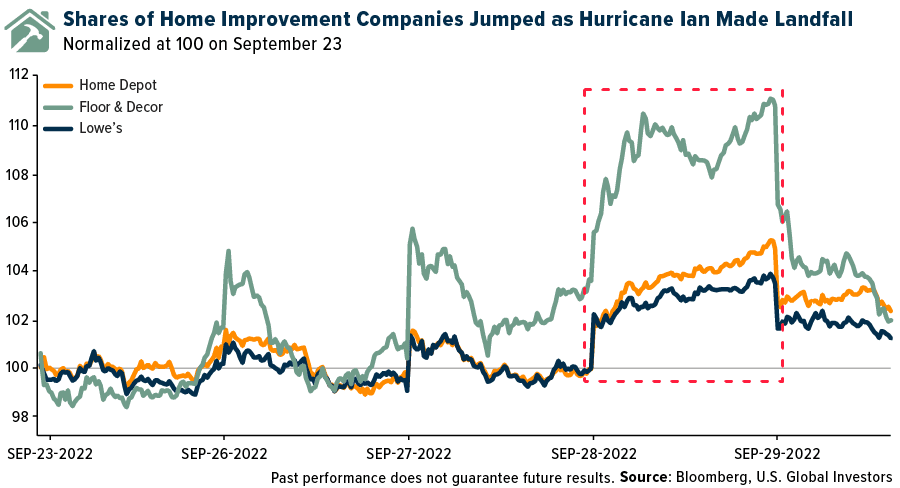 Home Depot, one of our favorite stocks, was on track to close the week up nearly 3%, even as it’s set to record its second straight month of negative returns.

Again, I want to emphasize that my thoughts and prayers are with those whose lives have been impacted by Hurricane Ian.

You can help support disaster relief efforts by donating to the American Red Cross. Make a donation by clicking here.