What a US Rate Cut Could Mean for Gold Prices

If you believe negative rates are a real possibility, an allocation to gold and gold stocks might make a lot of sense right now. 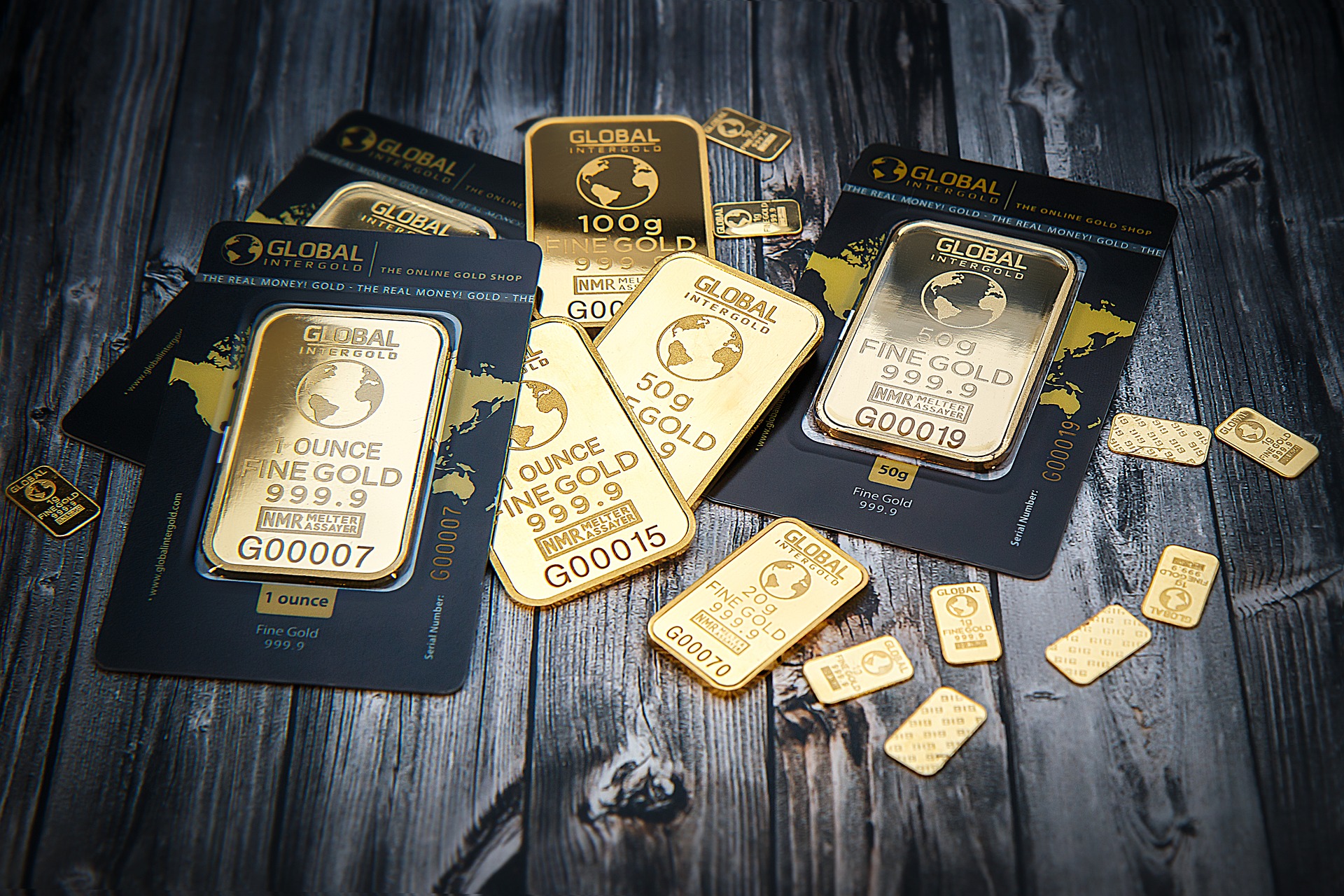 Stocks surged last Friday following a U.S. jobs report that, to put it mildly, fell far below expectations.At first this might seem counterintuitive. Shouldn’t signs of a slowing economy act as a wet blanket on Wall Street?

Not necessarily. Investors, it’s believed, are responding to the expectation that the Federal Reserve will have no other choice than to lower interest rates this year in an attempt to keep the economic expansion going. Earlier this month, Fed Chair Jerome Powell himself commented that he was prepared to act “as appropriate” should the global trade war risk further harm. President Donald Trump has also renewed his attacks on Fed policy, calling last December’s rate hike a “big mistake.”

So a rate cut looks more and more likely in 2019, perhaps as soon as this summer. And investors rejoice.

The thing about rate cuts, though, is that they’ve often telegraphed a recession, as you can see in the chart below. The blue line represents the New York Fed’s probability of a recession 12 months out, based on the spread between the 10-year and three-month Treasury yields. In the past, this probability spiked about a year following the beginning of a rate cut cycle. Today, as monetary easing is widely expected, the chances of a slowdown one year from now stand at just under 30 percent.

No one seems particularly certain a rate cut will succeed in thwarting a potential recession. In a note to clients this week, Morgan Stanley equity strategist Michael Wilson wrote that “Fed cuts may come too late. Fed could cut as soon as July but it may not halt slowdown/recession.”

And because the Fed waited so long to begin raising rates in late 2015, it has noticeably less gun powder, as it were, to address recessionary risks compared to past instances. Historically, rates have been lowered between 500 and 550 basis points on average to head off an economic slowdown. With the federal funds rate at around 2.4 percent right now, such a decrease just isn’t possible.

Unless, of course, negative rates were introduced here in the U.S. as they have been in the European Union (EU), Japan and elsewhere. These policies effectively punish people and businesses that save, in effect motivating them to spend.

Five-Year Anniversary of Negative Rates in the EU

This week, in fact, marks the fifth anniversary since the European Central Bank (ECB) lowered rates into negative territory. Since that time, European banks have paid as much as 21.4 billion euros ($24.2 billion) in revenues to the ECB, CNBC reports.

According to the report, German banks account for a third of all deposit charges, followed by French and then Dutch banks. The Swiss National Bank (SNB) is also expected to maintain negative rates through 2021.

Curious to know what effect this might have on fixed income? Take a look at the yield on the 10-year German bund. On Friday it hit an all-time low of negative 0.257 percent, meaning investors were paying the government for the pleasure of holding on to its debt. Adjusted for inflation, that rate was even lower. 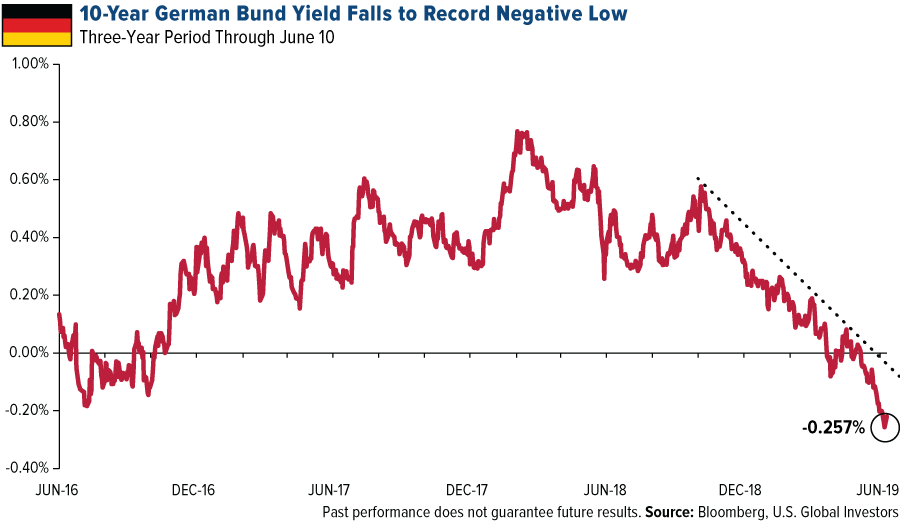 Gold Has Thrived in a Negative-Yield Environment

So will we see negative rates here in the U.S.? There’s no indication of that right now, but again, in the event of an economic slowdown, the Fed will be very limited in its capacity to loosen monetary policy before other measures must be considered.

If you believe negative rates are a real possibility, an allocation to gold and gold stocks might make a lot of sense right now. In the past, gold prices have surged when real yields fell into negative territory. (The real yield is what you get when you subtract the annual inflation rate from a government bond yield.)