US Government, Walgreens and CVS Kick Off Drive To Vaccinate Nursing Home Residents Against COVID-19 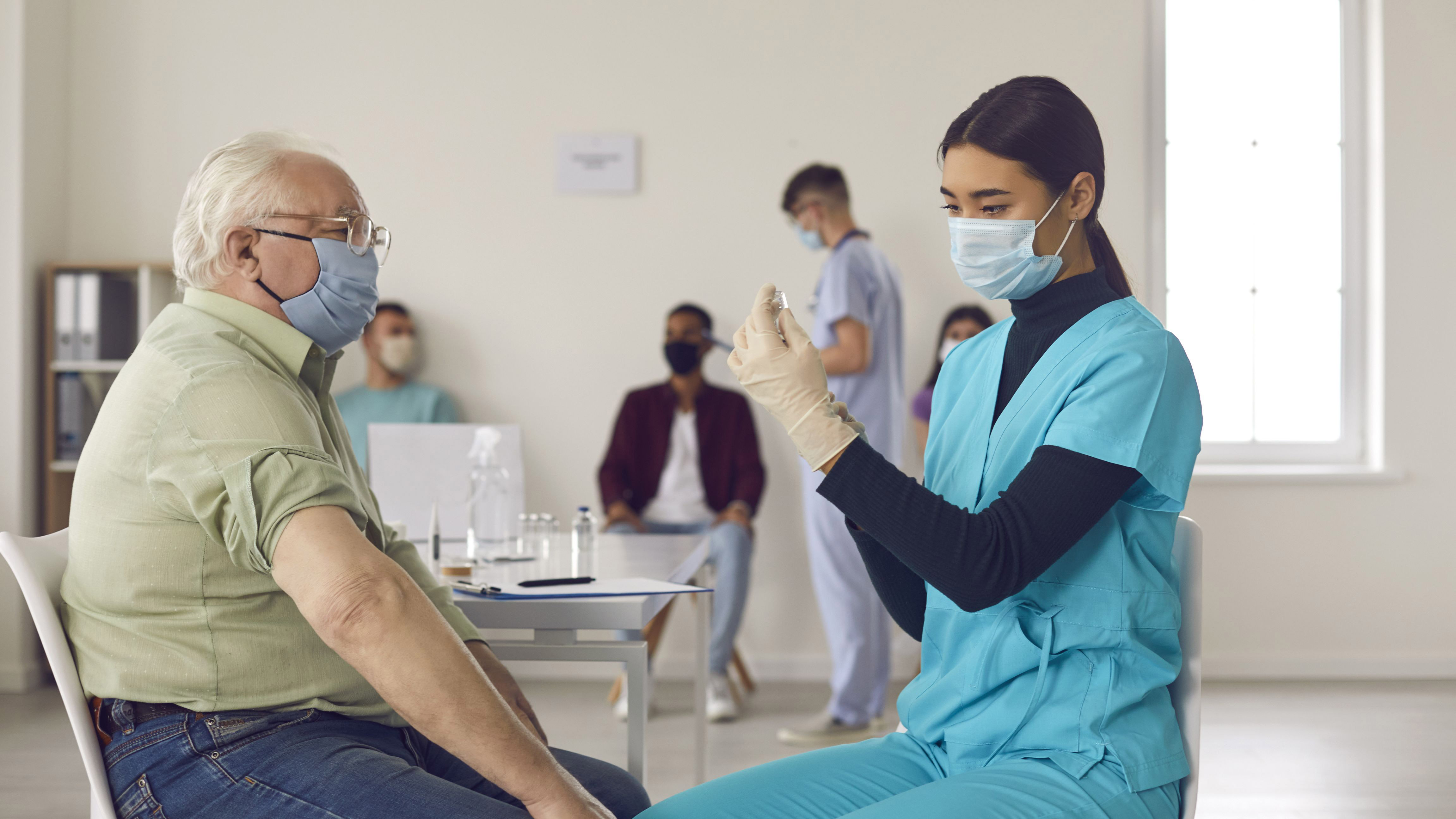 By Carl O'Donnell and Richa Naidu

NEW YORK (Reuters) -The U.S. government and two of the nation’s largest pharmacy chains kick off a nationwide campaign to vaccinate nursing home residents against COVID-19 on Monday, a week after the first vaccines authorized in the country began being administered to healthcare workers.

The program is the latest effort to control a pandemic that has killed more than 300,000 people in the country and is straining the capacity of healthcare systems in some states.

The United States has two authorized vaccines against the virus, one developed by Pfizer Inc and German partner BioNTech SE that was cleared for use on Dec. 11 and one by Moderna Inc that was approved on Friday.

Some 2.9 million shots of the Pfizer vaccine were distributed last week and mostly given to healthcare workers. The first Moderna injections are expected to begin being administered on Monday. About 7.9 million doses of the two shots are being distributed nationwide this week.

Among those set to receive the vaccine on Monday is President-elect Joe Biden, who plans to make public display of his injection to boost confidence in its safety.

The U.S. government is urging states to prioritize those at greatest risk from the virus because vaccine supplies remain limited. A top U.S. official said on Saturday that the government may not meet its original goal of inoculating 20 million Americans by the end of the year, with some of those planned doses dragging into January.

Many states have put healthcare workers and nursing home residents first in line for vaccinations, in keeping with recommendations from the U.S. Centers for Disease Control and Prevention.

Older people in nursing homes have accounted for a disproportionate number of deaths in the pandemic.

The U.S. death toll has accelerated in recent weeks to 2,627 per day on a seven-day average, totaling 317,878 as of Sunday, with the over all number of cases at 17.78 million, according to a Reuters tally.

The University of Washington’s Institute for Health Metrics and Evaluation has said that U.S. COVID-19 deaths will peak in January, when its widely cited model projects that more than 100,000 people will die as the toll marches to nearly 562,000 on April 1.

Despite pleas from officials urging people to stay home to avoid spreading the virus over the Christmas holidays, air travel rose over the weekend after having receded since Thanksgiving, according to Transportation Security Administration.

More than 1 million people traveled through U.S. airports on each of Friday, Saturday and Sunday, the most since Nov. 29, the TSA said.

A possible bright spot in controlling the pandemic is that the number of COVID-19 patients sick enough to be hospitalized has leveled off since the middle of last week, with Sunday’s total at 113,100, according to a Reuters tally.

Walgreens Boots Alliance Inc and CVS Health Corp are leading a program, in partnership with the federal government, that aims to vaccinate some 7 million people in more than 70,000 long term care facilities.

The companies had already began dosing some residents with Pfizer’s vaccine last week, but their full rollout begins Monday.

Walgreens said it will provide vaccinations this week in about 800 facilities in 12 states. CVS did not specify how many facilities it would visit but said it also plans to begin administering doses in a dozen states.

Some states have opted to wait for access to the Moderna shot, which is easier to transport and store, before vaccinating nursing home residents, the companies said.

Moderna’s shots are also seen as easier to distribute to hard-to-reach rural areas. Pfizer’s shot requires special handling and must be kept at minus 70 degrees Celsius. Both have been shown to be nearly 95% effective in preventing COVID-19.

On Sunday, outside advisers to the CDC recommended that 30 million frontline essential workers should be the next group to receive priority for vaccination, including first responders, teachers, public transit staff and grocery store workers.