Trump May Soon Be Forced To Answer Rape Allegations Under Oath

E. Jean Carroll's attorneys are seeking to depose the former president in a defamation suit after he denied her accusation that he raped her in the mid-1990s. 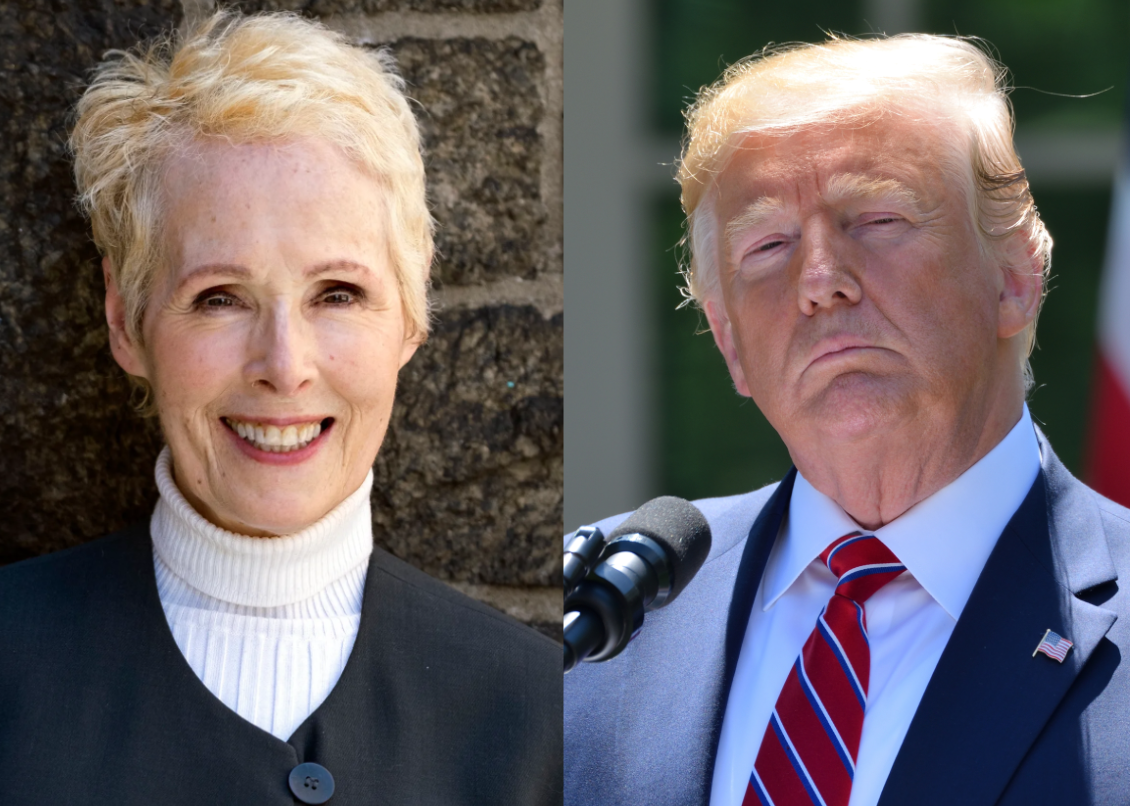 (Reuters) – During a December visit to New York City, writer E. Jean Carroll says she went shopping with a fashion consultant to find the “best outfit” for one of the most important days of her life – when she’ll sit face-to-face with the man she accuses of raping her decades ago, former President Donald Trump.

The author and journalist hopes that day will come this year. Her lawyers are seeking to depose Trump in a defamation lawsuit that Carroll filed against the former president in November 2019 after he denied her accusation that he raped her at a Manhattan department store in the mid-1990s. Trump said he never knew Carroll and accused her of lying to sell her new book, adding: “She’s not my type.”

She plans to be there if Trump is deposed.

“I am living for the moment to walk into that room to sit across the table from him,” Carroll told Reuters in an interview. “I think of it everyday.”

Carroll, 77, a former Elle magazine columnist, seeks unspecified damages in her lawsuit and a retraction of Trump’s statements. It is one of two defamation cases involving sexual misconduct allegations against Trump that could move forward faster now that he has left the presidency. While in office, Trump’s lawyers delayed the case in part by arguing that the pressing duties of his office made responding to civil lawsuits impossible.

“The only barrier to proceeding with the civil suits was that he’s the president,” said Jennifer Rodgers, a former federal prosecutor and now an adjunct professor of clinical law at the New York University School of Law.

“I think there will be a sense among the judges that it’s time to get a move on in these cases,” said Roberta Kaplan, Carroll’s attorney.

An attorney for Trump and another representative of the former president did not respond to requests for comment.

Trump faces a similar defamation lawsuit from Summer Zervos, a former contestant on his reality television show “The Apprentice.” In 2016, Zervos accused Trump of sexual misconduct, saying that he kissed her against her will at a 2007 meeting in New York and later groped her at a California hotel as the two met to discuss job opportunities.

Trump denied the allegations and called Zervos a liar, prompting her to sue him for defamation in 2017, seeking damages and a retraction. Trump tried unsuccessfully to have the case dismissed, arguing that, as president, he was immune from suits filed in state courts. His lawyers appealed to the New York Court of Appeals, which is still considering the case. Zervos filed a motion in early February asking the court to resume the case now that Trump’s no longer president.

Zervos and Carroll are among more than two dozen women who have publicly accused Trump of sexual misconduct that they say occurred in the years before he became president. Other accusers include a former model who claims Trump sexually assaulted her at the 1997 U.S. Open tennis tournament; a former Miss Universe pageant contestant who said Trump groped her in 2006; and a reporter who alleges Trump forcibly kissed her without her consent in 2005 at his Mar-a-Lago resort.

Trump has denied the allegations and called them politically motivated.

In September, after several unsuccessful attempts by Trump’s lawyers to get Carroll’s case dismissed or delayed, U.S. Justice Department officials under his administration took the unusual step of asking that the government be substituted for Trump as the defendant in the case. Justice Department lawyers argued that Trump, like any typical government employee, is entitled under federal law to immunity from civil lawsuits when performing his job. They argued that he was acting in his capacity as president when he said Carroll was lying.

Legal experts said it was unprecedented for the Justice Department to defend a president for conduct before he took office. When Judge Lewis Kaplan of the Federal District Court in Manhattan rejected that argument, the Justice Department appealed. The U.S. Court of Appeals for the Second Circuit has yet to rule on it.

If the appeals court upholds Judge Kaplan’s decision, it would likely clear the way for Trump to be deposed by Carroll’s lawyers.

Carroll’s lawyers are also seeking a DNA sample from Trump. Carroll says she still has the dress she was wearing when Trump allegedly attacked her.

Carroll said she randomly crossed paths with Trump in the Bergdorf Goodman’s store in the mid-1990s. Carroll, who hosted a TV talk show at the time, said Trump recognized her. The two chatted, she said. Trump asked her to pick out a gift for an unidentified woman, and they eventually ended up in the lingerie department. After asking her to try on a body suit, Trump closed the door in a dressing room, pinned her against a wall, unzipped his pants and sexually assaulted her, according to the complaint.

Carroll said she told two friends about the alleged attack shortly after it happened, but did not report Trump to police, fearing retribution from the wealthy and well-connected businessman. Decades later, Carroll went public with her story in a June 2019 New York magazine article, adapted from a new book, “What Do We Need Men For? A Modest Proposal.”

She said she was inspired to recount the incident by the #MeToo movement, which emboldened women to share their experiences of sexual assault and harassment. In photos shot for that story, Kaplan, at the request of the magazine’s photography director, wore the same black Donna Karan dress that she said she had worn on the day that Trump allegedly assaulted her.

When Carroll filed her lawsuit later in 2019, her lawyer, Kaplan, had a guard escort her to retrieve the dress from her closet for forensic testing. An analysis concluded no semen was found on the dress, but the DNA of an unidentified male was detected on the shoulder and sleeves, according to the Jan. 8, 2020 lab report, which was reviewed by Reuters.

If the dress does contain traces of Trump’s DNA, it would not prove his guilt. But a match could be used as evidence that he had contact with the dress and to help disprove his claims that he never met Carroll, according to two forensic experts not involved in the case.

“How his DNA got on that dress would be the argument,” said Monte Miller, a biochemist who runs a DNA analysis consultancy and previously worked at the Texas Department of Public Safety’s State Crime Laboratory. “It’s for the attorneys and the courts and everybody else to argue about why it’s there and how it got there.”

Carroll said she’s confident the DNA on the dress belongs to Trump and wants her day in court. She said she now sleeps with a gun next to her bed because she has received death threats since publicly accusing Trump.

“This defamation suit is not about me,” said Carroll, who meets regularly with other women who have accused Trump of sexual misconduct. It’s about every woman “who can’t speak up.”

Reporting by Linda So; editing by Jason Szep and Brian Thevenot.