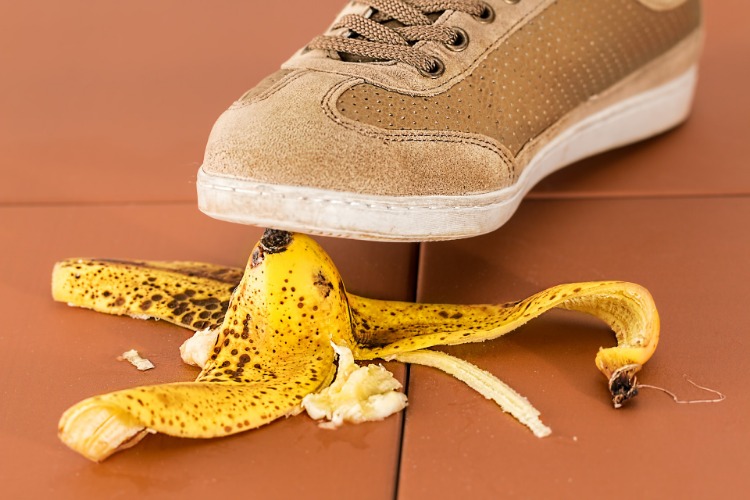 So, it’s Friday afternoon, you’re sitting in your office (or in my case my patio) with a scotch on ice in one hand and a nice Cuban cigar in the other wondering how a client you just on-boarded got himself in such a mess and thanking the Almighty that you had more sense when you put your startup together.

Welcome to the Top 10 mistakes founders make in their first (or second) startup.

Building Something No One Wants

Yikes, can you possibly imagine going to the effort of founding a business with your hard earned savings, cajoling your family and friends half-heartedly to invest in your hare-brained idea only to find out months later that not even your best friend would buy it? If only that was an uncommon issue.

On Canada’s Dragon’s Den, one entrepreneur pitched an idea for vodka, wine and other products made from Birch sap. In a taste test Kevin O’Leary said: “This stuff tastes like poopoo.” Maybe it’s an acquired taste but the entrepreneur obviously had a large abundance of birch trees on a woodlot that he had no idea what to do with. The crazy thing is that none of the Dragons could stomach the stuff leading me to the question – why didn’t his friends tell him the truth?

The truth is that a lot of startups fail from the get-go with a bad idea that was taken too far.

I’ve written and spoken about hiring poorly many times but it bears repeating because, after all, it is the second worst thing to do in a startup. You’re full of vim and vinegar and excited about your latest idea. You dust off your desk, call your three best mates and tell them you’re starting a new business. In the ensuing celebration over a few beers at the pub, you hire all three to be your CFO, CMO and COO. Perfect! Now let’s find a secretary – maybe that cute waitress will work!

Most situations I have seen may not have been that obvious, but sometimes when you are meeting executives in the boardroom the question does come up – where did you find this character? The wrong hires will create tension with more qualified employees, make amateur mistakes, interact poorly with others or all three. It’s the second worst mistake you can make for a reason and accounts for 18% of all failures.

Discipline is paramount in reaching goals and making a business successful. Planning and procedures make goal setting easy but a lack of focus will sabotage the best operations. It’s your savings, your reputation and your future, so if you can’t focus on making it work, what are you doing there? If there are aspects of the business you don’t like or for which you lack competence, get help.

There’s a saying, “Build it and they will come.” It sounds good, and I have known many entrepreneurs who tried to establish a successful business that way, but it only worked in Field of Dreams. Funny, but most of the examples I can think of were restaurants. With only about a 15% chance of success, it’s a wonder we have any successful restaurants at all.

Fail to Execute Sales and Marketing

It takes a study of demographics, psychometrics, a marketing plan with an industry overview and a strategic plan to execute a good sales and marketing campaign. I know a phenomenal charity that is barely surviving because the Executive Director doesn’t “particularly like asking donors for money.” That’s a serious problem! Sales and marketing are often jumbled together but the reality is sales come about from a good marketing plan that is studied, planned and well executed.

Not Having the Right Partners

I have known entrepreneurs with a fear of starting a business by themselves, so they found a partner to provide a shoulder on which to lean. This is not the best scenario. I had a partner in a commercial photography business early in my career who, like me, was a competent well-respected photographer. The problem was that neither of us cared much about accounting and fought over the choice photography jobs. It ended amicably but could have ended a lot worse.

If you need a partner (and that’s another article) choose one who is complimentary to your skill set, has something you lack (like money) or brings a network or client base that will enhance the business.

Chasing Down Investors, Not Clients

I suppose this is understandable but it’s the wrong attitude to take during the first year of your startup. Most companies bootstrap the business while the hurdles are jumped and lessons learned. Go after customers before sourcing investors.

You’ll end up giving away your company to early stage investors this way yet building a good customer base first is the easiest way to impress later ‘down-the road’ investors.

Not Making Sure You Have Enough Money

Maybe you already knew you didn’t have enough money that’s why you went after the early investor in #6. The rule of thumb is to have enough operating capital to run your business for six months without any sales. Some will suggest more or less money but if after six months you are not bringing in sales, you have picked a dud for a business idea. (See mistake #1).

Spending Too Much Money

You may have heard people mention the ‘burn rate’ on Shark Tank? That’s the amount of money you burn or go through every month to keep the doors open. You may have gotten off to a great start and thinking it will continue that way forever, you may be tempted to invest in better gear, more employees or that fancy office – keep dreaming for a little longer! Use your finances wisely, have a dedicated accountant keep an eye on your spending until you are established.

Failing to Ask for Help

I’ve seen this listed higher on some people’s list of mistakes, but it certainly makes the top 10. Men are notorious for not asking for help. It’s as likely as us looking at a map on a road trip. I think women are more likely to ask for help, but it’s anecdotal. There are so many avenues of support to entrepreneurs that there is no need to fail because your ego was too fragile to seek help. Mentors, both free and paid, are numerous. Family and friends should always be considered.

Being a social media guy, I think this is asinine in this age of online everything, so I continue to be amazed at entrepreneurs who claim they don’t have time or “don’t understand” the importance of social media strategies. Well thought out social media planning and basic SEO will make or break a business. Just ask the successful giants that use my services.

No matter what you tell some entrepreneurs, they will still fall into one of these traps. In fact, one of the business mantras that has been around since 2001 is “fail fast, fail often.” That simplistic and perhaps foolhardy phrase suggests that businesses should undertake bold risky experiments to determine the long-term viability of a product or strategy, rather than proceeding slowly and investing years in a potentially doomed approach.

Follow your heart and your gut, consider options, take advice when offered, ask for second opinions and spend wisely, and you may just avoid the heartbreak of failing fast.

Gary is CEO of Bizzo Management Group Inc. in Vancouver. He has mentored over 1000 business leaders, investors and entrepreneurs. London-based Richtopia placed Bizzo on the Top 100 Global Influencers in the World for 2018. His book, “Social Media Rockstar – Social Media Marketing for Entrepreneurs & Business” is on Amazon.