The Good and the Bad of Job Automation

Labor-saving technology, while beneficial to everyone over time, has a different short-term effect. It enables higher productivity in a smaller number of people. And that's a problem. 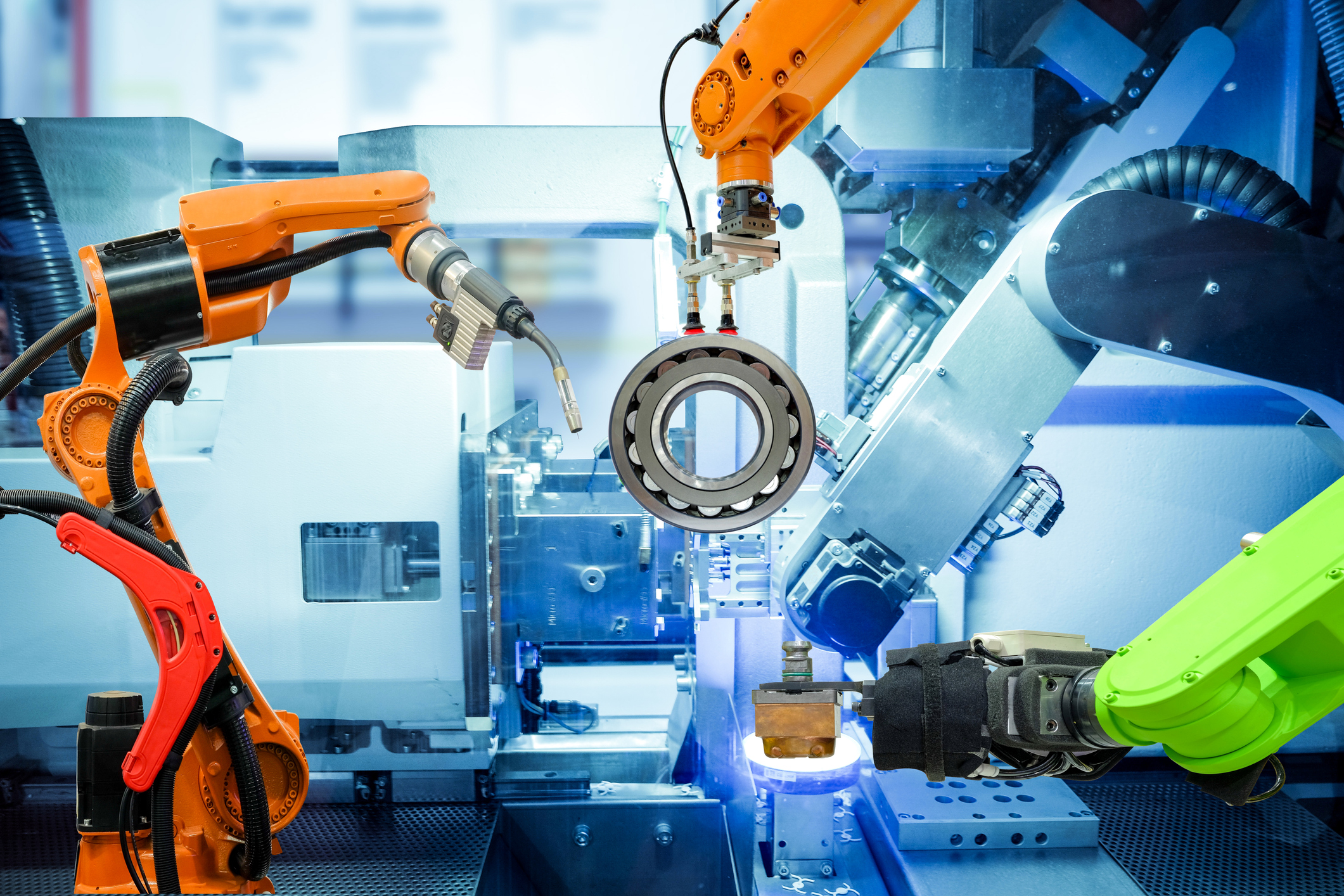 People are worried robots will take their jobs. That’s a legitimate fear sometimes, but it’s not new. It is just another step in a process that started long ago.

The bigger question is whether job automation is good.

If we want the economy to grow, the math is pretty easy. It’s a two-factor equation:

Increase one or both of those and presto, GDP will rise. Automation helps raise the second one. But then it gets complicated.

This “average” worker is rare. Almost everyone is somewhere above or below average. Much depends on who produces how much.

Labor-saving technology, while beneficial to everyone over time, has a different short-term effect. It enables higher productivity in a smaller number of people.

And that is a problem, as I recently observed in a hotel restroom, of all places.

Last week, I was in Dallas for an investment conference. We heard from dozens of top economists, analysts, and money managers.

On Wednesday morning, with my mind overflowing with monetary policy ideas, I went to the men’s room, entered one of the stalls, and did what you normally do there.

There was one of those metal boxes with two toilet paper rolls on the wall. The spare is supposed to drop down when the first one is empty.

These boxes are actually a simple labor-saving technology. They reduce the staff needed to replenish toilet paper—a significant cost for a large, convention-oriented hotel.

That makes sense if the technology works. In this case, it didn’t.

So there I was, eager to get back to the conference, only to have the toilet paper dispenser jam up, refusing to fill my needs.

The law of supply and demand says offering a higher price would have increased quantity. I gladly would have, too, but the seller wasn’t there to consider my offer.

The free market having disappointed, I finally got the device to dispense what I needed (slowly) and finished my business.

There’s a lesson in this.

This humble technology enhances the hotel cleaning staff’s productivity. But it also reduced my productivity by making me miss parts of the conference.

That’s how technology often works. Maybe it helps 99% of the time, but there’s still the 1%.

Add up all the hours we spend trying to make our computers and mobile devices do the things that are supposedly so easy. That time is valuable. If we used it more productively, the economy might be in better shape.

Or maybe not. We can’t really know. But we know the top technology companies are immensely productive and profitable.

Productivity for the Few

The below graph, from my friend Bruce Mehlman’s latest slide deck, shows the number of employees the world’s largest 20 companies need for each $1 billion in market value.

You see it has declined considerably since 2009 and even more so since 2016:

Now, this is partly a function of a rising stock market over that period. But it’s also true that fewer workers can produce more value now—and not just in tech companies but everywhere (including hotel bathrooms).

Is that a good trend or a bad one? I think it’s both.

We’ve seen the result: income and wealth concentrated in fewer hands. Those who are “left out” don’t like it, and it manifests in social unrest, populist movements, and so on, none of which are good for business in the long run.

The solution is to raise everyone’s productivity or at least distribute it more widely. That happened gradually in the past. Agriculture, for instance, went from mostly human labor to mostly machines over several generations. People had time to adapt.

This time around, it’s happening much faster. Machines are displacing workers at a faster pace than workers can learn new skills and raise their productivity.

It will balance out in time… but not everyone has time. Yet slowing down progress isn’t a good option either—and may be not even possible.

This would be a smaller problem if displaced workers had more retraining opportunities and governments had more robust safety net programs to sustain them in the meantime.

Neither seems to be happening, at least in the US. Instead, the economy is efficiently creating low-wage service jobs that keep people nominally “employed” but not very productive.

Worse, employers fully intend to eliminate those jobs as soon as technology allows. There is no future in them. The workers know this, which contributes to the general unrest and anxiety.

This probably won’t get better anytime soon, and may get worse.

The best-case outcome is that we muddle through for another decade or more, during which some workers gain more productivity while others leave the labor force via death or retirement.

Eventually, we’ll reach a new equilibrium. Meanwhile, be ready for anything.