The First Fed Rate Cut is Already Behind Us 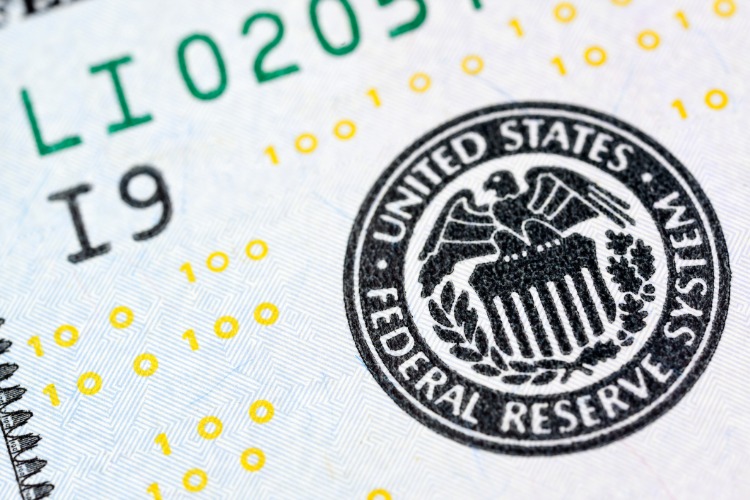 The first rate-cut happened on May 1: Five measly basis points. That’s all. Here’s how it happened.

I had seen the balance sheet monthly cap rate go from $50 billion to $35 billion with the difference being picked up by Treasury holdings (while the mortgage holdings unwind rate remained constant). I glanced over the cut in the excess reserve interest rate. Such changes were announced in the implementation note, which is separate from the FOMC statement and, in that regard, it was easier to miss. 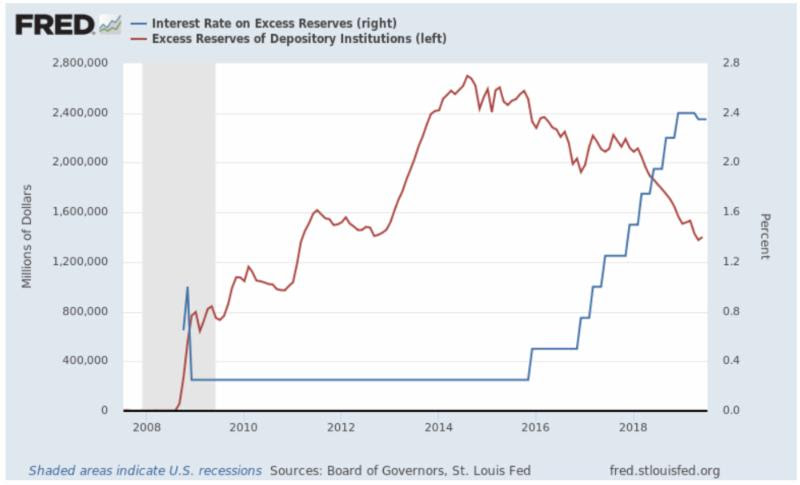 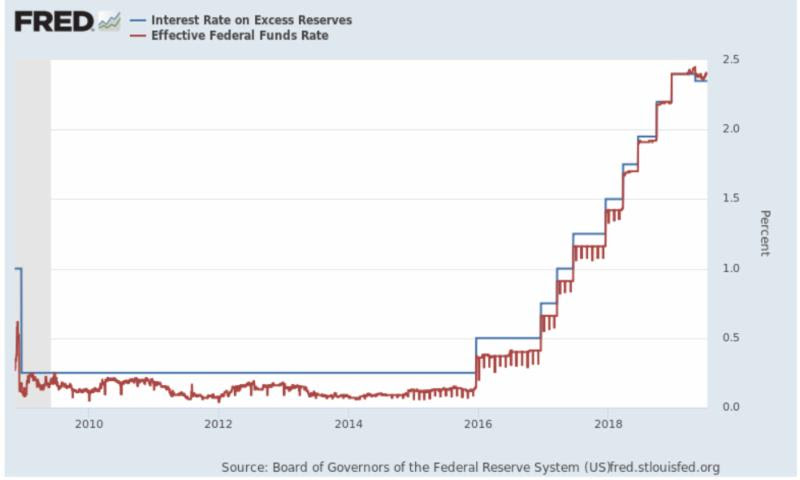 This is a big deal. This basically means that the Fed is trying to resuscitate the credit multiplier in the U.S. fractional reserve banking system. They said so themselves in their implementation note on May 1:

Valid Points from My Alert Readers

When I discussed similar issues a couple of months ago, I got several lengthy emails from a couple of banking professionals who explained to me that I “don’t understand” the fed funds market. While many of their points were technically correct, they did not necessarily contradict what I was saying.

If there were no credit multiplier effect, why did fed funds volumes go down so much when the excess reserve interest rate was above the fed funds rate for so long? (For more, see Bloomberg, December 11, 2018, “The Death of Fed Funds? As Market Dries Up, FOMC Asks What Next.”)

Some notable points from one of those emails are very interesting, though: “If the Fed were not paying interest on reserves, the Fed Funds rate under QE would be zero. All the excess reserves in the system would be offered at whatever bid they could find, but there would be no bids because with $3T of excess reserves in the system, all the banks already have more reserves than they are required to have and are not looking to borrow any more. They are looking to swap their reserves for bonds, which pay interest. While an individual bank can do that, banks in the aggregate cannot, and so excess reserves drive bond rates toward zero as well. And when bond rates are near zero, investors flee to stocks, and that is why the stock market has been supported by QE. (And why QT would be bad for stock prices. See October 2018, when Powell threatened to continue QT, and January 2019 when he took it back.)” 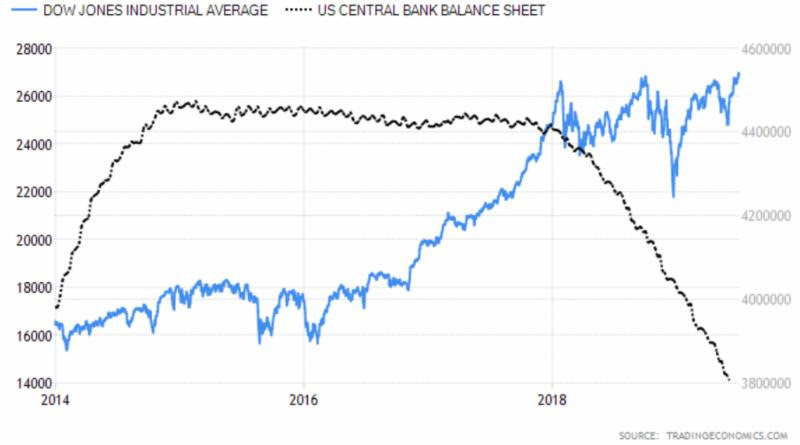 There is no disagreement that the above-described dynamics were designed to push asset prices higher and help not only the U.S. but the global economy that way. This is the equivalent of force-feeding credit on a system that was under pressure to deleverage under heavy debt burdens. Ben Bernanke stopped that deleveraging process. Current Fed Chair Jerome Powell is trying to normalize the way the U.S. banking system works, but he has hit some financial market turbulence, complicated by the occupant of the White House and global economic developments. Will he succeed in normalizing it? The jury is still out.

By the Fed’s own statements, the U.S. financial system has been changed for good. Excess reserves will now be a permanent monetary policy tool as well as interest on excess reserves. They remain part of the system and will be with us for as long as there is a Federal Reserve.

Disclosures: Past performance is no indication of future results. Investment in securities involves significant risk and has the potential for partial or complete loss of funds invested. It should not be assumed that any securities recommendations made by Navellier. in the future will be profitable or equal the performance of securities made in this report. Dividend payments are not guaranteed. The amount of a dividend payment, if any, can vary over time and issuers may reduce dividends paid on securities in the event of a recession or adverse event affecting a specific industry or issuer.

Information presented is general information that does not take into account your individual circumstances, financial situation, or needs, nor does it present a personalized recommendation to you. Individual stocks presented may not be suitable for every investor. Investment in securities involves significant risk and has the potential for partial or complete loss of funds invested. Investment in fixed income securities has the potential for the investment return and principal value of an investment to fluctuate so that an investor’s holdings, when redeemed, may be worth less than their original cost.