Smoot-Hawley Tariff Caused Crash of 1929; History Books in Need of Being Rewritten

The Smoot Hawley Tariff was the cause of the crash of 1929 which commenced 89 years ago on October 23, 1929. The legislative process that the Smoot-Hawley tariff underwent beginning in 1928 was the cause of the 1929 stock market crash and the Great Depression. The chart below depicts the two biggest crashes that occurred between 1925 and 1932.

The Trump tariffs have the potential to cause a crash of the stock market and initiate the first worldwide depression since the 1930s. Those who do not learn from the mistakes that were made in the past are bound to repeat them. However, in this case it’s difficult for to learn from the past since the history books are inaccurate. The history books are in need of being rewritten.

The roaring 20s, rampant fraud and speculation were all blamed by historians for the crash of 1929. According to my research each of them got a bad rap. The real culprit was the Smoot-Hawley tariff. It’s understandable as to why historians have not laid blame on the tariff which was blamed for extending the depression. Smoot-Hawley was not signed into law by President Herbert Hoover until June of 1930. That was eight months after October 1929 crash occurred.

The tariff that would take the name of Smoot, the Chairman of the Senate Finance Committee and Hawley, the Chairman of the House Ways and Means Committee evolved from the 1928 campaign promises that Herbert Hoover made to U.S. farmers. After the U.S. House of Representatives passed their broad version of Smoot-Hawley Act on May 28, 1929, the Dow Jones Industrials composite declined by 3.6%. After assurances were made by members of the U.S. Senate Finance Committee that it would not pass a broad version of the tariff the stock market continued on to advance to its September 3, 1929 all-time high which would not be surpassed until 1954.

What caused the 1929 crash of the market to begin was the news of the US Senate flip flopping and going from a position of being against a broad tariff to being for a broad tariff in the late afternoon of October 23, 1929. The market had anticipated that the worst-case scenario would be for the Senate to pass a very narrow and agriculture products only version of the tariff. It was because a majority of Senators had formed a coalition against a broad tariff earlier in 1929. The chart below depicts the market corrections and crashes that were caused by the Smoot Hawley tariff’s news from 1928 through 1930.

What caused the market to bottom in November of 1929 and to begin its climb back to its long-term trend line by May of 1930 was the US Senate deciding to postpone its December 1929 vote on the tariffs. After Hoover informed the economists that he would not veto the tariff in May of 1930 the Dow’s trend changed from accumulation to liquidation.

The parallels between the 1920 to 1929 bull and the 2009 to 2018 bull are eerily similar. The average annual return for the 1920 bull was 24.8% and the return for the 2009 bull to date is 22.3%. The unemployment rate at the peak of both the 1920 and 2018 bulls were at record lows. The income tax rates in the late 1920s were comparable 2018. Finally, both Hoover and Trump were Republicans who made tariff campaign promises to win their Presidential campaigns. 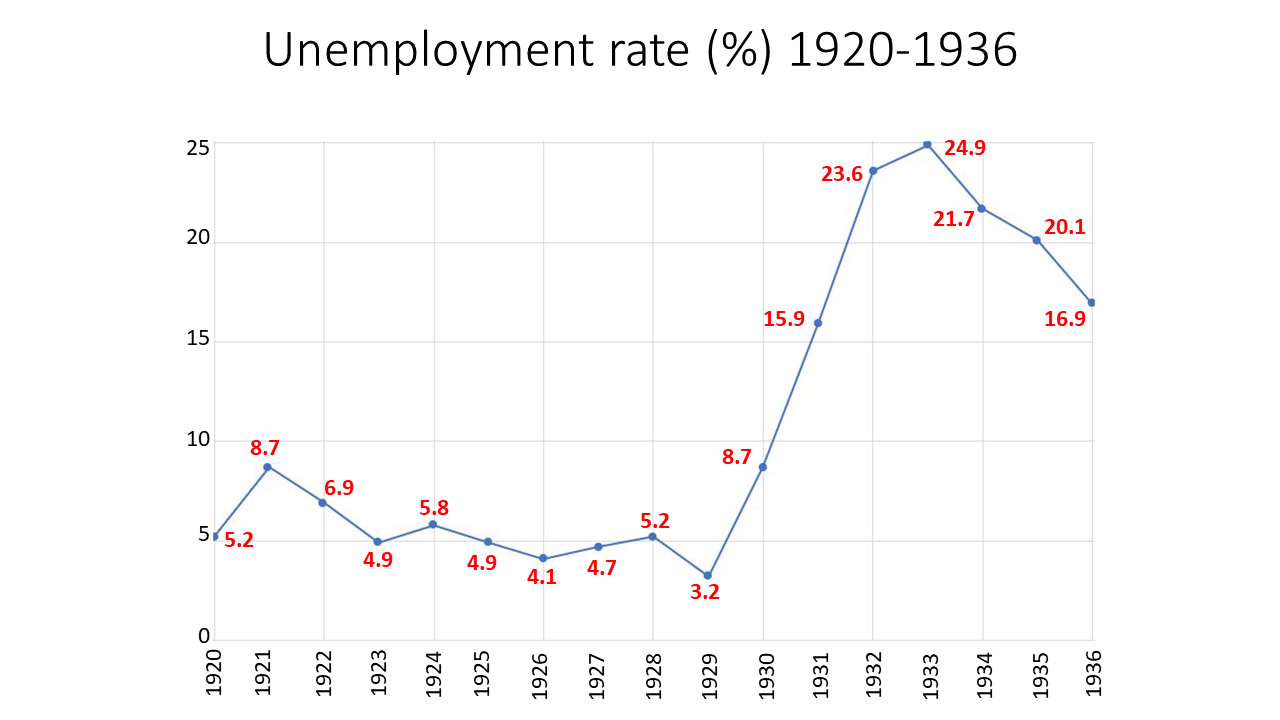 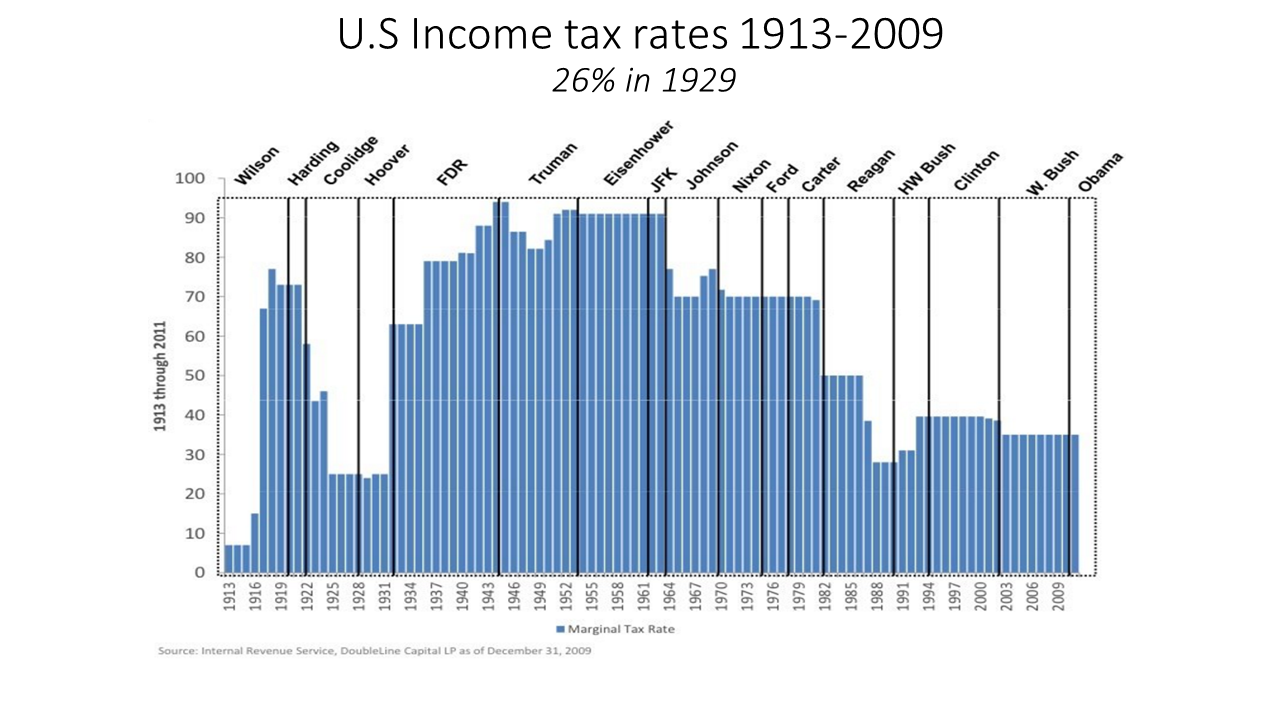 The following are my key gleanings from conducting my research on the Smoot Hawley tariff:

The analysts, economists and pundits who are predicting that the tariffs will not have an impact on the markets are wrong. Savvy investors pulled their money out of the stock market from 1928 through 1930 for the same reasons that they will pull their monies from the markets until the tariffs are eliminated for the reasons listed below.

The chart below depicts the expansion of PE multiples after FREE exploded due to the fall of communism and China opening its economy in the late 1980s.

The chart below depicts the contraction of PE multiples after President Bush enacted steel tariffs in 2002.

The performance of the S&P 500 during the period that the Bush steel tariffs were in effect is a prime modern-day example of the damage that a tariff can cause for a stock market. The tariff was abolished in 2003.

The Bull & Bear Tracker’s GREEN and RED signals are a great way to trend trade the market’s downside and upside and to also capitalize from sudden spurts of volatility. The signals are utilized to trade the Direxion Daily S&P 500 Bull 3X Shares () and the Direxion Daily S&P 500 Bear 3X Shares (). From the April 9th through October 12th, the period that the signals were published on Equities.com the Bull & Bear Tracker significantly outperformed the S&P 500.

The performance of the signals which are now exclusively available to subscribers at has since increased since October 12th since the signal has been red since October 18th. The Bull & Bear Tracker’s signal alerts are available at BullsNBears.com. For information on the Bull & Bear Tracker and to get access to the alerts go to https://bullsnbears.com/bull-bear-tracker/.

To better understand my math as well as to learn about the secular bear market and the recession-investing strategies that I am recommending from now through 2030, watch my recently taped two-part interview. A private pre-screening of part two of my interview, which is being aired on the Fox Business channel at 3:30PM on Saturday October 27th on the Fox Business channel is NOW exclusively available to BullsNBears.com’s alert subscribers. Click here to subscribe to BullsNBears.com free alerts. Part 1 of the interview is also available to subscribers.

Below are my most recent must-read articles pertaining to why I believe that the market will be substantially lower in the coming weeks and months:

Additional information about the tariffs including videos are available at BullsNBears.com which covers the research categories listed below.

Disclaimer. Mr. Markowski’s crash predictions are frequently ahead of the curve. The September 2007 predictions that appeared in his EquitiesMagazine.com column stated that share-price collapses of the five major brokers, including Lehman and Bear Stearns, were imminent. While warnings were accurate, they proved to be premature. For this reason he had to advise readers to get out a second time in his January 2008 column entitled “Brokerages and the Sub-Prime Crash”. His third and final warning to get out, and stay out, occurred in October of 2008 after Lehman had filed for bankruptcy. In that article “The Carnage for Financials Isn’t Over” he reiterated that share prices for Goldman and Morgan Stanley were too high. By the end of November 2008, the share prices of both had fallen by an additional 60% and 70%, respectively — new all-time lows.