A drop in the euro/dollar exchange rate to a four-month low raises the prospect of a repricing of one of the world’s most important macroeconomic metrics.

LONDON (Reuters) – A drop in the euro/dollar exchange rate to a four-month low raises the prospect of a repricing of one of the world’s most important macro-economic metrics and a potential re-rating of the U.S. currency across the globe.

After settling into the narrowest trading range in the euro’s two-decade history in 2019, the euro’s latest drop in the past week raises concern about a broader decline. 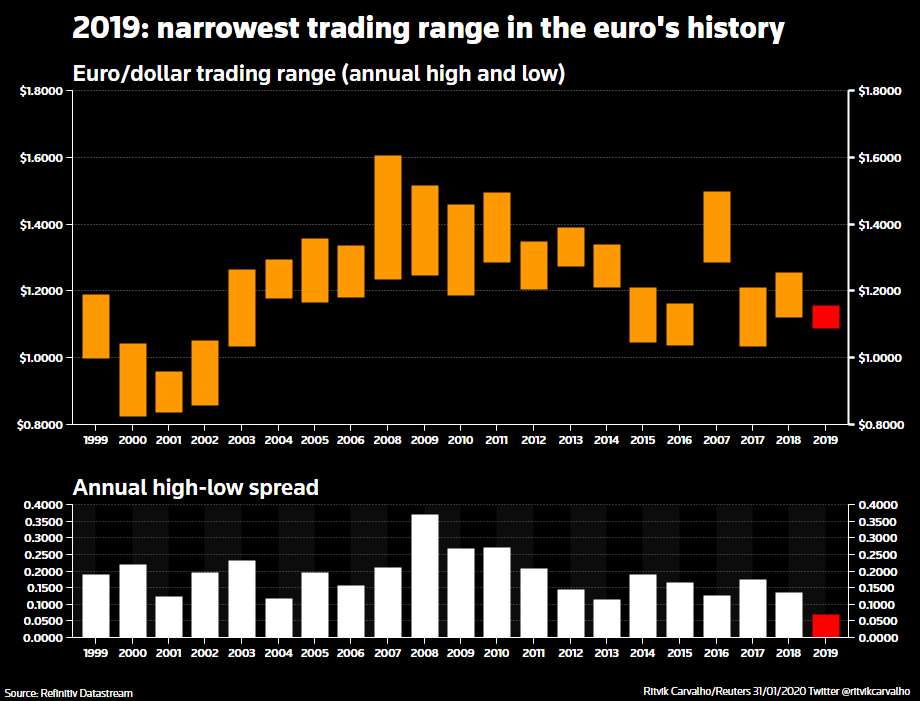 The U.S. economy is outperforming its European counterpart while the impact of the coronavirus on the Chinese economy and consequently the German economy, Europe’s powerhouse, has yet to show up in data.

Citigroup’s economic surprise index for Europe has slumped to a four-month low, while a similar gauge for United States has jumped to a five-month high after dismal German industrial data and strong U.S. jobs figures last week.

“Last year we discovered how sensitive the German economy was to China, and I think everybody is still underestimating the impact this will have on the Chinese economy and to Europe,” said John Marley, a senior FX consultant at the FX risk management specialist SmartCurrencyBusiness.

Euro weakness has implications not only for European policymakers when they are debating more stimulus, but also could signal further dollar strength and lead to tighter financing conditions from China to Mexico.

The euro has been under the gun for the last year or so, thanks to a relentless drop in market volatility. The latest data have only encouraged euro bears. 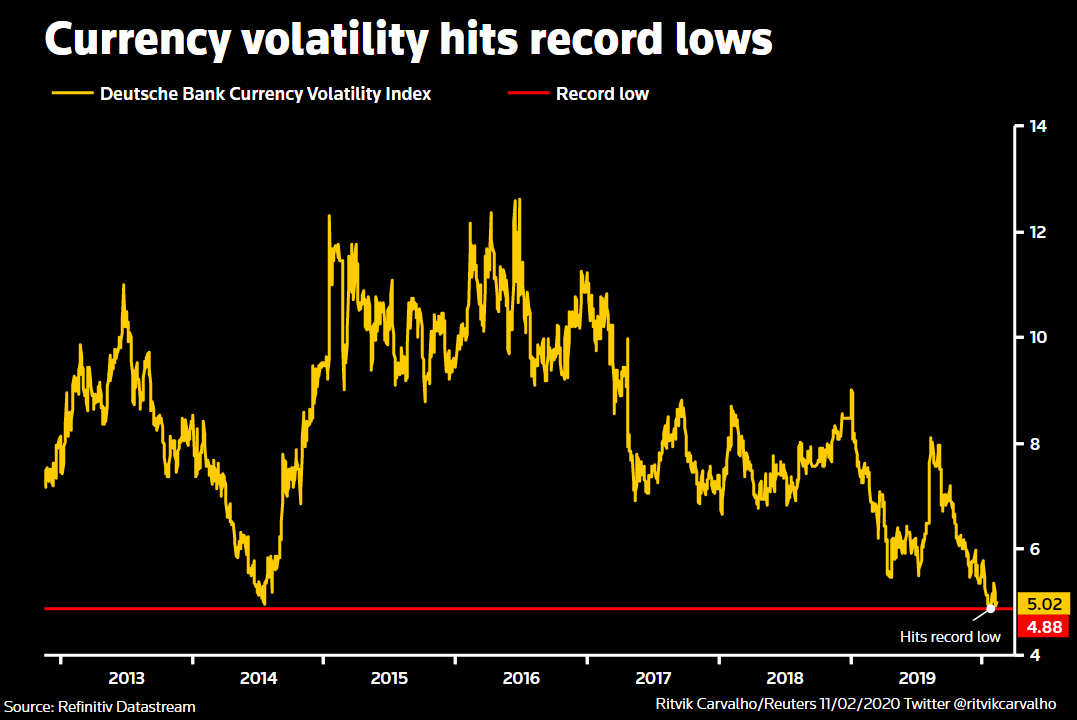 Subdued price swings, at least in theory, should hurt all currencies that have low or negative interest rates, such as the euro, the Swiss franc and the Japanese yen, as hedge funds typically borrow in them to invest in higher-yielding currencies such as the U.S. dollar or emerging markets.

But the euro’s case is unique in its zero correlation to geopolitical events. That means a yield-seeking strategy of borrowing in euros and investing in dollars can be profitable, even through episodes of missile strikes and virus attacks.

“That negative yield and the falling volatility makes the argument of buying and holding euros a very tough one,” said Elsa Lignos, global head of FX strategy at RBC Capital Markets in London.

That has encouraged euro bears. Hedge funds have been ramping up their net short bets in recent weeks; net short positions are not far from a three-year high.

That would give plenty of food for thought to forecasters in a Reuters poll who are predicting more strength for the euro over the next 12 months. 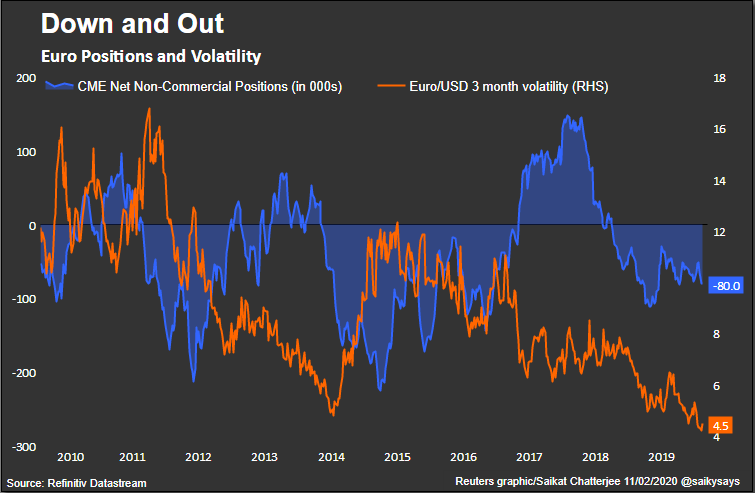