The company sold $113 million of its smallpox therapeutic to the US government.

SIGA Technologies SIGA reported fourth quarter and full year 2021 results on Thursday, highlighted by $113 million in sales of its oral smallpox therapeutic, TPOXX, to the US government.

For Q4, the company had revenues of $115.4 million, compared to $37.8 million in the fourth quarter last year.

TPOXX is the first drug approved by the FDA that is specifically indicated for the treatment of smallpox disease in adults and pediatric patients weighing at least 13 kg. 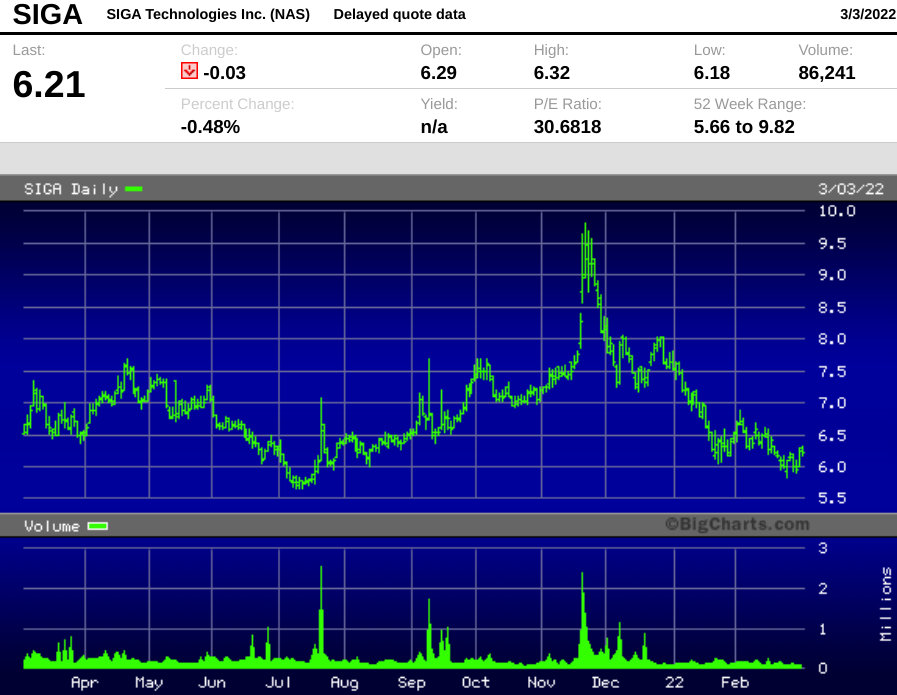 We feel the selloff is overdone given the company's long track record of procuring US government contracts and the potential for a smallpox bioterror attack by bad actors like North Korea.