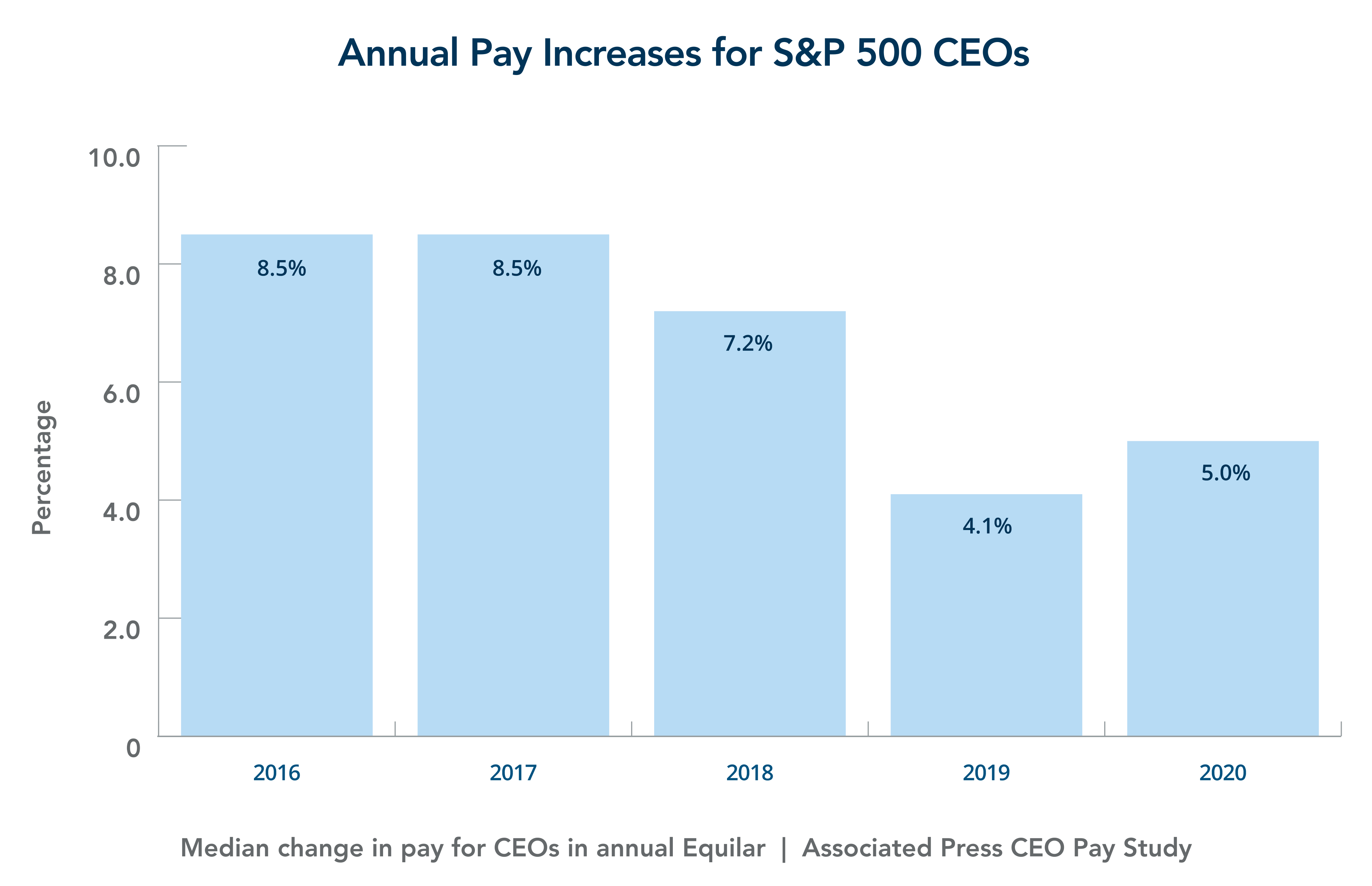 Chief executive officers at the country’s biggest companies saw an average pay increase of 5% in 2020, even as the COVID-19 pandemic wreaked havoc on businesses across the globe.

According to the annual CEO Pay Study compiled by The Associated Press and executive data firm Equilar, median pay for S&P 500 CEOs last year was $12.7 million, a record high since they first began compiling the analysis 10 years ago.

The Associated Press noted that even as mandated lockdowns and other safety restrictions caused financial cutbacks at businesses, many company boards opted to implement changes to maintain executive pay levels.

For its study, The Associated Press and Equilar looked at pay data for the 342 S&P 500 CEOs who have served at least two full fiscal years at companies that filed proxy statements with federal regulators between January 1 and April 30.

Sarah Anderson, head of the global economy project at the Institute for Policy Studies, told The Associated Press that given the public health crisis, 2020 “should have been a year for shared sacrifice.”

“Instead, it became a year of shielding CEOs from risk while it was the frontline employees who paid the price,” she added.

The Bloomberg Billionaire Index released earlier this year showed that the world’s 500 richest people added $1.8 trillion to their combined wealth in 2020, bringing them to a total net worth of $7.6 trillion.

The 31% increase was the largest annual gain in the index’s eight-year history.