Biden pointedly criticized Trump for the damage done by his ceaseless, baseless allegations that the contest was stolen. 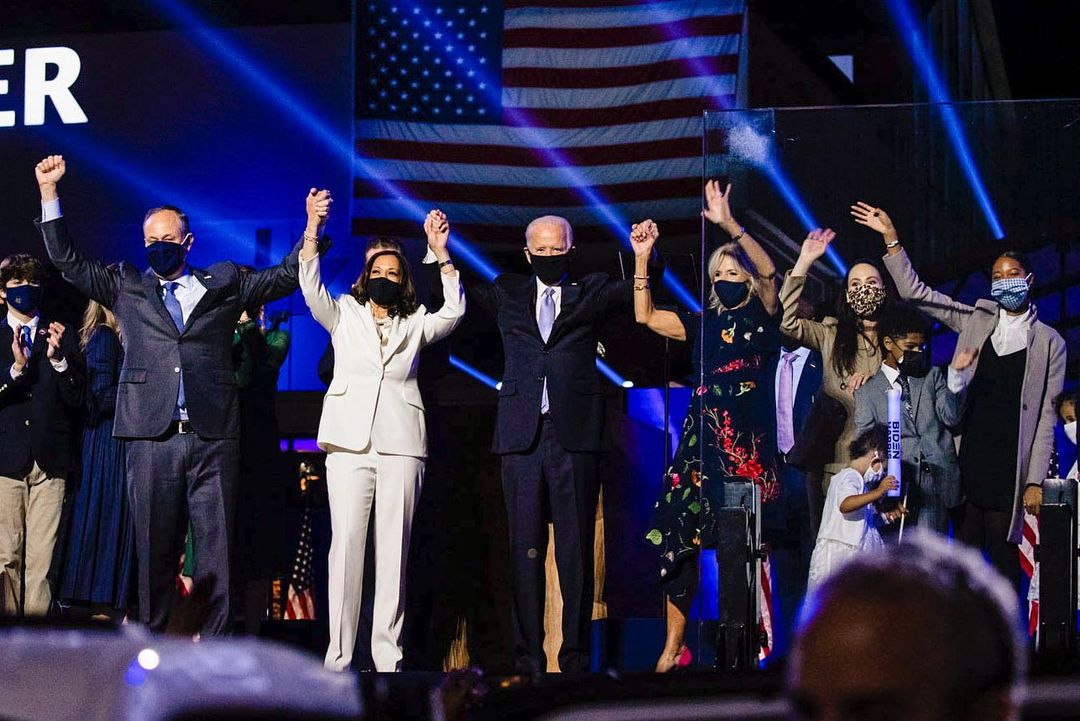 By Aamer Madhani And Will Weissert

Speaking from his longtime home of Wilmington, Delaware, on the day that electors nationwide cast votes affirming his victory, Biden was blunt in critiquing the damage done by Trump’s baseless allegations that the contest was stolen. Such arguments have been roundly rejected by judges across the political spectrum, including the justices at the Supreme Court.

Democracy, Biden said, has been “pushed, tested, threatened.” But he said it proved to be “resilient, true, and strong.”

“The flame of democracy was lit in this nation a long time ago,” Biden said. “And we now know that nothing, not even a pandemic or an abuse of power, can extinguish that flame.”

Biden and his team hope that the formal victory in the Electoral College combined with his record-setting 81 million-vote count will help the country unify and accept his presidency. But the challenge facing Biden was evident as many congressional Republicans, including some of the party’s top leaders, refused to officially accept Biden’s win. Trump, meanwhile, shows no sign of conceding.

The president-elect acknowledged an irony in the circumstances, noting that he won with the same number of electoral votes — 306 — as Trump did four years ago. Trump hailed that win as a “landslide.”

“By his own standards, these numbers represent a clear victory then, and I respectfully suggest they do so now,” Biden said.

A candidate needs to win 270 electoral votes to clinch the presidency.

The fact that Biden had to even give such a speech shortly after electors voted to make him the president — a usually routine and even mundane step — shows how extraordinary the post-election period has been, with Trump trying to thwart Biden at every turn.

Despite that, Biden struck a familiar theme of his presidential campaign, pledging to be “a president for all Americans” who will “work just as hard for those of you who didn’t vote for me as I will for those who did.”

“Now it is time to turn the page as we’ve done throughout our history,” he said. “To unite. To heal.”

He said that was the only way the country could overcome the worst health crisis in more than a century, saying that in the face of the pandemic, “we need to work together, give each other a chance and lower the temperature.”

Whether his message will have any effect remains to be seen. Top Republicans have mostly continued to back Trump and his unsubstantiated claims of a rigged election and, even once Biden takes power, are unlikely to give him any of the traditional honeymoon period.

Biden recalled that one of his jobs as vice president four years ago was to formally recognize Trump’s electoral victory in the Senate after 2016, and he said he expected the same process to occur this time — saluting the small number of GOP senators who have acknowledged his victory. But there are many other leading Republicans who have continued to side with Trump.

And after losing dozens of legal challenges on the state and federal level, Trump is expected to push forward with new litigation this week. Trump attorney Rudy Giuliani says he expects five more lawsuits at the state level.

Even after he takes the White House, Biden faces a narrowly divided Senate. Next month’s runoff elections in Georgia will decide which party controls the chamber. There’s also a thinned Democratic majority in the House as the GOP picked up seats even as Trump lost.

Meanwhile, Republican Sen. Ron Johnson of Wisconsin is set to hold a hearing Wednesday on election “irregularities.” Johnson has questioned why Congress wasn’t informed that the taxes of Biden’s son Hunter were under federal investigation during Trump’s impeachment trial last year.

The president was acquitted in a Senate trial that centered on Trump’s dealings with Ukraine’s president and on whether he abused his office by seeking an investigation into the Bidens. Hunter Biden served on the board of directors of a Ukrainian energy company.

The younger Biden said in a statement last week that he just recently learned that he was under investigation. He also said he committed no wrongdoing.

Biden’s deputy chief of staff, Jen O’Malley Dillon, downplayed the notion that the investigation could hamper Biden’s ability to pursue his agenda.

“The president-elect himself has said this is not about his family or Donald Trump’s family,” O’Malley Dillon said. “It is about the American people’s families. And I think we’re going to continue to stay focused on the issues that are impacting their daily lives.”