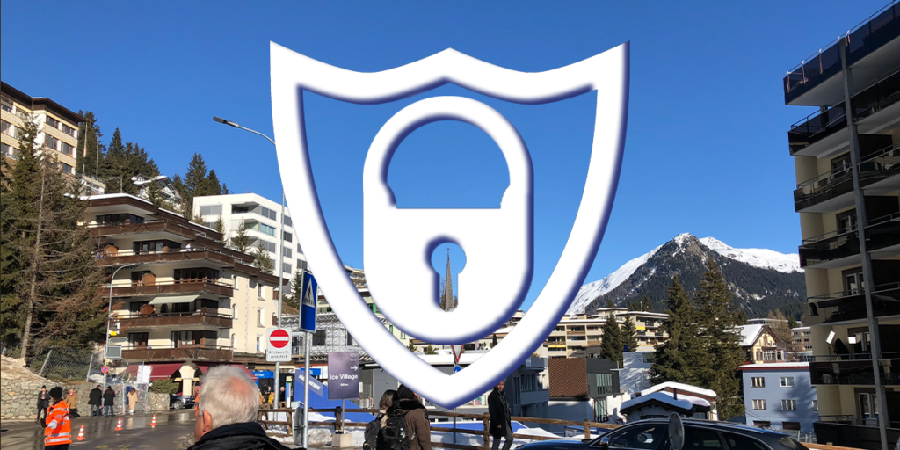 With the world’s eyes on Davos, it’s a bit ironic that privacy is such a key topic. But with so many tech leaders in attendance—along with the politicians seeking to regulate their companies—it’s a natural place for a discussion about how the data of billions is being used. Privacy “cannot be a luxury good,” said Google CEO Sundar Pichai here yesterday, echoing sentiments expressed by Internet users across the globe. Can the leader of the world’s newest trillion-dollar company deliver on this promise?

Pichai certainly doesn’t oppose regulation, calling Europe’s enactment of General Data Protection Regulation, or GDPR, a “great template” for other countries. Enacted in May 2018, the legislation set a new standard for data privacy in the Fourth Industrial Revolution and inspired sweeping changes to privacy policies for companies big and small. While the regulation provides protection to citizens of the EU, in this highly connected, globalized world, nearly every organization in any country is subject to fines if its standards are not upheld.

2018 was a watershed year for privacy concerns, with news of Cambridge Analytica hijacking the data of 87 million Facebook users without their permission, ultimately helping Donald Trump to secure the United States presidency. As such, consumers welcomed regulation while companies rushed to ensure their practices were compliant. And many still aren’t – on the one-year anniversary of GDPR’s enactment, more than 144,000 complaints had been made to data protection authorities and companies had reported more than 89,000 data breaches.

Recognizing the increasing concern around data privacy, Ketchum recently conducted the latest iteration of our research into social permission and technology, which confirmed that 55% of respondents are feeling worse about data breaches in the last 12 months and 49% are more concerned about the privacy of their personal data than they were 12 months ago.

That consumer distrust is seemingly being ignored by many companies, pointing to both reputational and business risk for companies whose business models depend on consumer data.

While data privacy is primarily considered an IT security issue, it also is a communications issue.

Most consumers don’t fully understand what companies are doing with their data, and sooner or later they will demand more transparency. Some companies will surely fall short of those consumer expectations, but others may create a huge reputational advantage by addressing concerns openly and taking responsibility when they do fall short.

Business leaders can commit to transparent communications by taking these steps now:

Analyze your stakeholders and conduct a risk assessment. You’ll have a better understanding of potential problem areas if you understand what your employees, customers, business partners and shareholders know or think about your data practices, and you can use that to benchmark against your actual practices. Once you’ve identified the risks and opportunities, you can develop an approach to address them with your stakeholders.

Speak human – don’t hide behind legalese. Data collection is fueled and protected by legal terms, but your reputation needs to be protected by honesty and transparency. One recent Axios poll found that 87% of respondents said it’s important to have a clear understanding of a company’s privacy policy before signing up as a customer, but a surprising 56% admit to “usually” or “always” accepting the policy terms without reading it. And that’s not surprising, considering that it would take an average of 600 hours per year for an average user to read the privacy policies of every website they visit. Lengthy privacy policies won’t save your reputation long-term if your company makes a major misstep with your customers’ data.

Commit to transparency. Proactively sharing transparent data policies and practices effectively eliminates much of the mystery surrounding them. This doesn’t just mean sharing an unreadable list of Terms and Conditions. As Paypal CEO Daniel Schulman said here this week, “Nobody reads them, and they just check ‘I agree’ — and that does nobody any good in terms of protecting privacy.” In a better example, Google provides its users open access to their information by way of individualized Google Dashboards, providing awareness and control over their own stored data at the click of a button. Our study showed that 48% of consumers don’t believe companies when they say their data is protected, and 49% don’t believe companies when they declare data breach issues are resolved. By being transparent – in good times and bad – you will demonstrate to stakeholders that you are listening to their data concerns and are actively working to address them.

Our belief is that demonstrating transparency and bilateral communication from the beginning leads to a quicker reputational recovery amid data breaches because stakeholders believe you are working in their best interests rather than your own. And with more consumers calling for legislation and fines for companies that don’t behave responsibly, it’s critical that companies take their own advice from here at Davos to do the right thing and communicate transparently with their stakeholders.

About the Author: As President and CEO of Ketchum, a top-five, global communications consultancy, Barri Rafferty oversees Ketchum’s offices and affiliates in more than 70 countries.

Outside of Ketchum, she participates in a number of groups including the sustainability task-force for the World Economic Forum and is a member of Arthur W. Page Society Page Up program. Rafferty sits on the board of StepUp, an organization with the mission of empowering girls from under-resourced communities to become confident, college-bound, and career focused and she is also a member of the governing body of OmniWomen, Omnicom’s Leading Women’s Network, for which she holds quarterly panel discussions featuring prominent women. She is the recipient of the Plank Center Milestones in Mentoring Award.

Barri is a graduate of Boston University (M.A) and Tulane University and enjoys watching soccer, volleyball, and dance – especially when her son and daughter are involved! Connect with her on Twitter: @barrirafferty