We interrupt our regularly scheduled biotechnology briefings today to discuss a serious concern for oil drillers, their employees and their investors that arose during a recent conversation with one of our readers…

The rapid growth in crude oil production in this country—which was less than 4 million bpd just 10 years ago—has not come without a severe cost, however, as workplace accidents have increased significantly. As Barani Krishnan wrote for Investing.com last week, “Accidents are becoming more common at US oil drilling sites, affecting not just workers but also shareholders as litigation grows at a rapid clip against the companies involved.“ 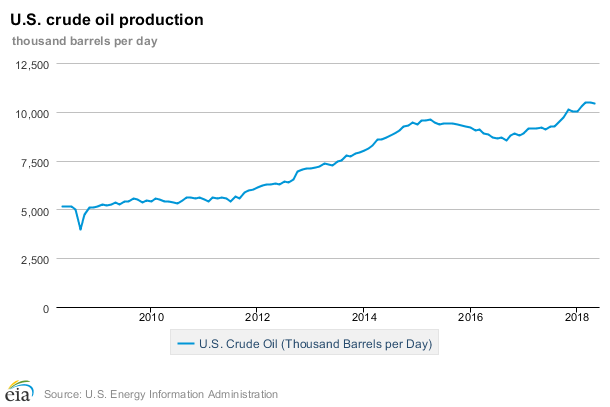 Last week the family of Timothy Lewing filed a $150 million lawsuit in Harris County, Texas, against Occidental Petroleum , Helmerich & Payne and AIP for negligence and liability. Mr. Lewing was hit in the head by a 30-pound object that fell more than 100 feet while working on a land-based oil rig near Midland, Texas, in January 2018. According to the filing, the object, called a bogie pad, “was not properly secured to the transfer truck because the bolts that once secured it were sheared and/or were missing entirely. The bogie pad’s design was dangerous. Defendants used the wrong materials, processes, lubricants, and color for the bogie pad operation.” Mr. Lewing was “in a coma for weeks” and “is now permanently disabled
and will unquestionably require a lifetime of medical treatment, care, and supervision.”

In July 2018, the Department of Labor’s Occupational Safety and Health Administration (OSHA) cited Patterson-UTI Drilling, a unit of Patterson-UTI Energy , Crescent Consulting and Skyline Directional Drilling for an explosion and fire on a Patterson-UTI drilling rig near Quinton, Oklahoma, that killed five employees. OSHA cited Patterson-UTI and Crescent Consulting for failing to maintain proper controls while drilling a well, inspecting slow descent devices, and implementing emergency response plans, and all three companies for failing to ensure that the heat lamps in use were approved for hazardous locations. As Mr. Krishnan wrote in Reuters, the explosion and fire were “the deadliest US drilling accident since BP’s Deepwater Horizon rig explosion of 2010” in the Gulf of Mexico.

According to OSHA, “the three companies face penalties totaling $118,643, the maximum allowed for violation of the OSHA standards. ‘These employers failed to properly control hazards involved in oil and gas extraction activities, and the result was tragic,’ said OSHA Oklahoma City Area Office Director David Bates.” While the dollar amount of the penalty is virtually negligible for the companies involved, it does highlight the potential liability that other companies in the industry face as production continues to grow.

The boom that has brought prosperity to Texas has left a trail of death and devastation for many of the more than 100,000 workers in oil and gas exploration-related jobs. The death toll peaked at 65 in 2012 – a 10-year high and nearly 60 percent more than in 2011. Nationwide, 663 workers in oil field-related industries were reported killed in the drilling and fracking boom from 2007 to 2012, according to the U.S. Bureau of Labor Statistics. About 40 percent died in Texas.

The Houston Chronicle analyzed 18,000 injury and illness claims in Texas and reviewed OSHA data and public records on hundreds of oil field accidents since 2007, finding that onshore drilling operations were far more dangerous than offshore ones:

Further, all of this must be viewed in the context of the current administration’s fervor in decreasing regulatory oversight for the energy industry as a whole. As Zack Coleman wrote in Scientific American in February 2018, “Energy and environmental agencies have been the administration’s prime targets for regulatory removal… Interior Secretary Ryan Zinke has ordered more lease sales for oil and gas production and faster approval for drilling. At the same time, he has not requested correspondingly more money for site visits and monitoring. [Former Administrator of the Environmental Protection Agency Scott] Pruitt has sought far fewer financial penalties for violating environmental rules than his predecessors.”

More recently, in July 2018, Rebecca Moss, writing for The Santa Fe New Mexican and ProPublica, wrote, “The Trump administration has quietly taken steps that may inhibit independent oversight of its most high-risk nuclear facilities, including some buildings at Los Alamos National Laboratory,” citing a directive from the Department of Energy. Ms. Moss cited comments from Robert Alvarez, who helped draft the legislation that created the Defense Nuclear Facilities Safety Board when he was a staff expert for Sen. John Glenn (D-Ohio) in the 1980s and later was a senior policy adviser for Bill Richardson when he was Secretary of Energy under President Clinton. Mr. Alvarez said, “This administration is very regressive. We shouldn’t have to wait for something to blow up or catch fire in order to pay attention to a safety problem.”