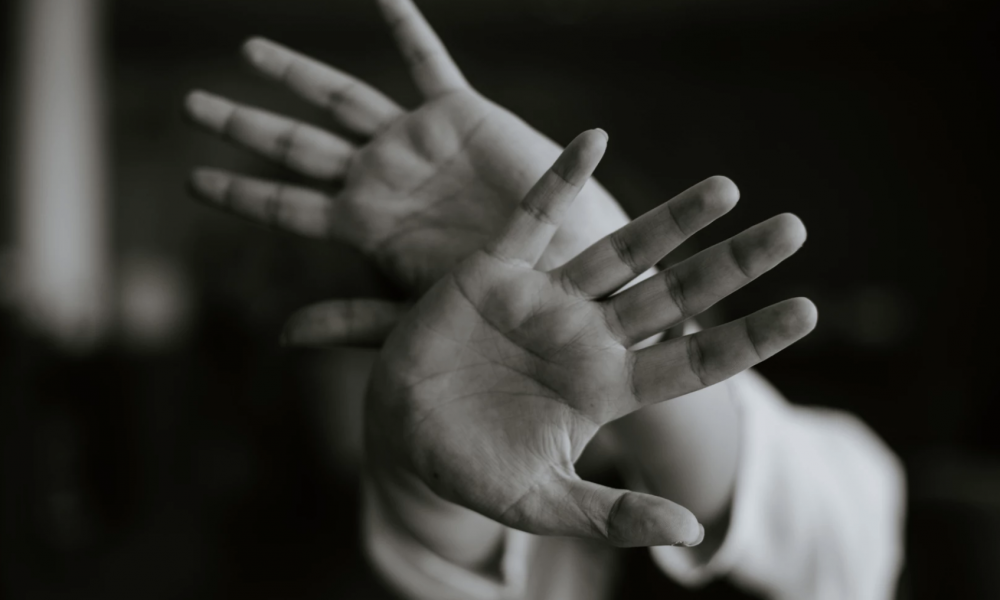 By Eric Kuby for IRIS.xyz

The first movement of August 2019 sounded like a reprise of the atonal first stanza of October 2018, with Fed and Trade policies combining to hurt the ears and wallets of investors. On Wednesday the Fed delivered a 25-basis point reduction in the target range for short-term rates, but their statement suggested that the easing of trade tensions reduced the need for further rate cuts.

Coincidentally (?) on Thursday President Trump ratcheted up the trade tensions by tweeting that China was not living up to its promise to buy large quantities of agricultural products from the U.S. and also had not stopped the sale of Fentanyl into the U.S. and as a result additional tariffs were going to be implemented on China on September 1. The S&P 500 posted its worst week of the year, declining 3.1%, mirroring its performance from the last time that Powell and Trump made back to back hawkish statements. 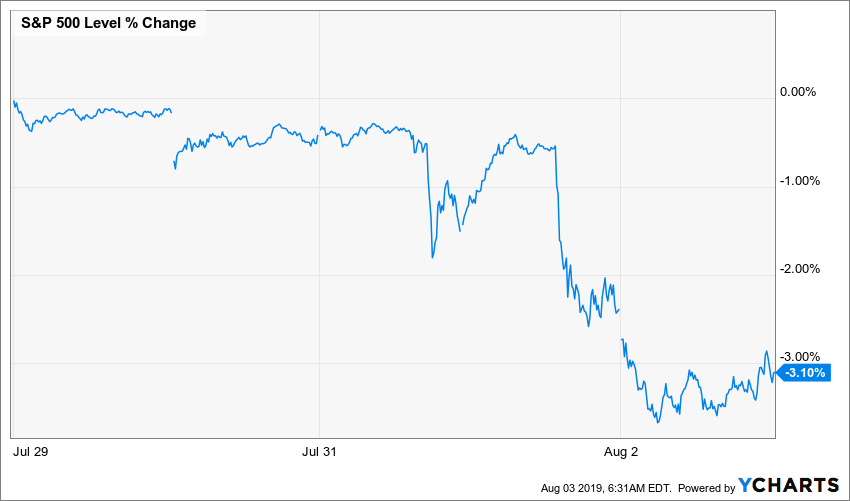 At the end of September 2018, the U.S. surprised the market by imposing tariffs on Chinese goods and Fed Chairman Powell indicated that more rate increases were in store. For those with short memories, the market took a tumble in early October and didn’t bottom out until Christmas Eve. One significant difference is that the yield on the Ten-Year Treasury back in October increased from 3.05% to 3.23%, whereas last week it decreased from 2.06% to 1.86%. I think the yield back in October was high enough to provide a somewhat palatable alternative to equities, but the current yield is once again too low.

Outside of the Fed and Trade developments, the news was fairly positive. Corporate earnings have followed the usual pattern of stepping over the low bar that was set. The blended (combines actual results for companies that have reported and estimated results for companies that have yet to report) earnings decline for the second quarter is -1.0% today, which is smaller than the earnings decline of -2.7% last week. Positive earnings surprises reported by companies in multiple sectors (led by the Energy and Health Care sectors) were responsible for the decrease in the overall earnings decline during the week. With about 24% of companies left to report, unless there are more positive surprises, it will mark the first time the index has reported two straight quarters of year-over-year declines in earnings since Q1 2016 and Q2 2016. Non farm payrolls rose by 164,000 in July and the jobless rate held steady at 3.7%, near a 50-year low.

Earnings season will be winding down, with 64 S&P 500 companies reporting results for the second quarter. The economic calendar is light with Monday’s release of the ISM Non-manufacturing Index and Friday’s BLS report on producer prices likely to be unchanged to modestly better than the prior month.

With yields down and the market off its high, the big question is whether the FOMOTINA (Fear Of Missing Out There Is No Alternative) rally is still alive, or if plain old fear is back.

Stocks on the Move:

[] -13.46%: Advanced Micro Devices designs and produces microprocessors and low-power processor solutions for the computer and consumer electronics industries. Second quarter results were largely as forecasted, but what wasn’t expected was a guidance cut. AMD now expects to grow revenue by a mid-single-digit percentage this year, down from earlier guidance calling for a high-single-digit percentage increase. AMD is a 2.14% holding in the North Star Opportunity Fund, AMD corporate bonds are a 2.67% holding in the North Star Bond Fund.

[] -20.82%: Under Armour develops, markets, and distributes athletic apparel, footwear, and accessories in North America and other territories. Consumers of its apparel include professional and amateur athletes, sponsored college and professional teams, and people with active lifestyles. For the just-ended quarter, Under Armour posted a $0.04 diluted per-share loss, narrower than the $0.21 loss in the prior-year period and a penny ahead of Capital IQ’s consensus for a $0.05 loss. Net revenue rose to $1.19 billion from $1.17 billion last year but was below the Street’s view for $1.2 billion. The Baltimore-based athletic-apparel maker said it expects North American revenue to decline slightly, down from its previous guidance for flat results. It expects international business sales to post gains in the low to mid-teen percentage range, ahead of its prior call for a growth rate in the low double digits. UAA is a 1.74% holding in the North Star Opportunity Fund, and UAA corporate bonds are a 1.83% holding in the North Star Bond Fund.

[] -21.25%: Brooks Automation Inc. has two core business segments: Brooks Semiconductor Solutions Group, which primarily provides wafer handling robotics and systems, semiconductor contamination control solutions, cryogenic pumps and compressors, and support services; and Brooks Life Science Systems, which mainly provides automated cold-storage systems, sample management services, consumables, instruments and devices, informatics, and support services. Revenue was $204 million in the third quarter, an increase of 3% compared to the second fiscal quarter of 2019, and 18% higher compared to the third fiscal quarter of 2018. GAAP diluted EPS was $0.10 compared to $0.05 last quarter and $0.32 in the third quarter of 2018. Discontinued operations provided $0.09 and continuing operations provided $0.01 in the quarter. BRKS is a 2.43% holding in the North Star Dividend Fund.

[] -16.04%: Ethan Allen Interiors Inc. is a U.S.-based company that manufactures and retails home furnishings and accessories. For the Company’s fourth quarter adjusted diluted EPS increased 7.0% to $0.46 compared with $0.43. Consolidated net sales of $183.9 million compared with $205.6 million. Retail net sales decreased 5.7% to $147.2 million while wholesale net sales decreased to $107.5 million compared with $127.3 million in the prior year fourth quarter. Farooq Kathwari, Ethan Allen’s Chairman, President and CEO commented, “Despite many challenges, fiscal 2019 adjusted EPS increased 15.6%, and the Company generated strong cash flow, which allowed us to increase dividends by 59.2% to $47 million.” ETH is a 2.16% holding in the North Star Dividend Fund.