CFO Geir Karlsen was promoted to the top spot, as the airline terminated its contract with CEO Jacob Schram. 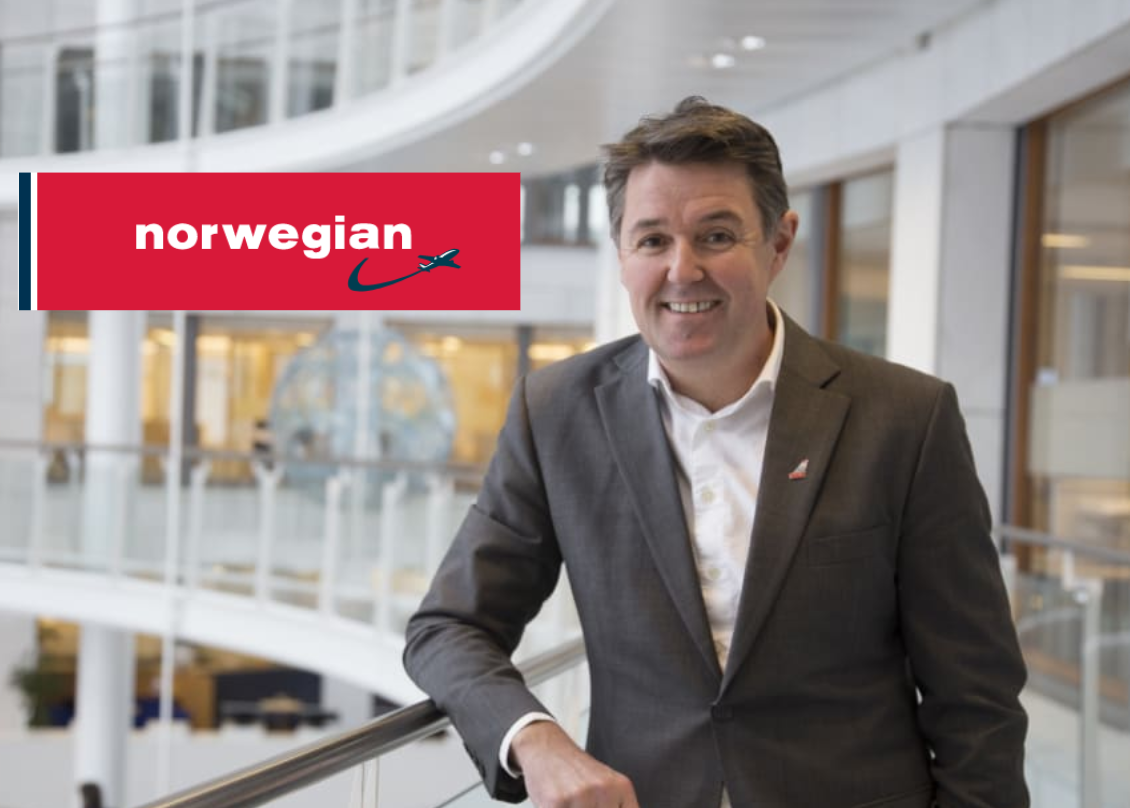 In a statement, Norwegian Air’s board chair Svein Harald Øygard said Karlen – the company’s chief financial officer – “has the competencies, focus, trust and dedication that makes him the best choice” to lead the Oslo-based airline.

No reason was given for the change, which comes as the low-cost carrier emerges from bankruptcy protection. In November 2020, Norwegian Air sought protection from its creditors after the COVID-19 pandemic sent the heavily-indebted airline into dire financial straits.

Karlsen, 56, Norwegian Air’s CFO since April 2018, served as acting CEO between July 2019 and December 2019, according to a press release. Prior to Norwegian Air, Karlsen held CFO posts at international companies including Golden Ocean Group, Songa Offshore and Navig8 Group.

In a statement, Karlsen said, “I appreciate the trust given by the Board of Directors, and I am pleased to accept the opportunity.”

“Going forward, our main priorities will be to increase the profitability of our low-cost operations and to attract new and existing customers in all key markets,” he said. “Norwegian is well positioned following the recent reconstruction of the company, with a strong brand, proven products and services and not least a team of highly experiences colleagues ready to fight for every customer.”

Norwegian said it will begin a search for a new CFO immediately.

According to The Associated Press, Schram told a Norwegian news outlet that his firing “came as a great surprise.”

The board voted June 20 to end Schram’s 18-month tenure but said he would support the carrier on a full-time basis during his notice period up to March 31, 2022. Schram’s severance package gives him the right to 15 months pay, on top of the nine-month notice period.

“An effort has been made by the board to bring the severance payments to a level reflecting the challenges of the industry, but no agreement could be reached,” Norwegian Air said.

Reuters reported that that Schram’s annual pay was 7.0 million Norwegian kroner ($816,000). Karlen’s base salary will be unchanged from his 4.5 million-kroner CFO wage, but he will be given a performance-based bonus and share options.

As part of its restructuring, Norwegian Airlines ended its long-haul operations in order to focus solely on European destinations. It also cut its fleet from 140 aircraft to about 50 and canceled aircraft orders with The Boeing Company and Airbus SE.