3.98 million people signed up for Netflix from January through March, well below the 6.25 million average projection of analysts. 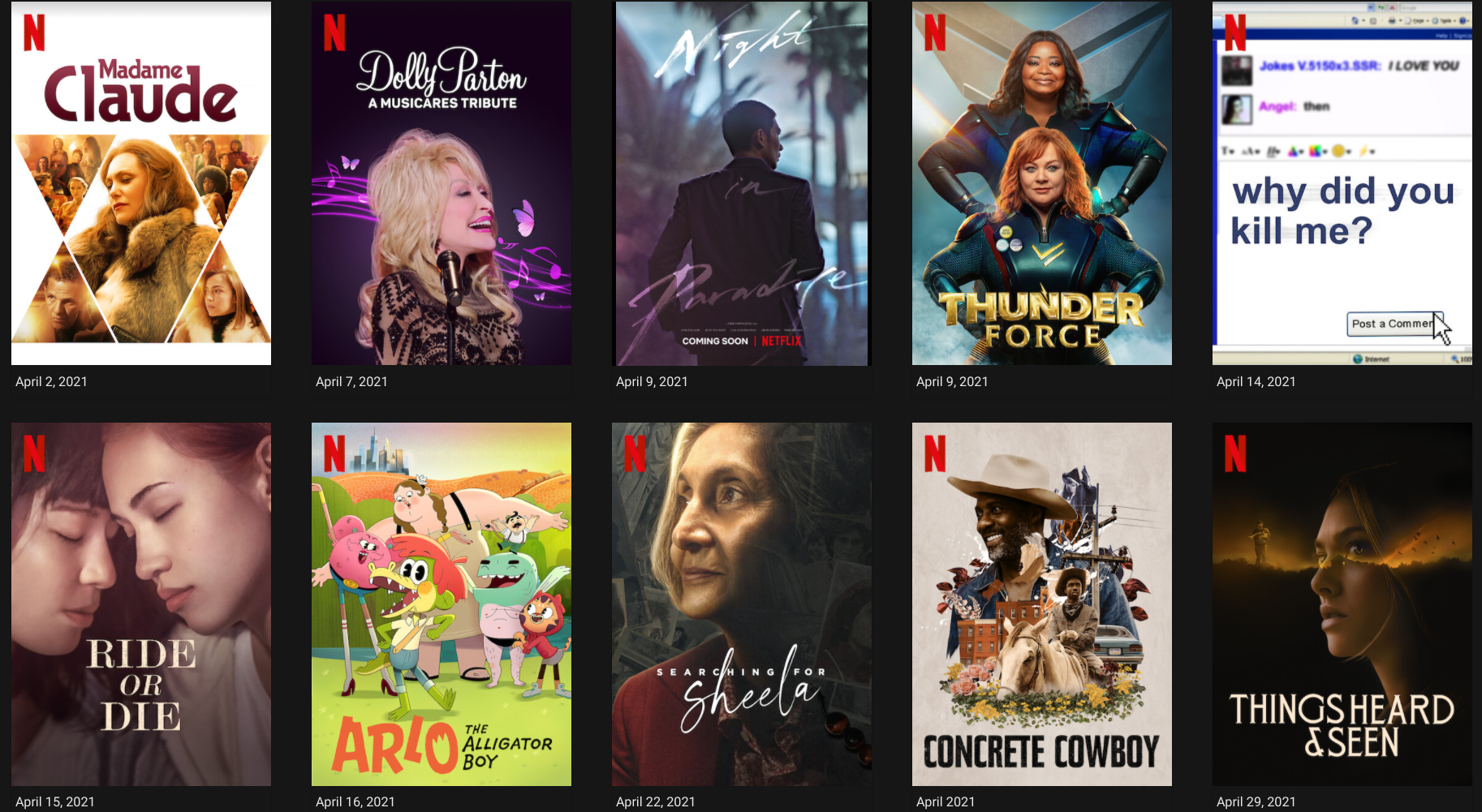 By Chavi Mehta and Lisa Richwine

Netflix Inc said slower production of TV shows and movies during the pandemic hurt subscriber growth in the first quarter, sending shares of the world's largest streaming service down 11% on Tuesday.

Roughly 3.98 million people signed up for Netflix from January through March, below the 6.25 million average projection of analysts surveyed by Refinitiv.

Netflix estimated it will add just 1 million new streaming customers in the second quarter. Analysts had expected a forecast of nearly 4.8 million.

Shares of Netflix sunk as low as 11% in after-hours trading before settling at $501.44, down 8.8% and wiping $20 billion off the company's market capitalization. Its stock has risen 27% over the past 12 months compared with a 63% increase in the tech-heavy Nasdaq Composite Index.

Netflix said it did not believe competition changed materially in the quarter or impacted its new sign-ups "as the over-forecast was across all of our regions."

The company projected membership growth would accelerate in the second half of the year when it releases new seasons of "You," "Money Heist," and "The Witcher" and action movie "Red Notice," among other titles.

A year ago, Netflix added a record 15.8 million customers as the pandemic forced people around the world to stay home. The company said on Tuesday the pandemic hindered filming new shows.

"These dynamics are also contributing to a lighter content slate in the first half of 2021, and hence, we believe slower membership growth," the company said in its quarterly letter to shareholders.

Analysts project people will spend less time streaming from their living rooms as COVID-19 vaccinations spread and more people emerge from their homes.

Netflix's share of new U.S. subscribers fell to 8.5% during the quarter, down from 16.2% the same period a year ago, according to Kantar Media.

During the quarter, Netflix lost one of its most popular titles when workplace comedy "The Office" moved to Comcast Corp's streaming service Peacock.

Netflix also raised its monthly rates in Britain, Germany, Argentina and Japan during the quarter.

"What wasn't expected was the strength of the slowdown in international markets, where competition is significantly lower," said eMarketer analyst Eric Haggstrom.

Excluding items, the company earned $3.75 per share in the first quarter, beating analyst estimates of $2.97 per share.