Months Before GameStop, There Was Hertz Global Holdings

Hertz management and board directors faced an extraordinary situation when their stock was skyrocketing for no apparent reason. 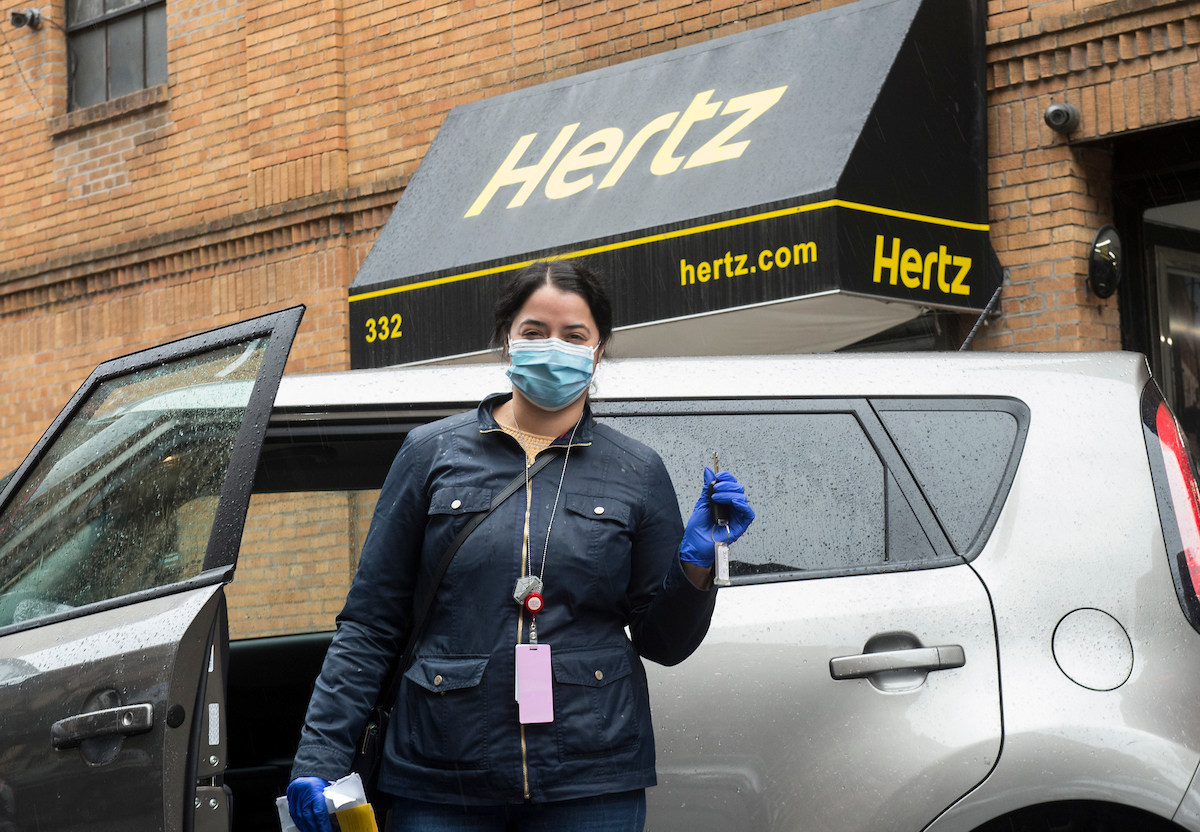 Operating under bankruptcy protection last spring once the COVID-19 pandemic wiped out its business, the car-rental giant confronted an extraordinary situation: Its stock price was skyrocketing for no apparent reason.

Conversations at the time among Hertz management and directors on its board, reported here for the first time, turned from shock to a vigorous debate about whether the company should capitalize on its unexpected good fortune and sell shares to fund itself during bankruptcy proceedings, according to three people familiar with the deliberations.

Raising money through a share sale would be less expensive for Hertz, which was bleeding cash as travel and car rentals plunged, than tapping a costly bankruptcy loan that most companies in its situation use to navigate court restructurings.

Directors keen on selling shares fended off concerns from some in Hertz’s C-suite and boardroom that such a move risked misleading investors who failed to appreciate that creditors are always paid first in bankruptcy, two of the sources said.

Shareholders, on the other hand, usually lose their shirts.

But Hertz abandoned its plan to sell up to $500 million in new shares after the U.S. Securities and Exchange Commission (SEC) started scrutinizing it. Hertz declined to comment.

Over the past few weeks, soaring stock prices of GameStop – along with movie theater chain AMC Entertainment Holdings Inc, home goods retailer Bed, Bath & Beyond Inc and other companies – on the back of Reddit memes and YouTube videos have put company leaders in a similar situation.

The internal Hertz deliberations offer a window into the contours of the ethical and regulatory dilemmas they face. Namely, can they sell stock to raise capital in such a volatile market?

Regulators are watching. The acting head of the SEC has said in recent days that the agency is looking closely at how companies are behaving, including whether they are trying to raise money and adequately disclosing risks associated with it to investors.

“Taking advantage of what could potentially be a manipulated market would trigger both reputational and legal concerns,” said Donald Langevoort, a Georgetown University Law Center professor and former SEC attorney.

As a social-media-fueled retail trading frenzy has whipsawed a series of “stonks” – a Reddit meme for stocks – over the past few weeks, the companies in the eye of the storm have largely kept quiet. But three sources familiar with some of these companies said discussions about surging shares are taking place in their C-suites and boardrooms as well.

Unlike Hertz, these companies are not under bankruptcy protection. So far, they are taking different approaches.

GameStop, whose shares slumped as much as 84% in the first week of February after surging more than 25-fold the previous month, has paperwork lined up to sell $100 million worth of new equity but has not yet disclosed whether it has done so. American Airlines Group Inc pulled the trigger on a plan to sell more than $1 billion of stock after its shares recently rallied as much as 48%.

AMC, which previously warned it could file for bankruptcy after the pandemic temporarily closed its cinemas, has raised roughly $1.2 billion through debt and equity deals. It is now racing to file papers with regulators to sell shares possibly worth hundreds of millions of dollars more, two people familiar with the matter said.

“A company would be silly not to” consider selling additional shares, one source close to AMC said. “Any company that is thinking seriously would want to talk it through and decide what strategies are available.”

AMC did not respond to a request for comment. In late January, Chief Executive Adam Aron said recent fundraising meant “any talk of an imminent bankruptcy for AMC is completely off the table.”

That was the dilemma Hertz faced last spring. The company filed for bankruptcy last May, crumbling under roughly $19 billion of debt as the pandemic decimated its business.

Roughly two weeks later, Hertz shares vaulted nearly 16 times to a high of $6.25, almost unheard of at the time for any company, let alone one under bankruptcy protection. Directors, executives and company advisers were befuddled, three sources familiar with the matter said. Calling around, there were no signs that a hedge fund or other large institutional investor was buying shares, one of the sources said.

An adviser talked with an investor who suggested the trading app Robinhood was behind the unexpected rise, the source said. Indeed, Hertz was among the platform’s most popular stocks. “Hertz bankruptcy is CANCELED by Robinhood ‘investors,’” a Reddit commenter called “itsnotshade” wrote at the time. “Good job guys.”

Some Hertz directors saw an opportunity to bolster its cash coffers with a stock sale. But some in the management, along with other directors, pushed back over concerns the shares were virtually worthless and any offering would take advantage of small-time investors unfamiliar with bankruptcy law, the sources familiar with the discussions at the time said.

Directors favoring a share sale countered that, while rare, shareholders sometimes receive payouts in bankruptcy cases, one of the sources said. Shares of other companies under bankruptcy protection, such as J.C. Penney Co Inc and Whiting Petroleum Corp, were also spiking at the time.

Eventually, the board decided to proceed with selling shares. On June 12, U.S. Bankruptcy Judge Mary Walrath approved Hertz’s plan to sell new shares. In court filings, Hertz touted that it would not have to repay the money and that the move was better for its creditors.

Hertz alerted the SEC and warned prospective buyers they would likely lose all their money.

But the deal was done before it started. In a television interview, then-SEC Chairman Jay Clayton said the agency had informed Hertz it had “comments” on the stock offering, and that most companies do not go forward after hearing from the regulator until the issues are resolved. Reuters could not determine the content of the SEC’s feedback on the offering.

The next day, Hertz, not wanting to antagonize regulators, pulled the offering, two of the sources said.