Mayday! On May Day?

The first day of May 2018 happens to coincide with the date that the Trump tariffs go into effect.

The probability is 50/50 that the announcers on CNBC and Bloomberg will be shouting “mayday!” on May 1, 2018. The first day of May is also known as May Day.

The potential for a “mayday” alert on May Day 2018 is because the stock market has the potential to decline significantly. The first day of May 2018 happens to coincide with the date that the Trump tariffs go into effect. Based on my viewing Bloomberg and CNBC, there are plenty of pundits and analysts who believe the tariffs will never go into effect. Their theory is that President Trump is using them as a negotiating tactic. I do not agree for these reasons:

“Mayday” was originated in 1923, by a senior radio officer at a military airport in London. The officer was asked to pick a word that could be used over the radio to indicate distress. He proposed the expression “mayday” from the French word m’aider which translates to ‘help me’.

“May Day” was an ancient pagan holiday celebrating the start of summer. In Gaelic traditions, it is known as Beltaine (or the Anglicized “Beltane”).

What I have not seen or read from any of the analysts and pundits that I have been watching or reading is why a tariff is so bad. The simplest way to explain why is to look at what happened in the past when FREE TRADE increased exponentially. That occurred in 1989, when the Berlin Wall was torn down and China opened up its economy. For example, with the failure of communism, the market for consumer products increased exponentially. To put it simply, the market for the potential buyers of OREO cookies increased by more than one billion. The result was an expansion in PE multiples for the US and global equities markets. The video below is an interview of me by WFN1 about why tariffs are so bad for the global equities markets.

The expansion of the multiples due to the collapse of communism enabled the 1982-2000 secular bull market to regain its strength. It could have lost its steam after the October 1987 crash. 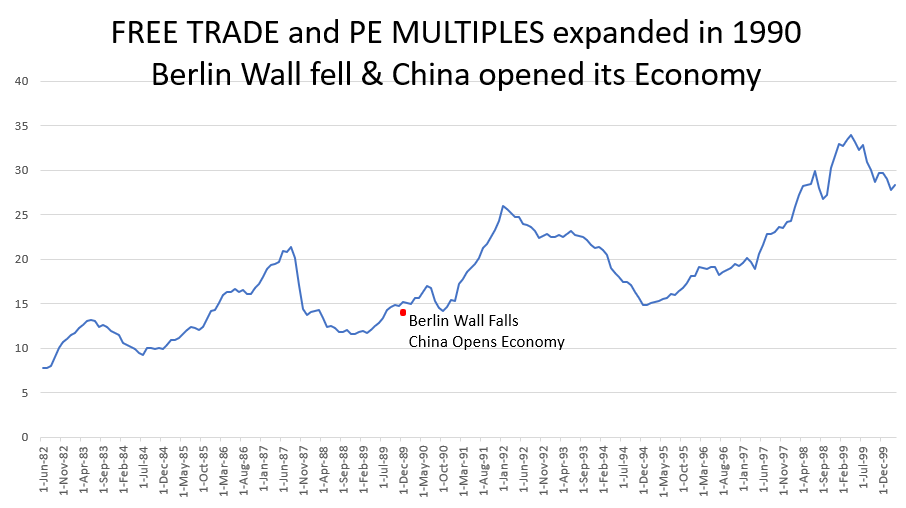 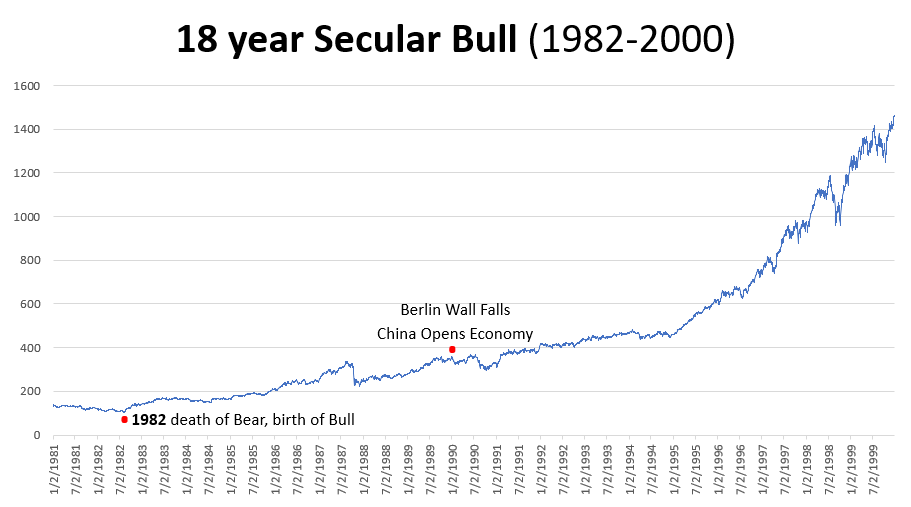 President Bush’s steel tariff from March 2002 to December 2003 is a prime example of how a tariff can compress the PE multiples for the market. During the period that the Bush steel tariffs were in place the S&amp;P 500’s PE multiples contracted and the index declined by 28.7%. 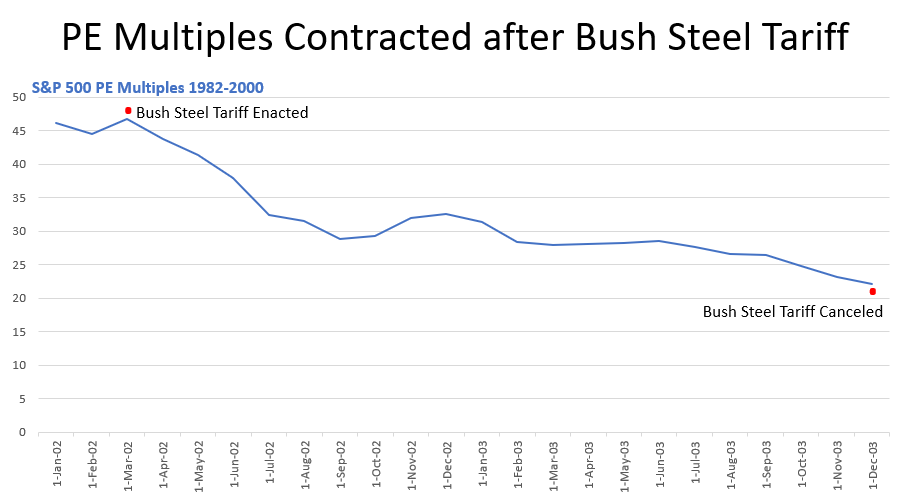 More information about secular bulls and bears and why they last for a minimum of eight years is available at ProftFromTheCrash.com. The video below provides details about the secular bull and secular bear markets that have occurred since 1802.

To insure access to all of my articles, reports and alerts covering the new bear market which was born on January 31, 2018 (see my February 6, article “Bull DEAD, BEAR DOB 1/31/18: Expect Stock Market Decline of at Least 50%”) sign up for alerts at ProfitFromTheCrash.com.

Disclaimer. Mr. Markowski’s predictions are frequently ahead of the curve. The September 2007 predictions that appeared in his EquitiesMagazine.com column stated that share-price collapses of the five major brokers, including Lehman and Bear Stearns, were imminent. While accurate, they proved to be premature. For this reason he had to advise readers to get out a second time in his January 2008 column entitled “Brokerages and the Sub-Prime Crash”. His third and final warning to get out, and stay out, occurred in October of 2008 after Lehman had filed for bankruptcy. In that article “The Carnage for Financials Isn’t Over” he reiterated that share prices for Goldman and Morgan Stanley were too high. By the end of November 2008, the share prices of both had fallen by an additional 60% and 70%, respectively — new all-time lows.