Looking for Wuhan Virus To Cause Severe Market Correction or Crash

The virus has not yet been discounted by global markets. 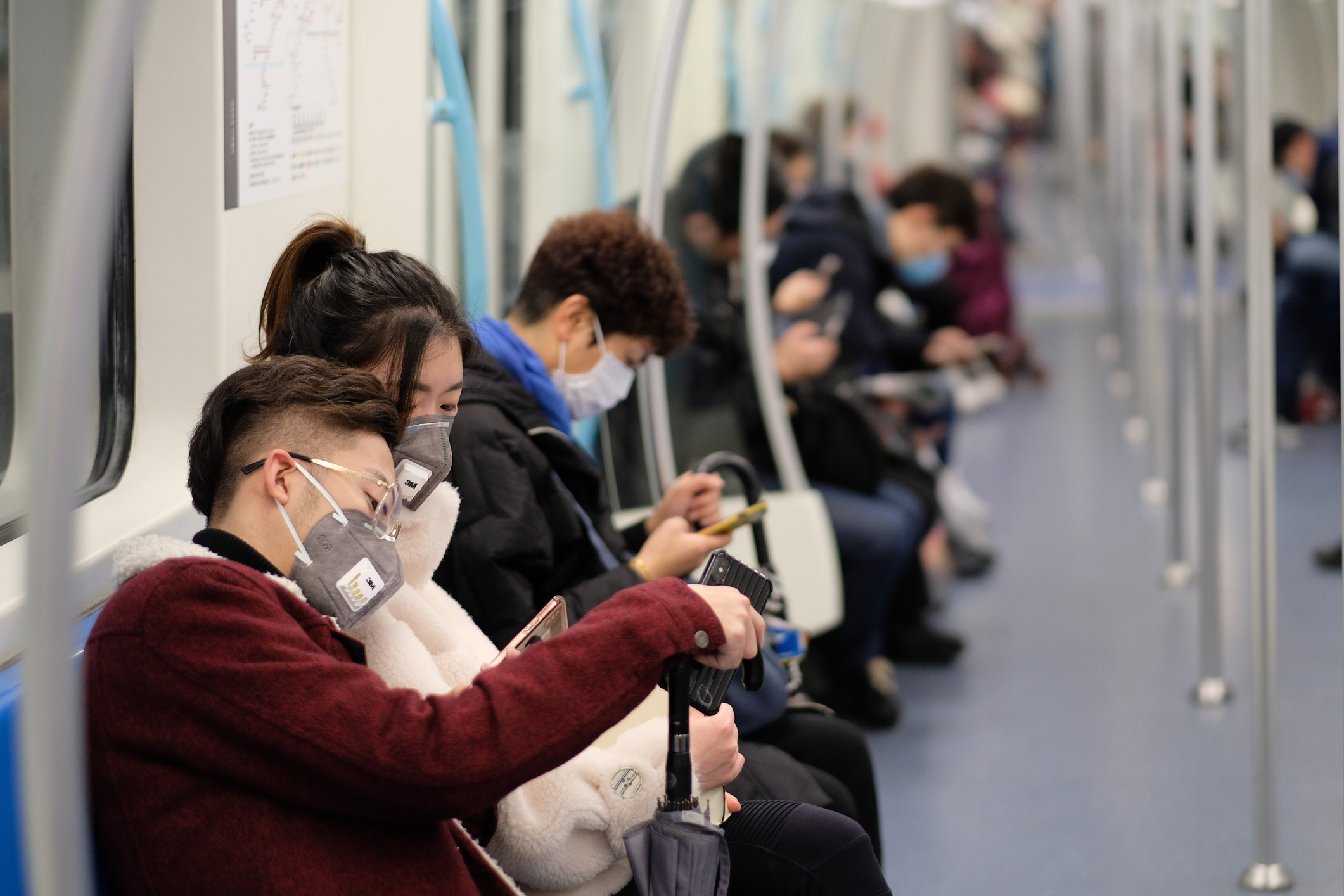 Based on my reading of the financial news and listening to the market pundits about the potential impact of the Wuhan Coronavirus, I think the probability is very high that the global equity markets will experience a severe correction or maybe even a crash very soon. It’s because the virus has not yet been discounted by the global markets. What transpires during this last week of January 2020 will be critical.

The media is reporting and the pundits are saying that the virus will have only minor impact. They cite the market statistics for the 2014 Ebola virus and the 2003 SARS virus. Bloomberg News, in particular, has been downplaying the story in articles such as, “Epidemics and Equities: What the Wuhan Virus Means for Markets” and videos such as “There Is No Reason to Panic Over Virus, Says OCBC’s Menon.”

That reporters, analysts and pundits are making comparisons to the 2014 Ebola virus is ridiculous. Ebola cases were reported in only six of the world’s countries during 2014. These included five third world and emerging market countries: Liberia, Guinea, Sierra Leone, Nigeria and Mali. The US was the only developed country with 11 cases and two deaths.

Looking back at the 2003 SARS virus, the primary thesis by the media and the analysts is that the markets declined and rallied substantially by the end of 2003. The reality is that the markets in the US and China had been in a steady decline since the bursting of the dotcom bubble in 2000. The US market’s rally for the second half of 2003, coincided with the unemployment claims from the 2001 US recession peaking in June 2003. 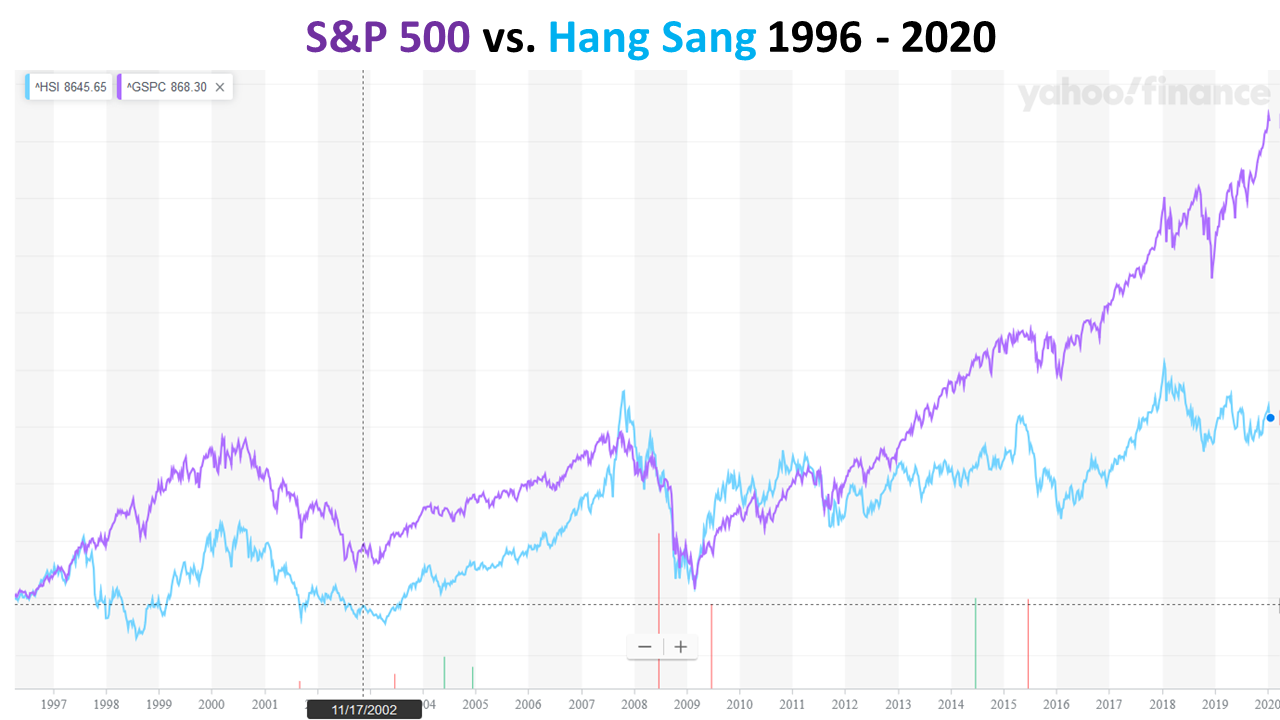 Most importantly, the Wuhan virus is spreading much faster than SARS did. The first case of SARS was reported on November 16, 2002. From then until February of 2003, the SARS cases spread very slowly.

The first cases of the Wuhan virus were reported by China on December 31, 2019. Since then, the virus in China has spread exponentially to 1,287 cases and 41 deaths as of January 25, 2020. What is particularly disturbing is that China first reported an “outbreak of pneumonia of unknown etiology,” now named the Wuhan virus, to the World Health Organization (WHO) at the end of 2019. Since China did not report SARS to the WHO until February 10, 2003, and only after hundreds had the virus, it’s likely that the Wuhan virus originated well before the end of 2019.

While the economic impact of the 2014 Ebola virus is not measurable, SARS definitely had an economic impact. Toronto was the world’s city which was hit the hardest by SARS. The impact on the Canadian economy was substantial. 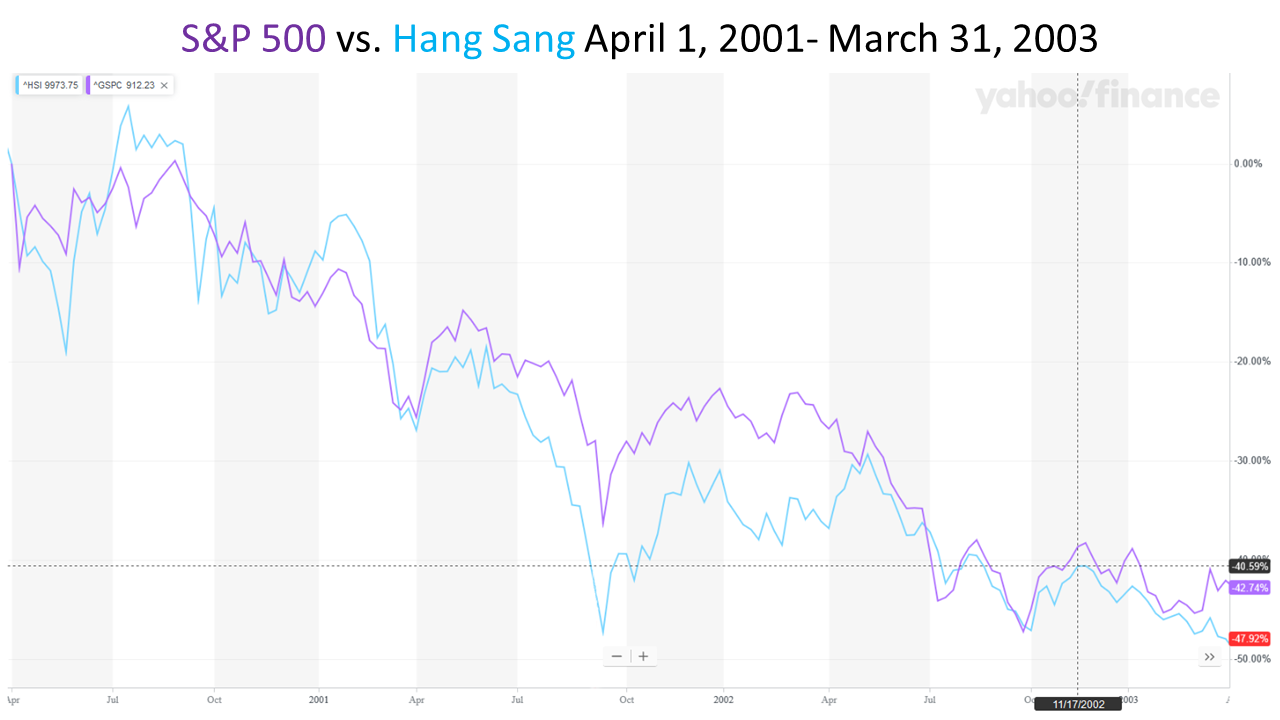 The global markets, especially in the US and China, could not be more vulnerable. Since the October 11, 2019, announcement of an agreed upon trade deal between the two countries, the Hang Sang has increased by 6.2% and the S&P 500 by 10.9%. The gains have driven the S&P 500 to an all-time high and the Hang Sang to a seven-month high.

In addition to the US and Chinese indices being near their highs, below are several other risk factors to consider:

The last week of January 2020 will be critical. The Chinese stock markets closed on Thursday January 23rd for a week to celebrate the Lunar New Year. Should the new virus continue to spread it could result in a sharp decline in sentiment by Chinese and global investors for Chinese stocks. The result could be a selling stampede when the Chinese market reopens on Friday, January 31st. The stampede could ripple across world markets and cause a global market crash.

The Bull & Bear Tracker (BBT) which produced gains at an average of 5% per month for the past six consecutive months is an excellent vehicle for hedging against market crashes. The BBT produces its greatest returns when the S&P 500 and Dow Jones indices are the most volatile. In 2018 the Bull & Bear Tracker’s first signals produced gains of 7.96% and 9.84% for two of the S&P 500’s worst 25 percentage decline days from 2009 to 2020.

For more about the Bull & Bear Tracker and for a 90-day free trial subscription go www.bullbeartracker.com.