Kohl’s Still in Play To Be Acquired

The report cited people familiar with the matter as saying that multiple entities are preparing binding bids for the department store chain.

In January 2022, Acacia Research, which is controlled by Starboard Value, an activist hedge fund, bid $64 per share for Kohl's.

Kohl's rejected that bid in February, along with another bid by private equity firm Sycamore Partners, which was reported to be for $65 per share.

Other bidders, including Hudson's Bay, had indicated that a bid as high as $70 per share may have been possible then.

Acacia may also be considering a new bid.

The sources said some of the potential buyers had indicated a willingness to go as high as $62 per share this time, recognizing that market conditions had changed significantly since Kohl's rejected Acacia's bid in January.

In the current inflationary environment, which has aggravated capital raisers and tightened funding sources, the thought is that Kohl's would be more willing to consider a lower bid than the one it rejected. 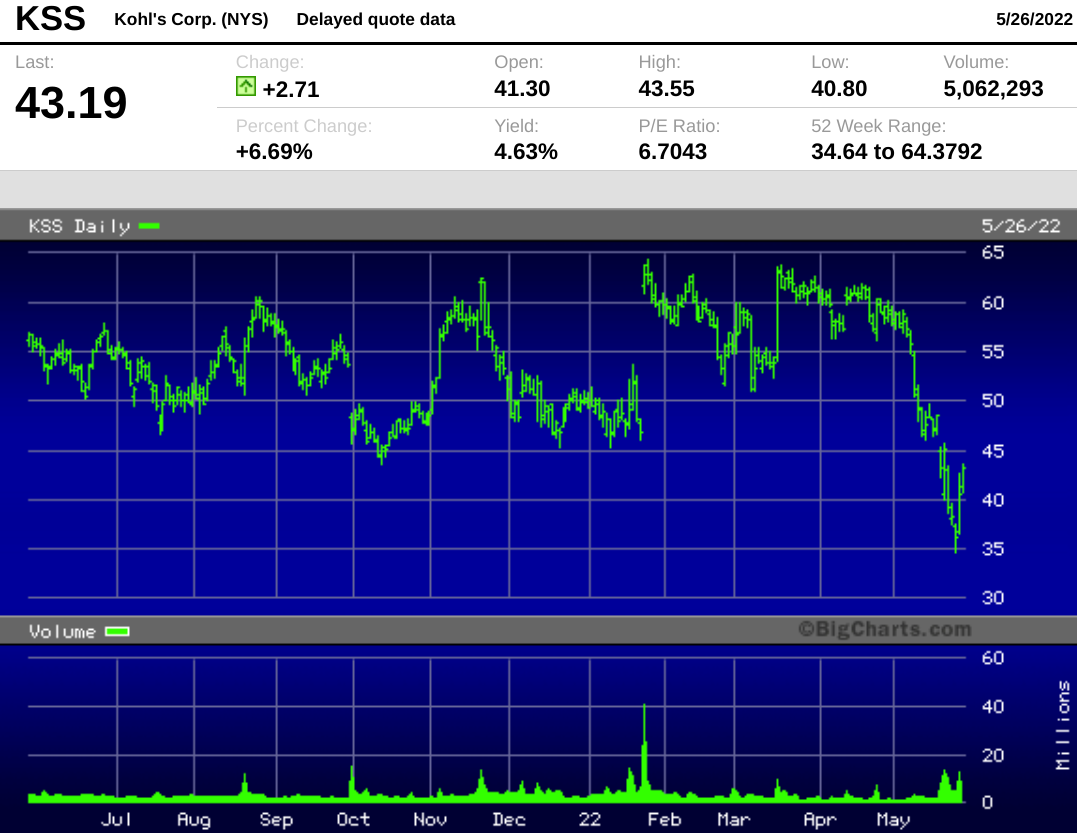