Is Your iPhone Already Obsolete?

How soon will you be throwing away your new iPhone? 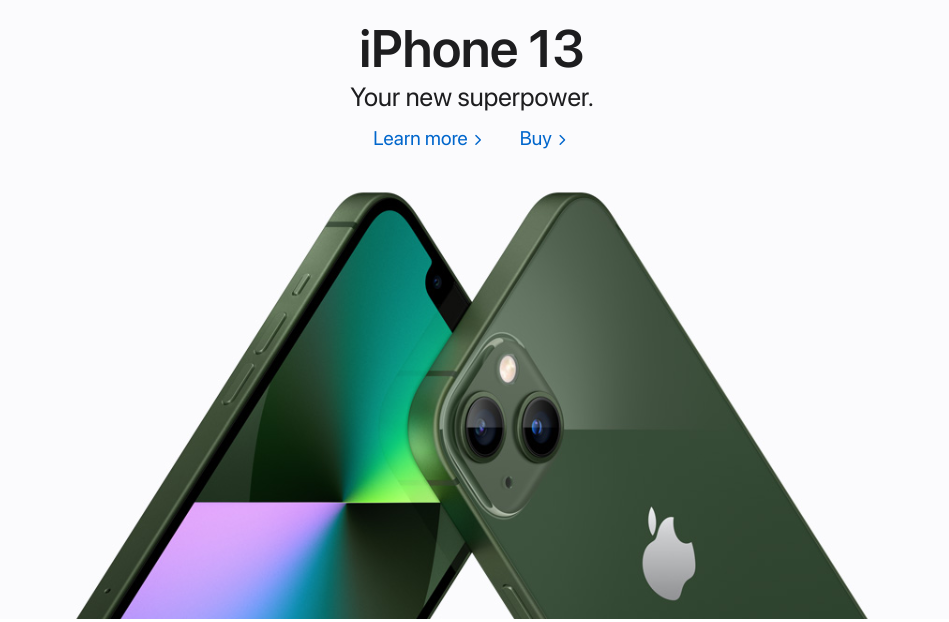 Will you be throwing your smartphone in the garbage soon?

If you’re like me, you’re seeing more and more ads claiming your smartphone will be obsolete sooner than you think.
But just how soon… and why?

Can you shed some light?

Chris Wood, tech expert, RiskHedge: The premise of those messages is spot on. Eventually, you’ll throw your iPhone in the trash and replace it with smart augmented reality (AR) glasses.

“Eventually” is the key word. The switchover will happen in phases. But make no mistake… it represents a huge migration of wealth. One that serious investors should start planning for and investing in right now.

Wood: The first thing to understand is the mind-boggling pile of money at stake. The smartphone is unique in world history. There’s never been a device so widely owned… yet also so expensive.

6.6 billion people (or 83% of the world’s population) own a smartphone. The global average selling price of smartphones over the past six years has been about $300. That’s almost $2 trillion dollars in revenue! I don’t know of any other consumer product that’s commanded that type of money.

Wood: I know… and they still don’t do justice to the importance of smartphones. Keep in mind, smartphone revenues only reflect the financial opportunity in selling the physical device.

But a smartphone is so much more than a block of plastic, metal, and glass. It’s the gateway to the internet. It’s the jumping-off point for billions of folks to access Facebook, Netflix, and dozens of other wildly popular apps.
That’s why the companies that make, sell, and control this gateway are tremendously rich and powerful.

Reilly: Why are you so sure AR glasses will replace smartphones?

Wood: Because AR glasses improve on smartphones in almost every way. With them you’ll be able to do everything you do with your smartphone: call a friend, send a text, take a picture, search the web, check email. But AR glasses can do so much more…

We’ve all used our smartphones to navigate a new town. Imagine having arrows point where to go in your field of view.

Or say you’re shopping. You’ll be able to try on clothes without going into the fitting room. You simply look in a mirror and your AR glasses will overlay the outfit onto your reflection.

Or say you’re at a baseball game. Your AR headset can pull up stats of players you’re looking at. You’ll also be able to interact with gaming applications and place in-game bets without missing the action.

Reilly: Okay, so why hasn’t this happened yet? Why haven’t AR glasses taken over smartphones?

The battery of an iPhone 13 is very advanced. It packs more power in less space at a reasonable price than anything else on the market.

But it’s roughly the length and width of a playing card. And as thick as five credit cards stacked on top of each other. It’s far too large and bulky to integrate into AR smart glasses.

Reilly: So how long until we see batteries small enough to fit in AR glasses?

Wood: We’re getting there, but it’ll take a few years. At the current rate of improvement, I’d estimate we’ll have batteries small enough to seamlessly fit in a pair of lightweight AR glasses by 2027 or so. That lines up with a recent report that Apple plans to release AR glasses called “N421” later this decade.

We’ll see imperfect solutions before then. For example, AR glasses could be attached to a power cable that connects to a battery worn on your belt.

That’s not a good solution, though. Remember, AR glasses go on your face. Folks aren’t going to wear them if they look goofy, bulky, or inconvenient.

Wood: A prerequisite for “consumer AR”—meaning AR glasses that regular folks want to wear every day—is the ability to control them easily. We swipe and tap our smartphones with our fingers. But how do you control a pair of AR glasses without taking them off your face?

The tech needed for this is still in its infancy. So as smartphones fade out, AR glasses will likely be controlled by a small remote that’s wirelessly connected to your AR glasses.

Having to carry around a controller and take it out of your pocket defeats much of the purpose of having AR glasses in the first place.

Reilly: How will that be solved?

Wood: A combination of three things: voice commands, hand gestures, and eye movements. Detection of eye movements is the most promising because it’s the most precise solution and the least disruptive to everyday life.

To give voice commands, you have to talk out loud. To make hand motions, you have to wave your hands in front of your glasses. This goes back to what I was saying earlier. AR glasses won’t really take off until they integrate into our lives and enhance them.

Reilly: You said this is the time to start investing… How?

Wood:  I expect Apple to dominate the colossal new AR glasses market. Apple is the king of making sleek, powerful, and simple-to-use products people love. I predict it’ll become the world’s first $10 trillion company, which would require its stock to gain around 325%.

That’s a nice gain, but it’ll take some time. I’m more interested in the smaller companies developing the tech needed to bring AR glasses to the masses. Remember: this includes the smaller batteries, the right controls, and more. A tiny company that signs a deal with Apple or Samsung can see its stock jump 500% in a year or less.

I have half a dozen battery tech companies on my watchlist.

One of its technologies, for example, uses an invisible infrared light to build a 3D model of the eyes, so it can tell where they’re focused at all times.

This enables folks who are completely paralyzed to talk… write… and communicate with the world. That’s the kind of breakthrough tech that’ll play a big role in bringing AR glasses to the masses.

Wood: I’ll say about 10 years. But don’t make the mistake of waiting until then to invest. That’d be like waiting to invest in Netflix until streaming had completely replaced cable TV. You would’ve missed out on 50,000% gains.

3 Breakthrough Stocks Set to Double Your Money in 2022

Get our latest report where we reveal our three favorite stocks that can hand you 100% gains as they disrupt whole industries. Get your free copy here.