Investors in the Wrong Trade?

This market is being driven by a handful of tech (growth) names which is actually normal at this point of the cycle. There are structural reasons as to why growth continues to outperform value.

Veteran fund manager Larry Glazer is worried too many investors are in the wrong trade.

His concerns stem from the crucial role big technology stocks are playing in the record rally. If investors don’t diversify away from some of the year’s biggest winners now, Glazer believes they’re going to feel a world of pain.

“Ten names driving half of the return of the S&P 500 in the first seven months of the year. They want to hear that can continue because it’s a neat and convenient story,” the Mayflower Advisors managing partner told CNBC’s “Futures Now” last week. “That divergence can’t continue.”

Glazer, who has almost $3 billion in assets under management, referred to Amazon, Microsoft, Apple, Netflix, Facebook, Alphabet, Mastercard, Visa, Adobe and Nvidia as some of the biggest names behind this year’s index imbalances.

These so-called FANG [Facebook, Amazon, Netflix, Google] stocks are “not the U.S. economy,” he added. “Investors need to make that distinction. They don’t want to hear it.”

He also suggested sentiment in the market was getting out of hand.

“Investors are starting to feel a little bit confident here. Maybe overconfident. Maybe almost little bit invincible. And, we’re starting to see some laziness creep into investment strategies,” said Glazer. “That laziness is precisely why at this moment we need the Honest Abe conversation.“

It sounds like a pretty bearish argument. However, Glazer isn’t classifying himself as a bear.

“It’s not so much that we can’t be bullish on the broad U.S. economy because when you look at jobless data, it’s really strong. You look at GDP, it’s strong. Consumer confidence [is at a] multi-decade high. All of those things are really bullish,” he said. “It’s really more a matter of the leadership of the market changing.”

According to Glazer, investors should shift their exposure to value names, particularly groups that typically do well as inflation rises and the dollar weakens. He likes financials, energy and gold. Plus, he suggested hard hit emerging markets are showing signs of a bottom.

“You are starting to see emerging markets coming back. So, that global story is intact. The divergence is dissipating. That’s what you really want to see to see the market go higher,” he added.

His thoughts came as stocks rallied to all-time highs, with the Dow reaching its highest level since January 26.

“It’s so convenient at a cocktail party to say ‘I want to stick with the Nasdaq. I’ll stick with the S&P. I don’t want to know about anything else. Asset prices will go up. There will be no inflation,'” Glazer said. “It doesn’t work that way. You got to get into the global picture.”

There is no denying this market is being driven by a handful of tech (growth) names which is actually normal at this point of the cycle.To understand why you need to read the research Francois Trahan publishes over at Cornerstone Macro. According to Francois, there are structural reasons as to why growth continues to outperform value and compositional issues as the value index now isn’t the same as it used to be.

Also, it’s important to remember he still sees return to stability and agrees with me that it’s time to get defensive. But being defensive is exactly why investors are clamoring into a handful tech names where you see growth in earnings.

The risk, however, is that you get abnormally crowded trades where every fund looking to outperform is clamoring into a few tech names.

And it’s not just big FANG stocks. Have a look at shares of Adobe Systems (), Advanced Micro Devices (), Square () and Roku () over the last year to get a sense of what’s going on in the stock market: 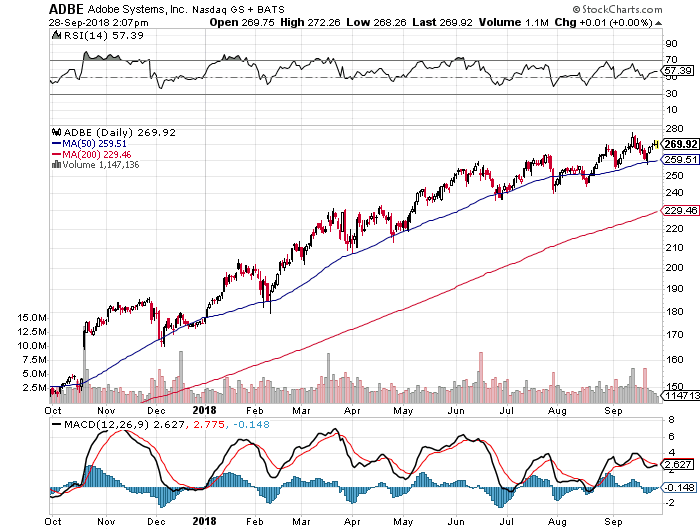 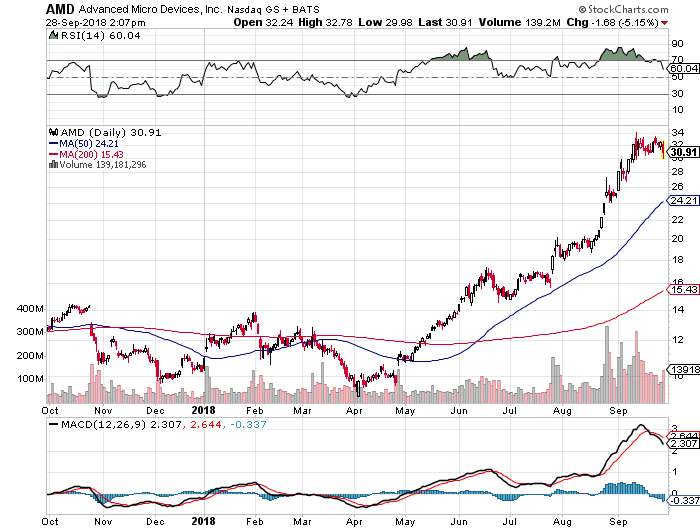 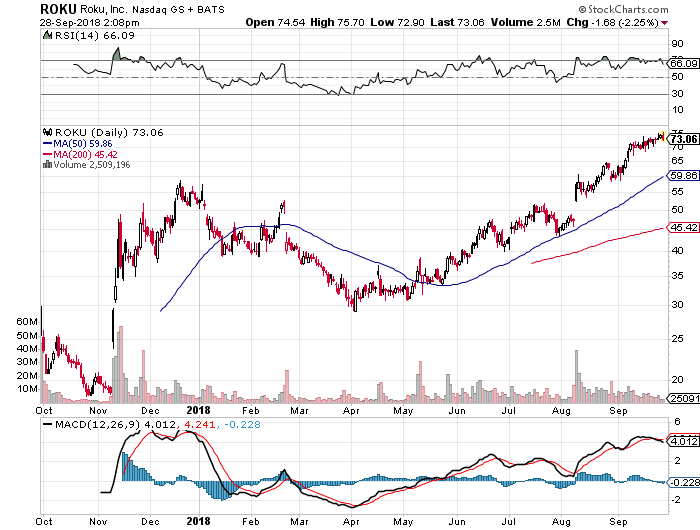 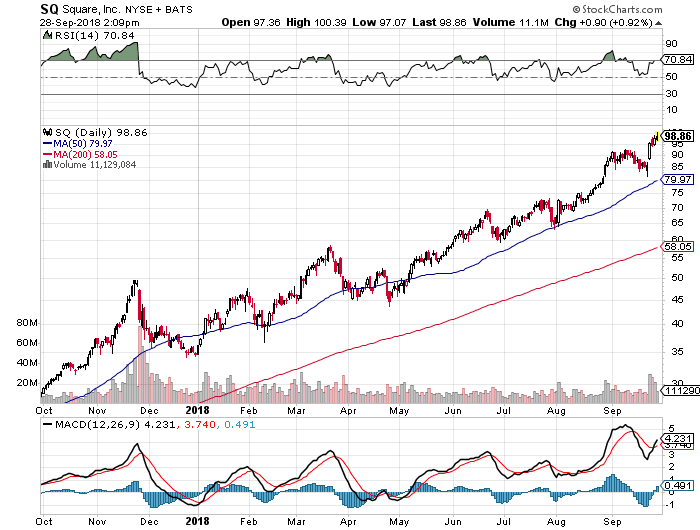 I see momentum chasing momentum in a few names but the risks are high and a lot of investors chasing hot stocks are going to get their head handed to them.

Last week, I discussed why Ray Dalio and David Tepper think we’re in the late innings of the economy and stocks.

This week, another hedge fund heavyweight, Ken Griffin, said that there are at least 18-to-24 months left in the market rally, thanks to the “giant adrenaline shot” of the US tax overhaul.

Everyone sees the end of the cycle but think about it, if the economy has 18 to 24 months left (I’m far more pessimistic), stocks should be rolling over before because they’re a leading indicator.

What else happened this week? The Fed hiked rates for an eighth time and raised its economic outlook:

The Federal Reserve hiked its benchmark interest rate a quarter point Wednesday, upped its anticipation for economic growth this year and next, and provided a road map of what lies ahead through 2021.

As widely anticipated, the policymaking Federal Open Market Committee increased the fed funds rate 25 basis points. That now takes the rate to a range of 2 percent to 2.25 percent, where it last was in April 2008. This is the eighth increase since the Fed began normalizing policy in December 2015.

The funds rate serves as the baseline for multiple forms of consumer debt as well as savings accounts and CD rates. The funds rate increase will be felt immediately in the prime rate and increase credit card charges, but its impact in other areas usually is more incremental.

Along with the rate increase, the FOMC continued to project one more hike before the end of the year and three in 2019.

The Fed had kept its target rate anchored near zero from December 2008 until this hiking cycle began as it sought to bring the economy out of the financial crisis slump. Since then, the central bank has sought to normalize policy through consistent but gradual increases.

We shall see if the Fed continues to hike rates next year, it all depends on emerging market stocks () and bonds () which remain weak. If we get a negative shock there, watch out, it will be the end of the long bull market for a long time: 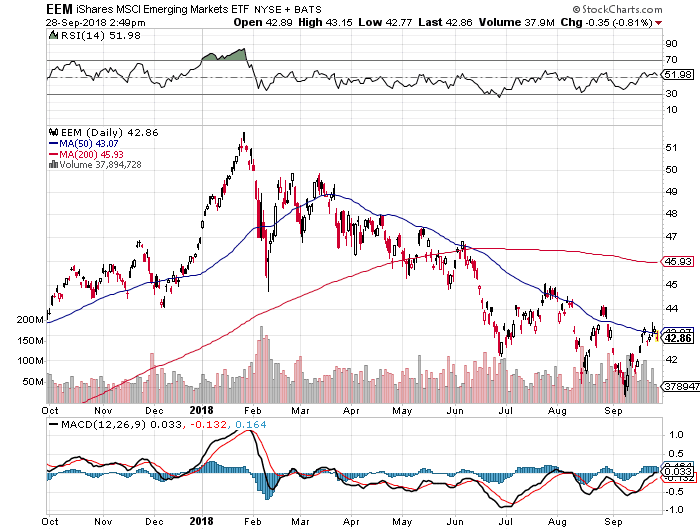 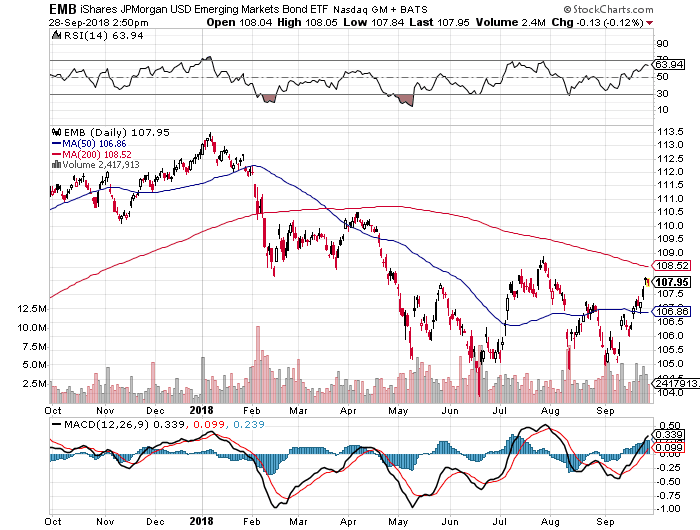 So far, there is no imminent threat but investors need to pay attention to what is going on outside the US because global contagion risk remains a concern which is why the US dollar () and US long bonds () are rallying of late: 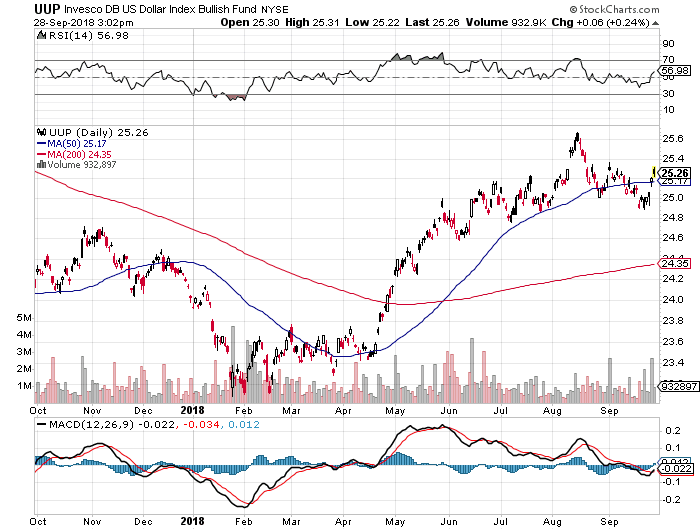 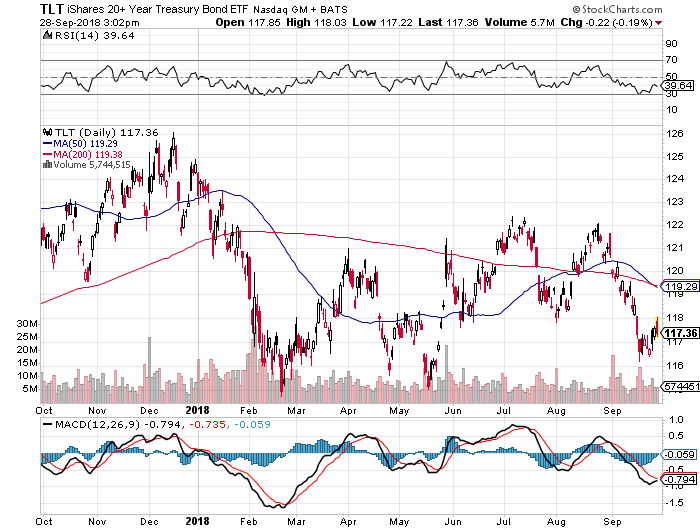 And Citadel’s founder and CEO Ken Griffin says his focus right now is on “managing the tail risks of a major market correction” because we are late in the cycle.

When Ken Griffin tells you he’s focused on managing tail risks, it tells you a lot about where you need to focus on right now, namely, on managing downside risk.