How Does the Market Seemingly Continue to Ignore the News? 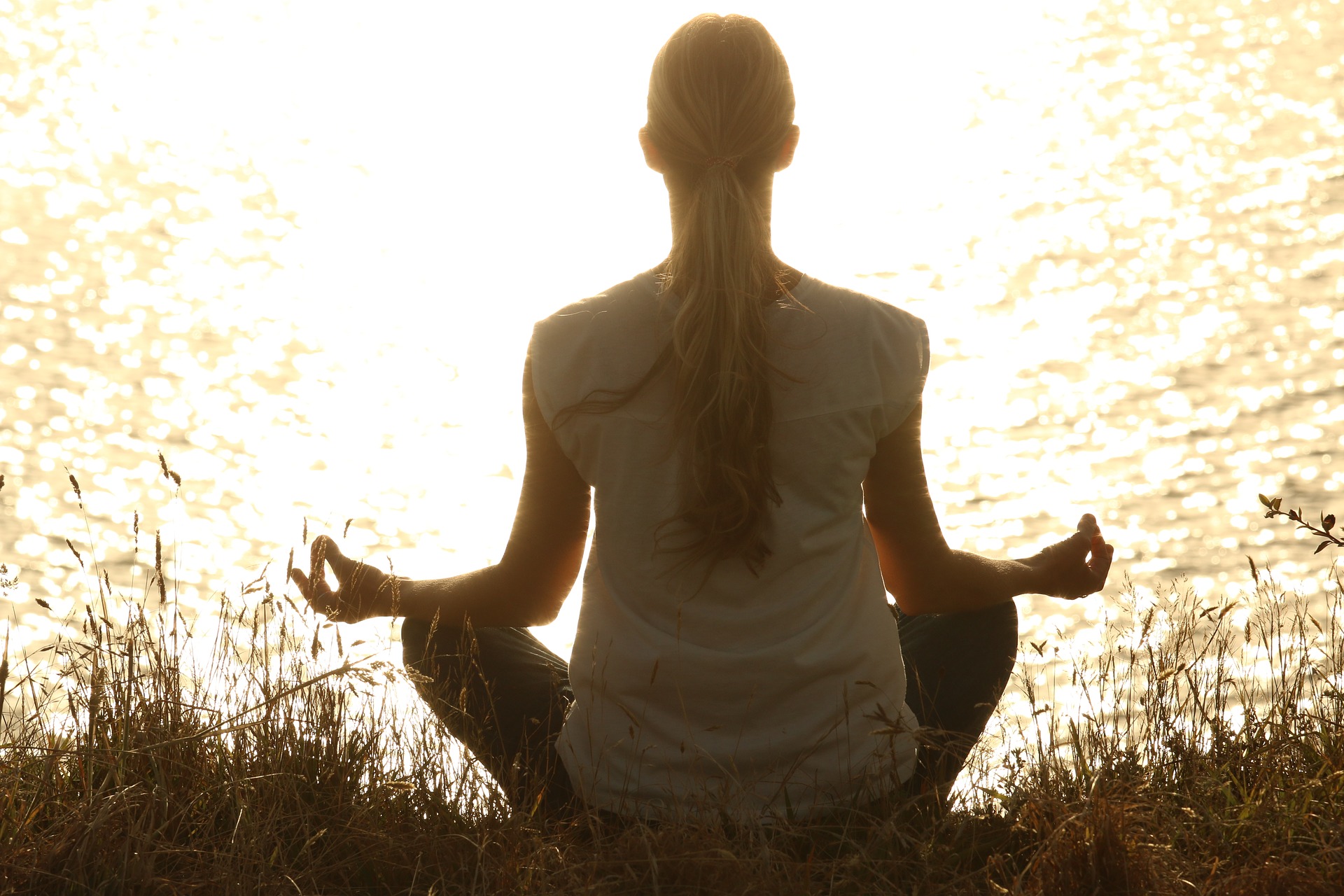 By Eric Kuby for IRIS.xyz

If you crawled under a rock on Sunday night and emerged on Friday afternoon and checked in on the markets, you would come to the conclusion that not much had happened.

The S&P 500 finished down 0.33%, while the Dollar, Gold , and VIX (Volatility Index) were all at similar levels to the previous week. The bond market, however, would provide you a clue that there had been significant news as the yield on the Ten-Year Treasury declined 16 basis points to 1.51%. In fact, it was quite a roller coaster ride with a steep decline early in the week triggered by recessionary concerns after the release of the ISM Manufacturing PMI which registered 47.8 in September 2019 down from 49.1 in the previous month, missing market expectations of 50.1. The latest reading pointed to the steepest contraction in the manufacturing sector since June 2009, amid ongoing trade tensions with China. The negativity persisted until mid-morning on Thursday following the ISM’s release of its non-manufacturing index that showed the softness had spread to the services sector, and the market bottoming down 3.7% for the week. “But wait,” harkened one hypothetical trader to another. “Now the Fed is going to have to cut rates at the next meeting.” That theory spread through the hypothetical trading pits like wildfire, and a glance at the CME FedWatch website now puts the probability of a quarter-point cut in the fed-funds target at 77.5% on Friday, nearly double that of a week earlier. The bounce back rally picked up steam on Friday after a “Goldilocks” job report showed enough softness to support the rate-cut forecast, while still showing enough job creations (136 ,000) to ease recessionary concerns. It’s hard to be too gloomy about the economy when the headline in the Wall Street Journal Weekend edition is “U.S. Jobless Rate Hits 50-Year Low.”

The market seemingly continues to ignore the impeachment proceedings, Brexit, and the riots in Hong Kong.

I attended the Alliance Global Partners Consumer Cannabis Conference in NYC on Thursday, and met with 8 companies covering different areas of the industry. We don’t currently have any investments in our Funds in the space, but I came away with enough information to be a little dangerous. The sector has come under a lot of pressure recently as evidence by the performance of the ETFMG Alternative Harvest ETF []: 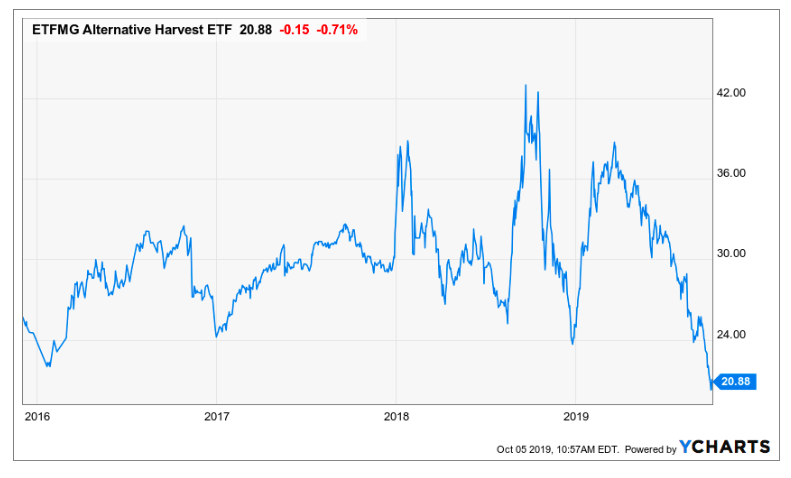 Please contact June Popio at jpopio@nsinvest.com if you want my thoughts on the risks and opportunities.

Trade talks could be back in focus, as U.S. and China hold principal level negotiations in Washington on Thursday and Friday. Fed Chairman Powell spoke on Tuesday in Denver, leaving the door open to potential further rate cuts, and the FOMC minutes from its mid-September meeting will be released on Wednesday. Any hawkish or dovish nuances will be carefully dissected against the backdrop of the current expectations of another impending rate cut. The Bureau of Labor Statistics will release its consumer price index on Thursday. If the Core CPI exceeds the 2.4% consensus forecast it would cast doubt on further Fed easing, as their actual mandate is to control inflation and employment, rather than provide a backstop for the stock market. Third quarter earnings season will commence, with the bar set low again calling for a 3.6% decline in composite S&P 500 earnings.

Stocks in the News:

Consolidated Communications Holdings, Inc. (-14.2%) is a leading broadband and business communications provider serving consumers, businesses, and wireless and wireline carriers across rural and metro communities and a 23-state service area. Leveraging an advanced fiber network spanning 37,000 fiber route miles, Consolidated Communications offers a wide range of communications solutions, including: high-speed Internet, data, phone, security, managed services, cloud services and wholesale, carrier solutions. There was no news to account for the share price decline. The Company will be reporting third quarter earnings on November 1 which will provide updated data on the progress they are making improving their cash flow while de-leveraging their balance sheet. The Company is a 0.82% holding in the North Star Dividend Fund. The Company’s corporate bonds are a 2.55% holding in the North Star Bond Fund and a 1.02% holding in the North Star Opportunity Fund.