GBP/USD: Brought Down by Boris Johnson

GBP/USD has extended its falls on the backdrop of chaotic scenes in Parliament. 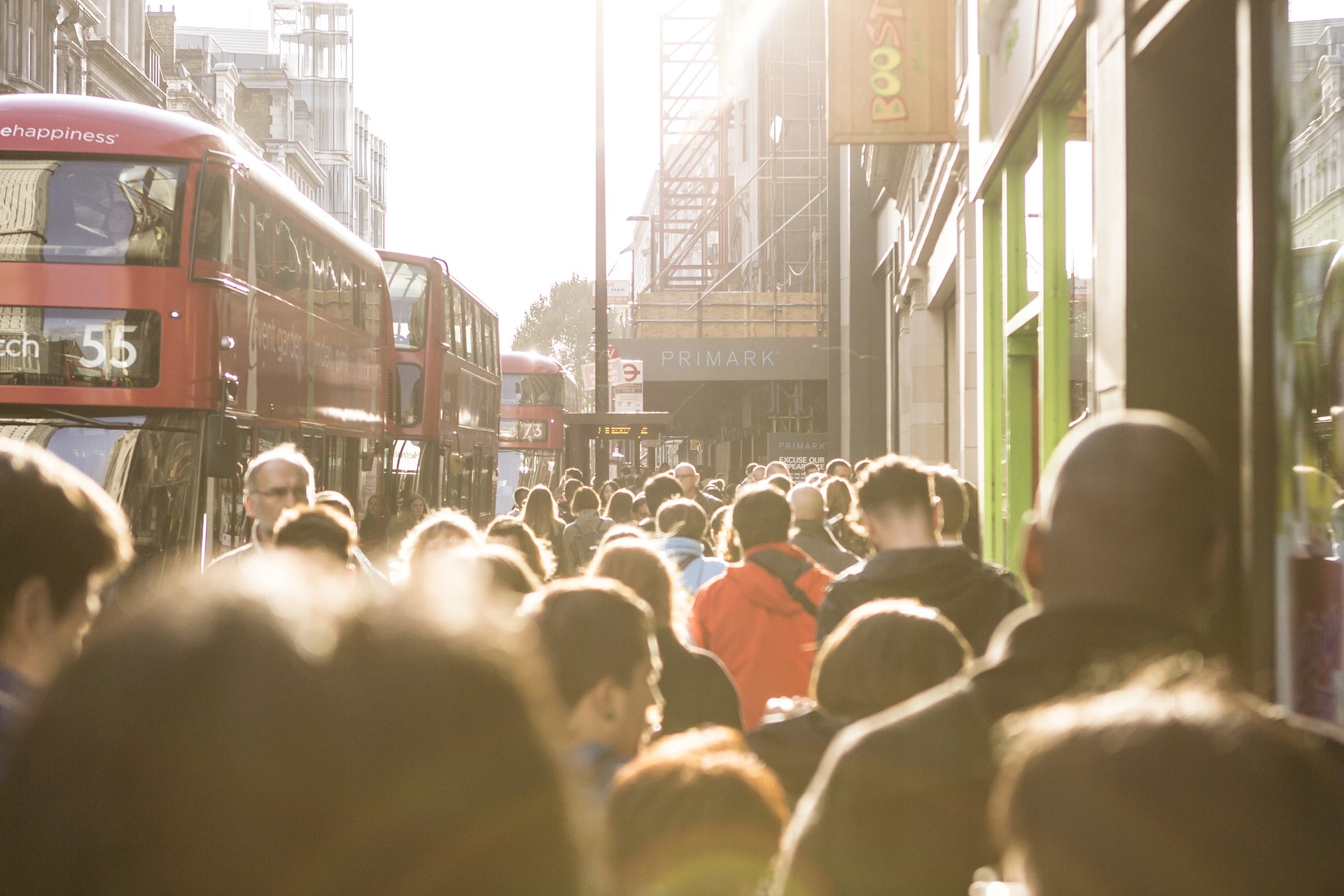 Parliament has returned – and with a vengeance. Prime minister Boris Johnson’s attacks have triggered angry responses, and the divisions show that even if a Brexit accord is reached, its chances of being approved are falling.

Anarchy in the UK

Johnson has refused to apologize for suspending Parliament – a move deemed unlawful by the UK Supreme Court. He has continued blaming the opposition for the bill that is meant to block a hard Brexit, calling it a “surrender bill” and a “capitulation.” When MPs asked him to moderate his language, he dismissed it as “humbug.” He even claimed that the best way to honour murdered MP Jo Cox would be to carry on with Brexit. She was assassinated days before the EU Referendum and supported Remain.

The House of Commons sits again today, and one of the hot topics is the use of language in politics. The opposition, which has yet to coalesce around a single plan or a single leader to inherit Johnson, will try to gather more to pin the PM and ask for an extension to Brexit if Parliament fails to consent to another agreement. In an interview, Johnson committed to leaving the EU on the October 31 deadline while complying with the law, two incompatible policies. Parliament will also vote on whether or not to take a short three-day recess for the Conservative Party’s conference next week. Chances are falling.

Talks between the EU and the UK continue in Brussels, but a breakthrough is unlikely amid the chaotic scenes from Parliament. A resolution may have to wait for after the Tory conference and until the heat calms down.

In the meantime, a YouGov survey showed that UK consumer sentiment is at a 6-year low. Later today, Bank of England member Jon Cunliffe will be speaking.

Political uncertainty also dominates in the US. The transcript of a call between Trump and his Ukranian counterpart Volodymir Zelensky revealed that Trump sought to dig up dirt on Joe Biden, his potential rival in 2020. The release of the transcript fueled Democrats’ calls for impeaching the president. While the chances of impeachment passing the Senate are slim, the process may still impact markets.

Trump expressed optimism about US-China trade talks, but markets are awaiting substance. There is little chance of a breakthrough before China’s weeklong celebrations of the Communist revolution.

The greenback has been on the rise across the board, but political developments have mostly influenced GBP/USD’s downfall. Parliament is probably where to watch for the next action. 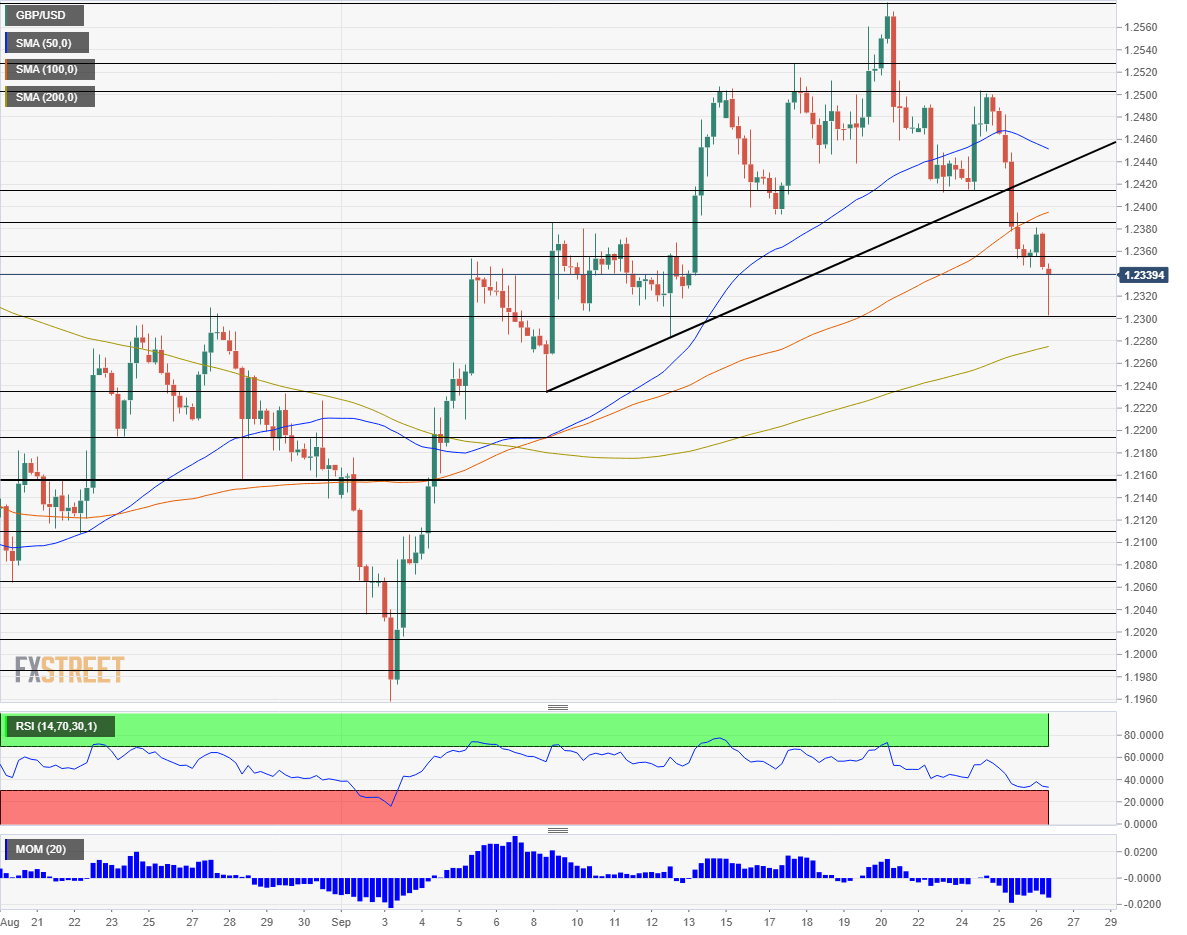 The Relative Strength Index on the four-hour chart is close to 30. A dip below this level implies oversold conditions – and a chance of a correction. Other indicators point to further downside. GBP/USD lost the 100 Simple Moving Average after dropping below the 50 SMA beforehand, and downside momentum prevails.

Moreover, GBP/US fell below the uptrend support line on Wednesday, opening the door to further falls.

Resistance awaits at 1.2385, that separated ranges earlier in September. Further up, 1.2415 provided support earlier this week, and 1.2505 was the high point seen on Tuesday.