A dramatic week in British politics kicks off with Johnson's threats of ejections from the party. The opposition will try to block a hard Brexit and the government may call elections. 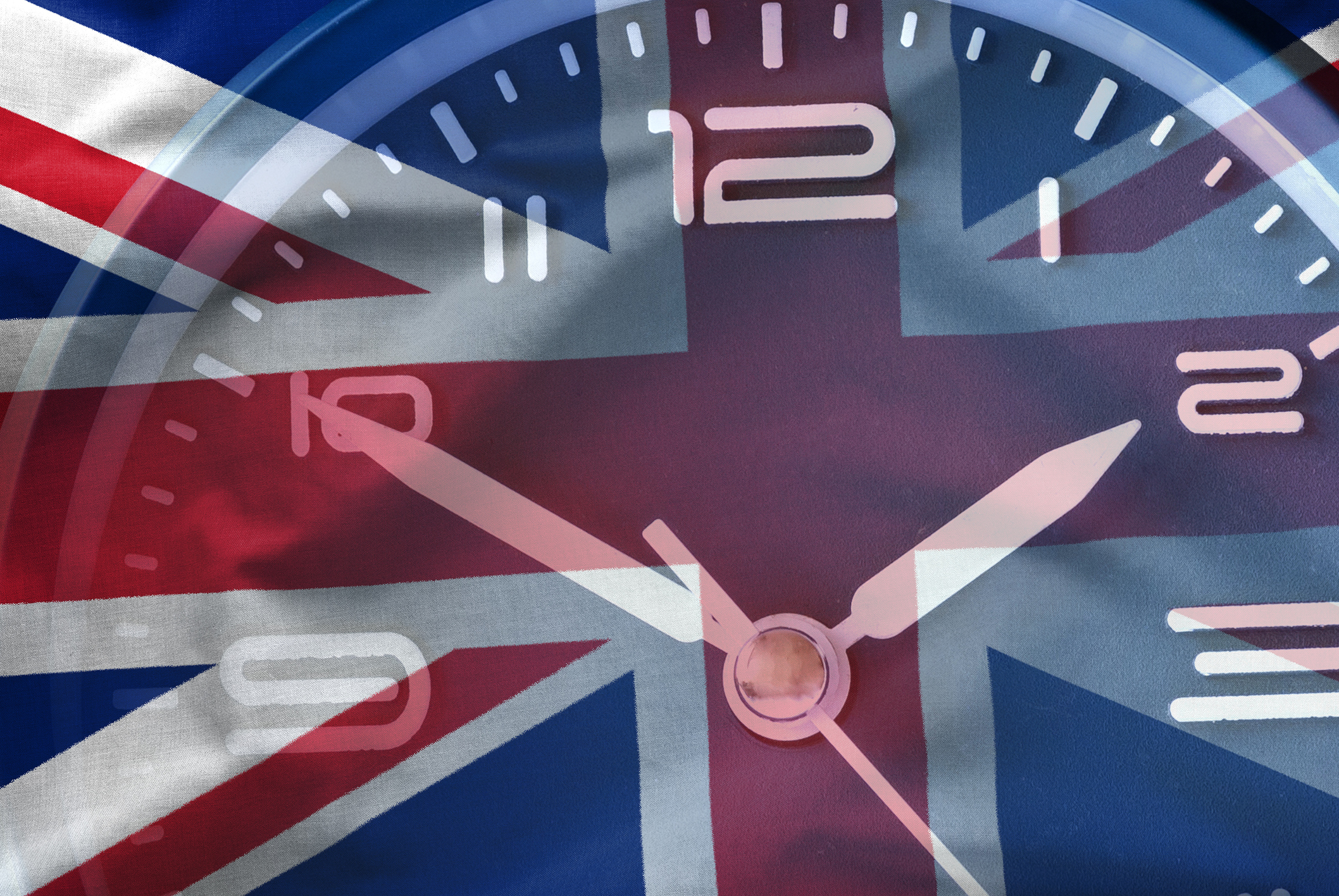 Vote against the government and you are out of the party – that has been the message from prime minister Boris Johnson to rebels in his own party. The energetic PM – who voted twice against his predecessor’s Brexit accord – has laid down the gauntlet to pro-Remain members of his party. David Gauke – former justice minister and leading rebel – has said that he will put country before party and thinks that Johnson is aiming for elections.

The prospects of a new poll – the fourth in as many years – is weighing on the pound. New elections will further limit the time needed to reach a new accord with the EU or agree to extend Article 50 to delay Brexit.

The government’s threat of removing the whip – disallowing MPs to run again – comes ahead of Parliament’s return from the summer recess on Tuesday. Opposition parties will try to pass rapid legislation to block the government from leaving the EU without a deal – something that Gauke said is unlikely to succeed.

Respect for the law?

Even if Labour, the Liberal Democrats and others get legislation through, it is unclear if the government will respect the vote. Michael Gove, the minister heading Brexit preparations, refused to confirm that the government will respect the law. Gove’s ominous words may serve as a catalyst for the opposition to get its act together quickly, as it may need to go to court to oblige the executive branch to comply.

Courts in England, Scotland and Northern Ireland will hold hearings for appeals to block Parliament’s prorogation. Johnson announced that the House of Commons will go for another break next week and return only on October 14 – 17 days before Brexit Day.

And while the PM has pledged to step up the pace of negotiations with the EU, Brussels is still waiting for more proposals. Moreover, a leaked government document from August 28 shows that there is no viable alternative to the Irish backstop – contrary to Johnson’s claims of finding alternative arrangements.

The backstop keeps the UK within the EU’s customs union to secure free movement on Ireland, thus preventing Britain from signing new trade deals – a red line for Brexiteers.

Elsewhere, the US and China slapped new tariffs on each other over the weekend – as expected. Markets remained calm as Trump said that high-level talks will go ahead as expected despite this escalation.

All in all, Brexit headlines are set to continue dominating trading today. IHS Markit’s Purchasing Managers’ Index for the manufacturing sector has fallen below expectations with 47.4 points, but sterling seems to move only on Brexit headlines. 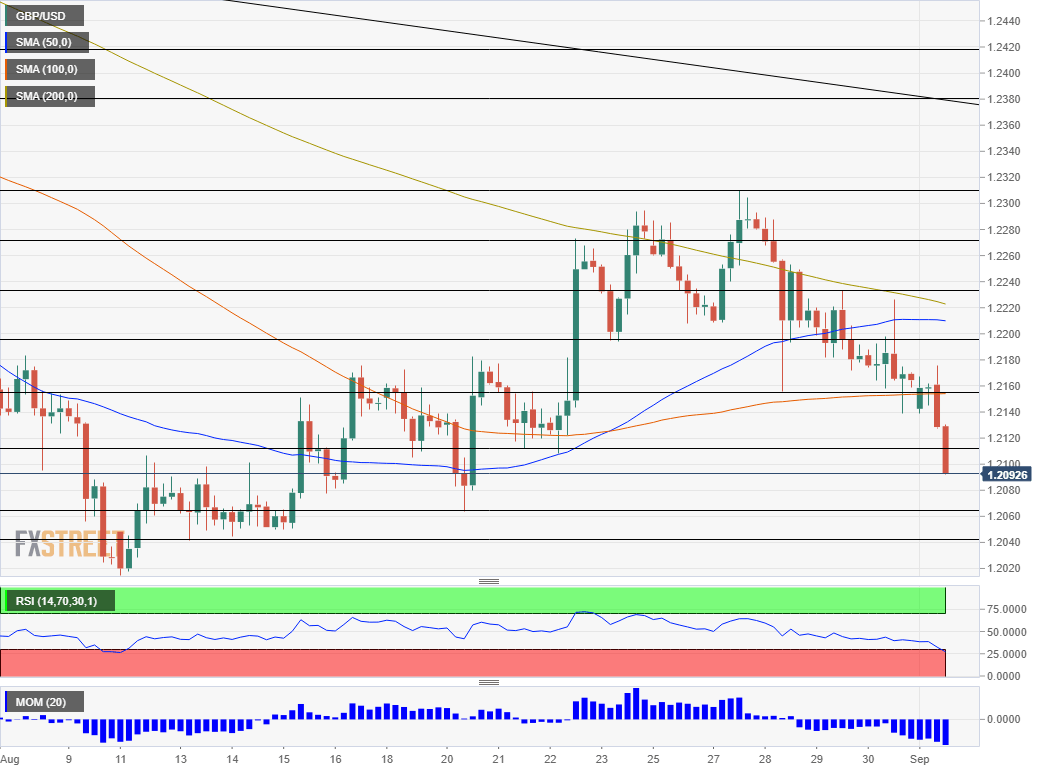 In its recent slide, GBP/USD has fallen below the 50 Simple Moving Average on the four-hour chart. It also trades below the 100 and 200 SMAs and suffers from downside momentum. On the other hand, the Relative Strength Index (RSI) is flirting with oversold conditions, touching 30. A dip below this line may trigger a temporary bounce.

Some resistance awaits at 1.2110, which was a stepping stone on the way up in mid-August. It is followed by 1.2155, which was a swing low last week. Next, we find 1.2195, which provided support when GBP/USD traded on higher ground.