GBP/USD has been dropping as the US dollar has retaken the reins. Thursday's four-hour chart points to further losses.

The US dollar has been enjoying a comeback, and GBP/USD bears can thank President Donald Trump for that. Trade tensions have further intensified after Trump said that there is no deadline for slapping new tariffs on China and that “it is all up here” – pointing to his head. The world’s second-largest economy has been keeping up the rhetoric as well with the commerce ministry, saying that “China will fight up to the end.” The resulting slide in stock markets has boosted the US dollar.

Wednesday’s protests in Hong Kong have also added to concerns. Demonstrators have clashed with police in the city-nation over the local government’s attempt to pass a law allowing extradition to China. Some see the battle over the former British colony’s values as a proxy clash between China and the West – yet another front in the trade war.

The greenback has quickly shrugged off the disappointing inflation report. Core consumer prices rose by only 0.1% on a monthly basis and 2.0% year on year – raising the probability of the Fed cutting rates this year – and potentially weighing on the dollar. Nevertheless, risk-aversion in markets has outweighed weak US data.

In the UK, Boris Johnson has finally launched his campaign to lead the Conservative Party and the country ahead of the first vote today. Johnson has said the UK must leave the EU by October 31st – the current Brexit deadline – but also that aims for leaving with a deal. Interestingly, he refused to commit to quitting if he fails to deliver Brexit by Halloween.

Tory MPs will shortly cast their votes in the first round of votes for the leadership. The contender that receives the least number of votes will be automatically eliminated, as well as candidates who receive fewer than 16 votes. The results – due at around 12:00 GMT –will draw an initial map of the leadership. Johnson is projected to come first, with Jeremy Hunt – his successor at the foreign office – to be one of the runner ups. Environment secretary Michael Gove and Home Secretary Sajid Javid are also among the top contenders.

Sterling has fallen on rising prospects of a hard Brexit – that Johnson did not rule out – but his ascent to the top post may turn positive for the pound. 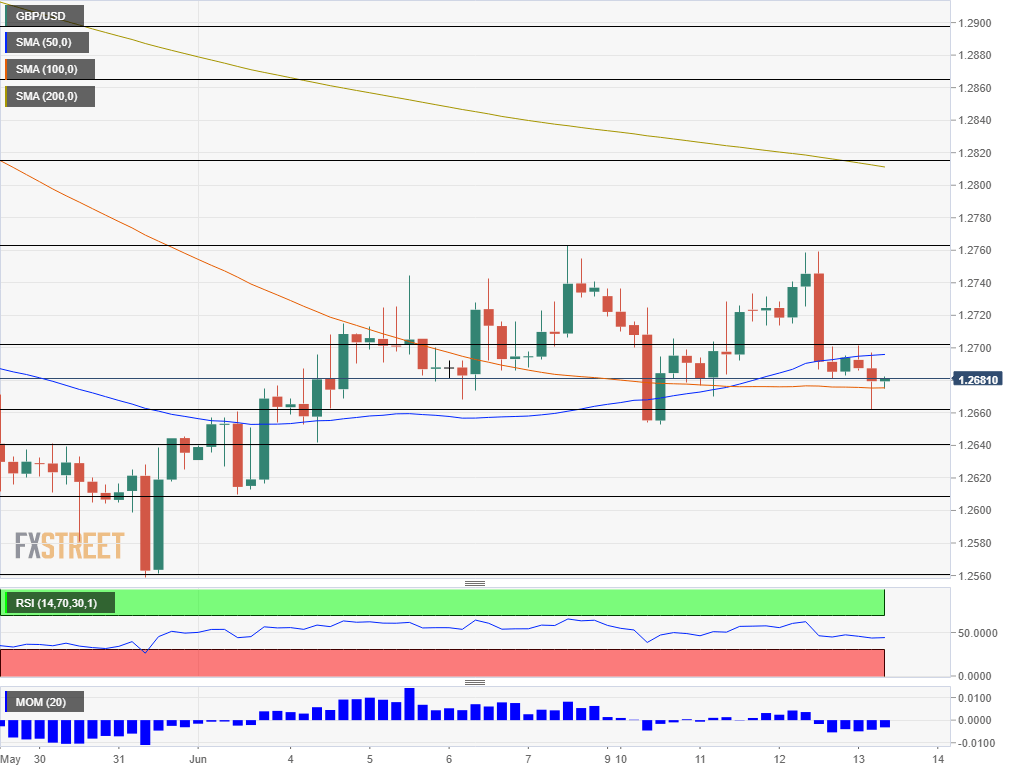 GBP/USD has dropped below the 100 Simple Moving Average and the 50 SMA. Moreover, the Relative Strength Index and momentum have turned down – all bearish signs.