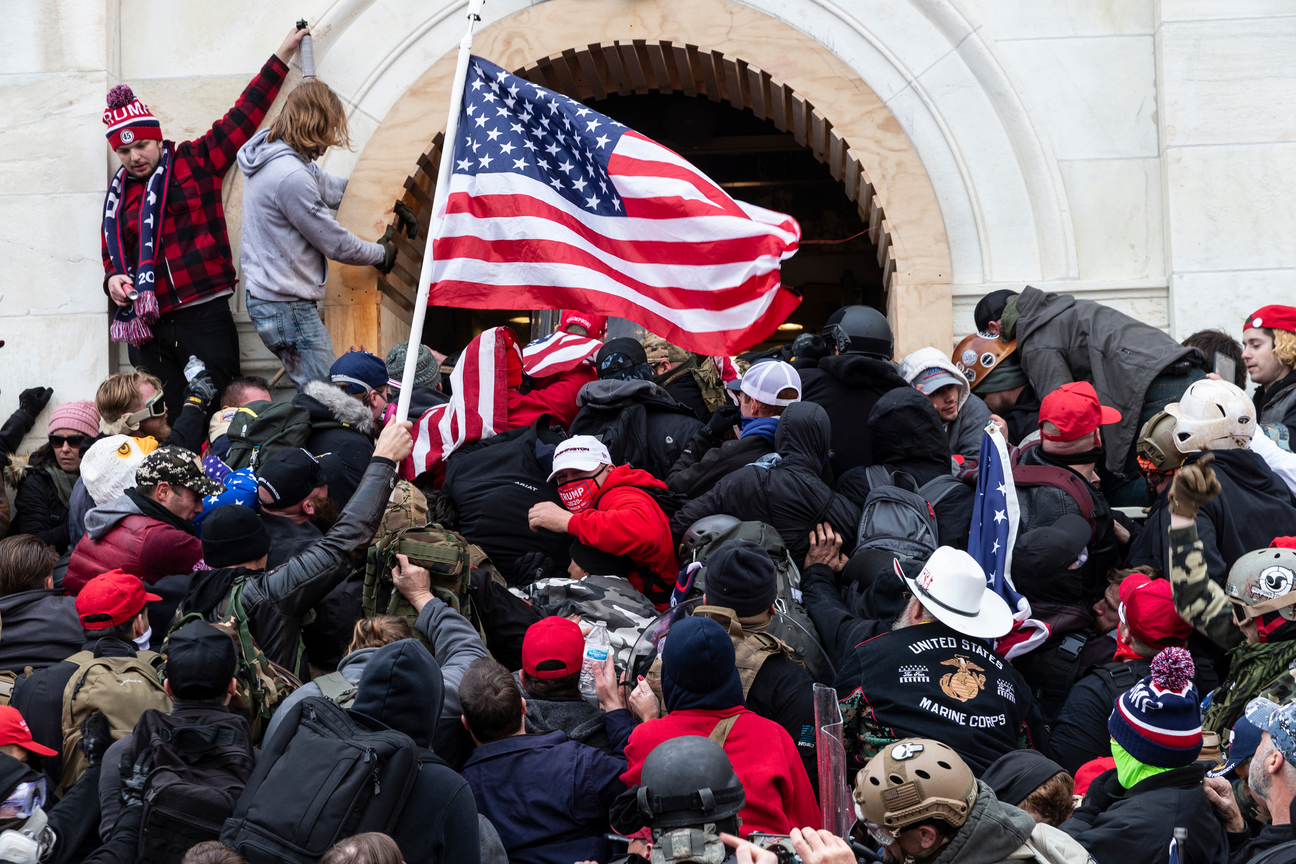 Over 535 individuals have been arrested for participating in the January 6 storming of the US Capitol, according to federal authorities.

The US Justice Department made its announcement Tuesday, exactly six months after a Trump-fueled mob stormed the Capitol seeking to disrupt the certification of President Joe Biden’s electoral college victory by Congress.

The attack led to the deaths of five people, injured more than 140 police officers and sent legislators running for cover.

The vote to certify the 2020 Election results was delayed by hours while supporters of former president Donald Trump trashed the historic building at his urging, causing $1.5 million in damages.

Since the siege, authorities have been on the hunt for those responsible and tracked down defendants from across the country, the Justice Department said.

Authorities said they received over 200,000 tips from around the country, many from family members, childhood friends and work colleagues who saw images on TV or on the rioters’ social media accounts.

Only 10 have so far entered plea deals, according to the Justice Department.

Federal authorities are continuing to investigate and are asking for the public’s help in identifying 300 people believed to have committed violent acts at the Capitol, including 200 who assaulted police officers.

In a statement Tuesday, Steven M. D'Antuono, assistant director in charge of the FBI's Washington Field Office, said, "As we mark six months since the violence at our nation's Capitol we continue to encourage the public to send tips to the FBI. As we have seen with dozens of cases so far, tips matter."

President Joe Biden called those who attacked the Capitol "insurrectionists" and said it "posed an existential crisis and a test of whether our democracy could survive."

“But while it shocked and saddened the nation and the world, six months later, we can say unequivocally that democracy did prevail — and that we must all continue the work to protect and preserve it. That requires people of goodwill and courage to stand up to the hate, the lies, and the extremism that led to this vicious attack, including determining what happened so that we can remember it and not bury it hoping we forget. It requires all of us working together — Democrats, Republicans and independents — on behalf of the common good to restore decency, honor, and respect for the rule of law,” the President said in a statement Tuesday.

The House voted last week to form a select committee that will investigate the January 6 attack. House Speaker Nancy Pelosi (D-California) made the move to establish the committee after Senate Republicans blocked the creation of a bipartisan commission to probe the insurrection.