Unsurprisingly, Facebook faces significant hurdles in ever launching its "cryptocurrency," not least of which are global governments. 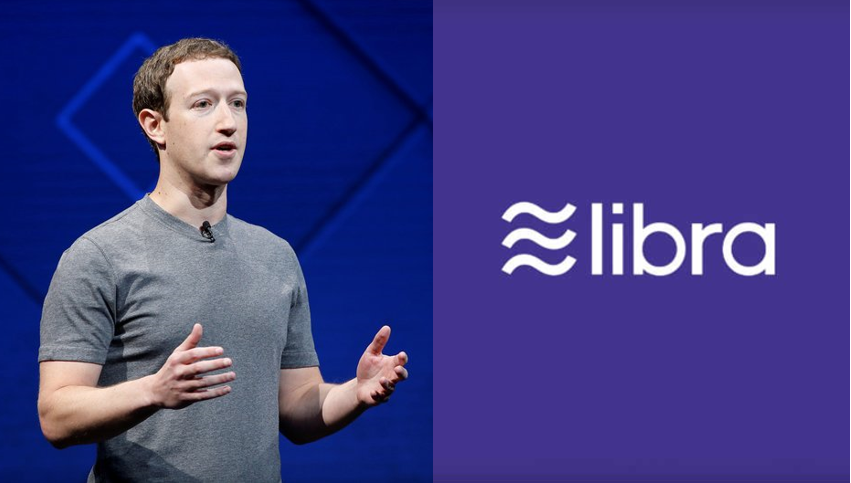 Now, it’s Facebook’s cryptocurrency, Libra, which some lawmakers called for Facebook to pause its development thereof, citing the company’s seemingly endless list of scandals. In their letter Tuesday, the groups said Libra raises questions about everything from national sovereignty to consumer privacy.

“The US regulatory system is not prepared to address these questions. Nor are the regulatory systems of other nations or international institutions. If products and services like these are left improperly regulated and without sufficient oversight, they could systemic risks that endanger US and global financial stability,” lawmakers said in the letter. CNET, July 2, 2019.

Yet, since June 2019, after Facebook released the Libra white paper about its “cryptocurrency,” top-tier publications have provided in-depth analyses of some of the major issues, including regulatory, privacy, ownership by for-profit companies, the potential misuse of economic and political power, doubts about permissioned cryptocurrencies, the lack of vetting app developers and more.

“Can’t wait for a cryptocurrency with the ethics of Uber, the censorship resistance of PayPal, and the centralization of Visa, all tied together under the proven privacy of Facebook,” said Executive Director of Open Privacy Sarah Jamie Lewis, on Twitter.

Others hype Libra as having the ability to scale with its 2.5 billion monthly users, provide financial access to billions of people worldwide with low-fee payments across borders, the underbanked, and to raise awareness of cryptocurrency worldwide. E-commerce will be extended by providing products to buy on Instagram and WhatsApp. Facebook claims that its wallet, Calibra, will not be connected to user data from Facebook and Instagram without permission. The company’s history with user privacy calls for more than a measure of skepticism.

But is Libra a Cryptocurrency?

Geneva welcomed Facebook as the home of the Libra Association, a not-for-profit organization that will govern the payment network and manage a financial reserve for the cryptocurrency. The Swiss State Secretariat for International Finance said it’s a “positive sign that Switzerland can play a role in an ambitious international project. Swiss politicians have gushed about the potential of “Crypto Valley” in the low-tax Swiss city of Zug, and then-Finance Minister Johann Schneider-Ammann last year even talked about Crypto Valley morphing into a “Crypto Nation Switzerland.” Bloomberg, June, 2019.

The Libra Association consists of 28 founding members, including MasterCard, PayPal, Spotify, Lyft, Uber and others that get one vote each along with Facebook. But, just because Libra employs blockchain technology doesn’t necessarily make it a cryptocurrency.

“While Bitcoin is a decentralized network exempt from permissions and resistant to censorship, Libra is run by a consortium of large corporations which will be impacted by regulations from various global governments. Also, it’s not a currency, it’s a digital token or – in financial parlance – a “stablecoin.” London Loves Business, July 3, 2019.

Unlike bitcoin which is decentralized and controlled by thousands of nodes worldwide that validate transactions, the Bitcoin blockchain needs more than 51 percent computing power (equal to billions of dollars) for it to be altered. Bitcoin is transparent, anonymous, borderless, permissionless, verifiable and immutable.

The Fuel for Disruptive Technologies

Disruptive technologies like cryptocurrency are defined as such because they’re driven by customers’ demands for faster, personalized, frictionless, cost-effective and more trusted products and services. However, since Libra is slated to launch in 2020, the debate will continue.

In the Age of Cryptocurrency: How Bitcoin and Blockchain Are Challenging the Global Economic Order, Wall Street Journal journalists, Paul Vigna and Michael J. Casey write:

“Most of the people we talk to seem to think of cryptocurrencies and related projects in terms of two to three years, or five to ten years…. Bitcoin is just six years old. It has gone from what ostensibly was one lonely coder’s pet project to a global phenomenon that has sparked the imagination and activism of libertarians, anticorporatists, crypto-anarchists, utopians, entrepreneurs and VCs.

Society-at-large will play a role, too, partly because of the disruptive impact that technology is having on people’s lives. Cryptocurrency is a potentially powerful new disruptive element. Interconnected computing gadgets give people far greater control over their lives, new markets for their products and labor, and new tools for organizing politically.

But the technology also fuels anxiety. Some fear the surveillance that it permits; others feel overwhelmed by the barrage of information; a good many will have their jobs replaced by machines and software. Technology has fueled a backlash, and cryptocurrencies are no different….

The passionate believers and the threatened masses are already rubbing up against each other in the public square. They are going to meet and mix and mingle and test out each other’s ideas and hash out where this whole thing goes. This is exactly how change happens, a constant, slow-moving evolution by which human society alters and adapts.”

Is Wall Street Bullish on Crypto?

J.P Morgan, RBC, SunTrust, Raymond James, and Baird are some of the Wall Street firms predicting that Facebook’s Libra is a move forward towards global adoption of crypto. Its financial infrastructure backed by heavyweights is a “watershed moment” but will take some time. Other investment banks are open to crypto trading based on customer demand.

Before any real progress can be made, however, cryptocurrency needs to be clearly defined to understand the key differences and potential problems.

First, Libra is centralized meaning its founding members will run nodes, and it’s regulated. A decentralized blockchain, like bitcoin, has millions of nodes so it’s not controlled by any intermediary. Other differences include onboarding. With Libra, you must be approved. With bitcoin, anyone can use it.

“Bitcoin is really a people-to-people currency and you can actively participate in the network. Libra is a currency of business-to-people. As a private person, you cannot easily participate actively in the network and, unlike Bitcoin, you must rely on the fact that the companies that operate Libra do not operate in secrecy. In addition, one can imagine that Libra could possibly be frozen and/or censored.

This is not possible with Bitcoin. Bitcoin transactions cannot be censored and Bitcoin accounts cannot be frozen by anyone. This makes Bitcoin a great place to donate to organizations that may be censored and muzzled in their own country. In addition, everyone can actively participate in the Bitcoin network.” CrytoTicker, June 2019.

Blockchain is a distributed ledger technology which uses cryptography to secure every transaction and insures its accuracy for every user in the network. It’s the underlying mechanism for the crypto market and is being used across a wide variety of industry sectors, including but not limited to, banking, messaging apps, voting, internet identity, ride sharing, education, cloud storage, music and entertainment, real estate, insurance, supply-chain, sports, retail, charity, cannabis and government.

“If Facebook can establish Libra as a trusted way for users make their transactions, it will go a long way to rebuilding trust in Facebook itself. Despite all of this, the crypto movement isn’t scared of Libra. “I’d be nervous if I were the US government, but I’m not nervous as a Bitcoin holder,” says Sasha Hodder, a lawyer from Washington DC.

“It’s a good thing… for more people to learn about Bitcoin. One is decentralized, one is centralized; one has a blockchain, the other says it’s a blockchain; one has an anonymous, pretty cool founder and one has Mark Zuckerberg.” The Telegraph, June 2019.

Have Americans Caught the “Crypto” Craze?

Backlash from Around the World

The Senate Banking Committee will be holding a hearing, “Examining Facebook’s Proposed Digital Currency and Data Privacy Considerations” on July 16, 2019, at 10 am ET. Chairwoman Maxine Waters (D-CA) and Ranking Member Patrick McHenry (R-NC) called for a moratorium on Facebook’s activity on Libra.

The House committee will hold its first hearing into Libra and its “impact on consumers, investors, and the American financial system” on July 17 2019.

France’s Finance Minister, Bruno Le Maire, asked the Group of Seven including France, Germany, Italy, Japan, the United States, the United Kingdom and Canada to draft a report on the cryptocurrency for its July summit. “This money will allow (Facebook) to assemble even more data, which only increases our determination to regulate the internet giants,’’ declared LeMaire.

On July 3, Cointelegraph reported over 30 advocacy groups have appeared as signatories on a request that Congress and regulators implement an official moratorium on Libra development. Also, Nobel prize-winning economist Joseph Eugene Stiglitz published an article claiming that “every currency is based on trust, but only a fool would trust Facebook’s Libra.”

“The scrutiny that we’ve seen is something that we expected and welcome. We announce this early by design to have this discourse in the open and gather feedback. Reserves would be subject to monetary policies of countries where funds are located. Calibra does not plan to apply for local banking licenses,” a Facebook spokesperson said. “We look forward to responding to lawmakers’ questions as this process moves forward,” but did not agree to pause development on Libra.

But, Facebook is setting its sights on underdeveloped countries. David Marcus, the head of the company’s blockchain group said, “Libra’s great promise is to help people who are poorly served by the current banking system, particularly those in developing countries.

“With Libra, anyone with a $40 smartphone and connectivity will have the ability to securely safeguard their assets, access the world economy, transact at a much lower cost, and over time access a whole range of financial services,” he wrote. “We firmly believe that if Libra is successful, it can be a non-linear step change for billions of people who need it the most.”

The novelty and ambition of the idea does not seem to be discouraging investors: Facebook stock is up about 4% since the company announced Libra. CNBC, July 3 2019.