EUR/USD: Bulls May Need to Wait

?EUR/USD has been consolidating its recent gains which stemmed from USD weakness. 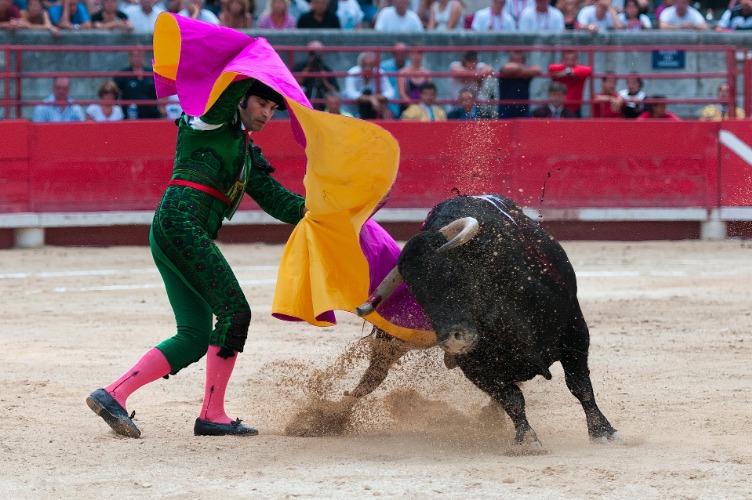 The subtlest of hints of a Fed rate cut has been all that markets had been waiting for – stocks surged and the US dollar extended its falls. Fed Chair Jerome Powell said that the Fed “will act as appropriate” in response to the risks that trade tensions pose to the US economic outlook.

The powerful central banker has deviated from his previous stance that advocated patience – which meant leaving rates unchanged for a long time. The tweak in his wording has been echoing and remains the main theme of the day.

Powell has had considerable reasons to lose his patient stance – there is no let up in the trade wars. China has fined Ford’s Chinese unit for a violation of an anti-monopoly law while the US is examining alternative suppliers of rare earth products – it is currently reliant on China. Rare earth materials are critical in various industries and the world’s second-largest economy has hinted it may curb exports.

On the positive side, US Treasury Secretary Steven Mnuchin will meet the head of China’s central bank Yi Gang at the gathering of G-20 finance ministers and central bankers in Japan over the weekend. While expectations are low, just holding the high-level meeting has been a source of comfort to markets.

In the old continent, preliminary inflation figures for May have disappointed – 1.2% year on year in headline consumer price index (CPI) and 0.8% on Core CPI. The European Central Bank meets tomorrow for a critical decision and the data may force president Mario Draghi and his colleagues to lower forecasts and take a dovish stance on interest rates. The anticipation of the event has limited EUR/USD gains.

And while traders will have to wait until Thursday to hear from Draghi, developments in his home country may take center stage. The Italian government is on a collision course with the EU once again. According to Italian media, the European Commission will initiate an infringement process against Italy over its fiscal policy.

Matteo Salvini, Italy’s Deputy PM and the de-facto head of state, is buoyed by his victory in the European elections and is set to deepen the country’s budget deficit. His Economics Chief Claudio Borghi said the talks with Brussels “must not end with a compromise similar to last autumn” – referring to Italy’s climbdown that was triggered by Rome’s rising borrowing costs.

And while the euro holds in breath ahead of the ECB gathering, top-tier US data awaits traders. The ADP Non-Farm Payrolls has served as a critical hint to last month’s jobs report and the upcoming release for May is set to draw attention.

The ISM Non-Manufacturing PMI is due shortly after. The forward-looking survey for the services sector may show a slowdown – following the footsteps of the manufacturing sector data released on Monday. Apart from the headline number, the employment component will be closely watched as a hint of hiring in America’s largest sector.

Overall, EUR/USD is set to move by further developments around Italy and US data – which helps to shape Fed expectations. 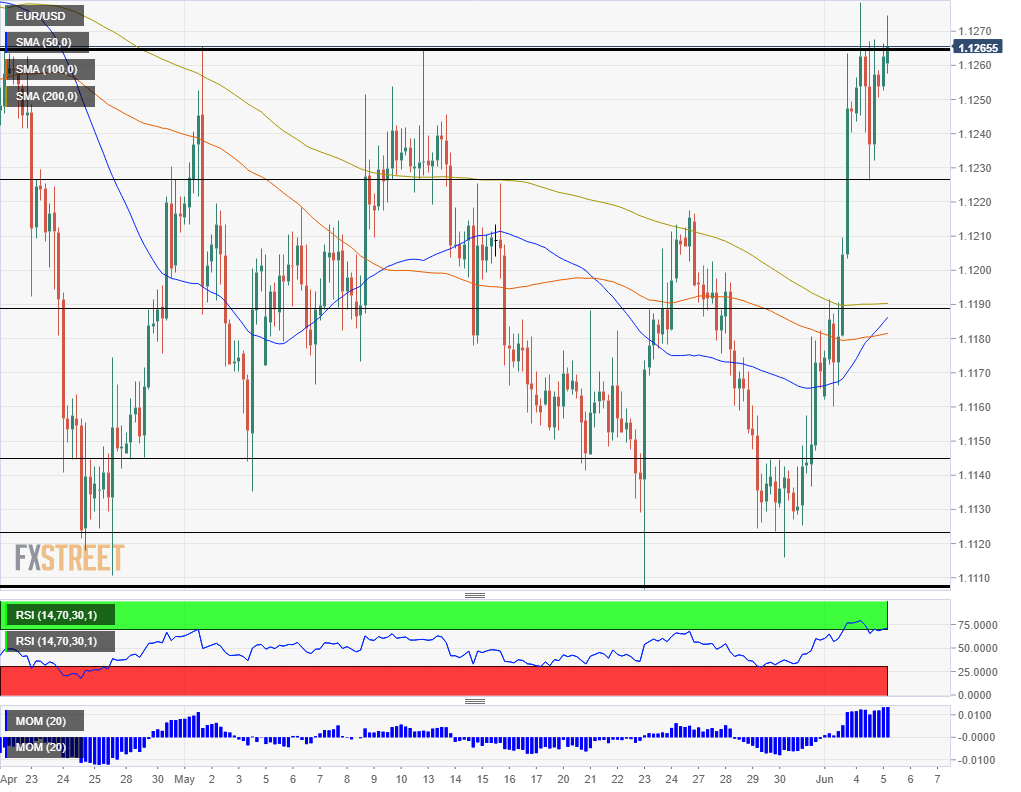 EUR/USD has been battling the former triple-top of 1.1265 that it only temporarily conquered on Tuesday. While momentum remains positive, the relative strength index is just above 70 – indicating overbought conditions. It seems that the currency pair will continue struggling for a direction for some time.

Resistance awaits at 1.1280 which was served as support in mid-April. Next up, we find 1.1305 that held the currency pair down in a recovery attempt later that month. 1.1325 was the high point in April and is the next line to watch.