This was the fifth consecutive quarter of triple-digit growth for the Uruguay-based electronic payments company.

DLocal saw total payment volume (TPV) $2.1 billion in the quarter, up 127% year-over-year. It's the first time the company has exceeded $2 billion in TPV in a quarter.

On the earnings conference call Wednesday, CEO Sebastián Kanovich said, "Although Q1 2022 has been marked by a challenging global macro environment, our business continues to benefit from the diversity of our merchants across industry verticals, geographies, products, and consumer behavior partners." 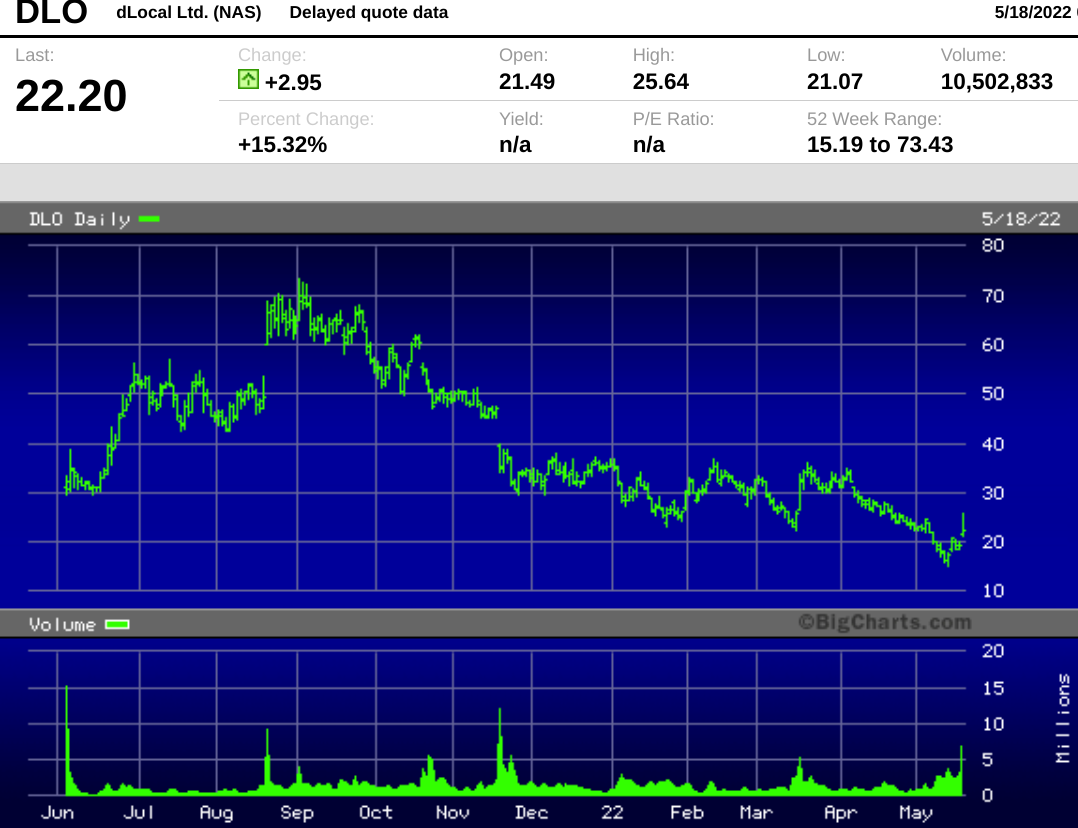 DLocal went public on Nasdaq in June 2021, in a $618 million deal priced at $21 per share. The company raised gross proceeds of about $93 million, while existing shareholders sold $525 million worth of stock.

Since peaking in August at $73.43, shares had tumbled 74% through Tuesday's close, before rallying 15% Wednesday after earnings. DLocal was one of the few bright spots in a day that witnessed broad losses across the market.

While it's admittedly difficult to wade in during such a tumultuous market, we think investors have reasons to be optimistic about DLocal. 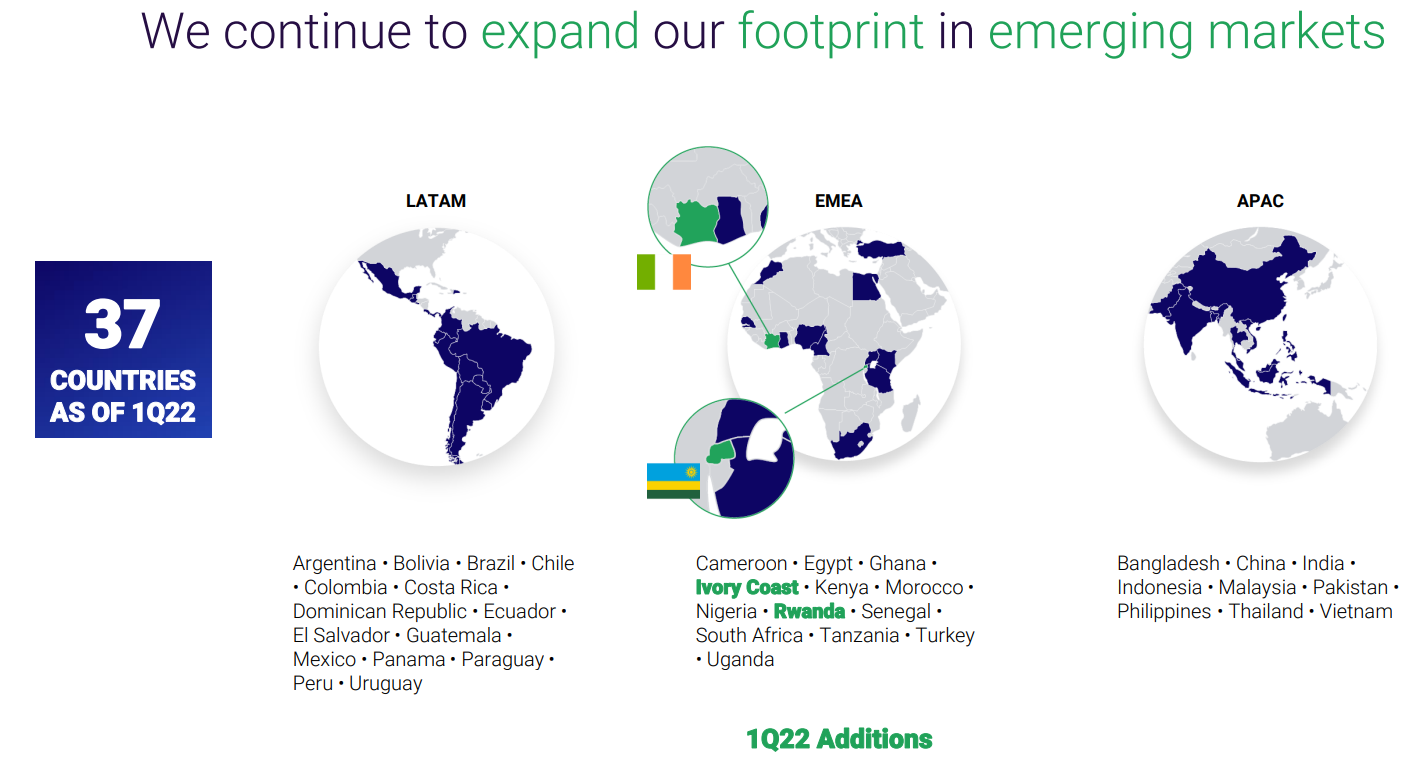