Crude Oil Could Fall Another 50%

Crude oil prices dropped 38% since October. But the worst has yet to come.

Crude oil prices dropped 38% since October 3. This is a massive meltdown, but based on this projection published in the June 20, 2018 Profit Radar Report, oil prices could shed another 50%. 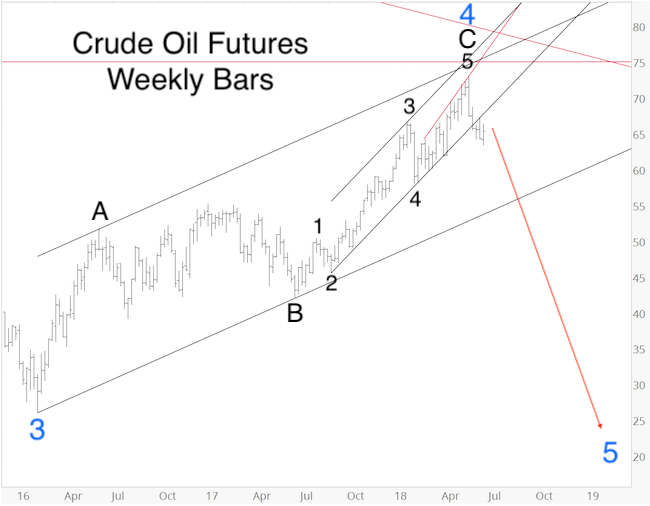 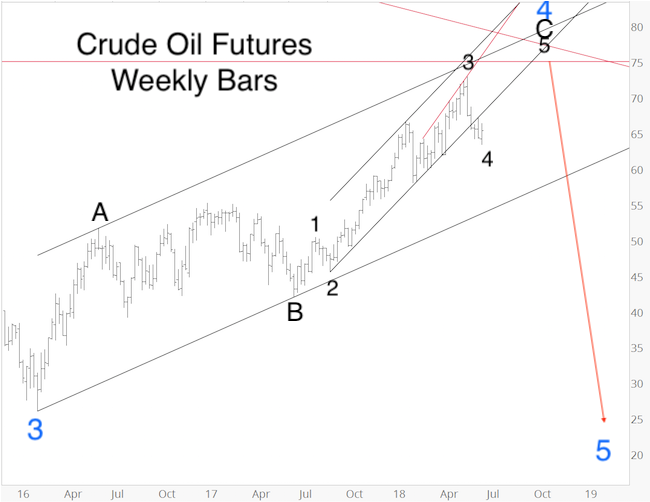 The November 25 Profit Radar Report stated that trade may bounce from the descending green support trend line, but warned that: 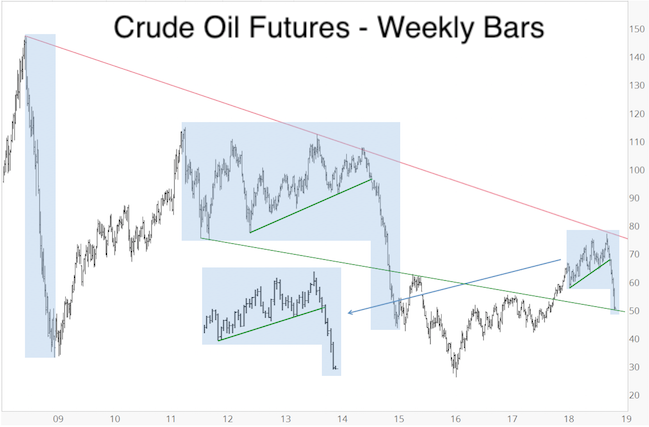 Oil prices did bounce from the green support line, but it failed to get above 55, which according to the December 9 Profit Radar Report was needed for a bigger snap back rally.

Price is once again nearing over-sold, and a bullish divergence exists, but betting on bounces in a bear market takes impeccable timing. 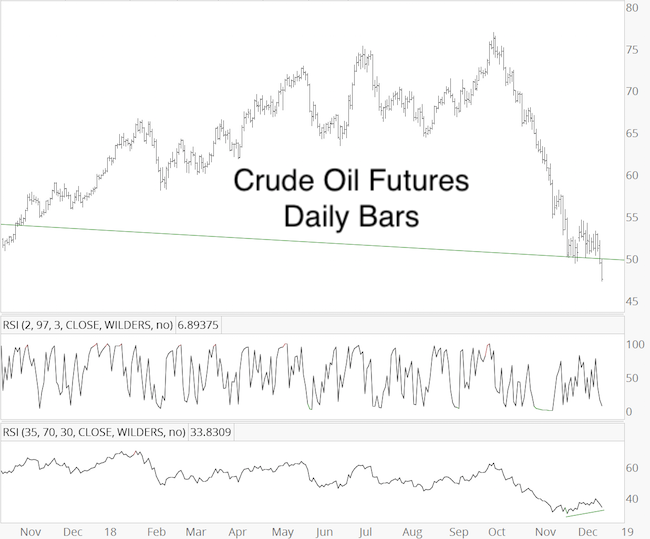 Continued updates are available via the Profit Radar Report.