The company is in Phase 3 trials with atrasentan for IgA nephropathy (IgAN).

The company took advantage of the increase in stock price in the wake of last week's presentation of positive clinical trial data from their two leading programs at the 59th European Renal Association (ERA) Congress 2022 that was held virtually and live in Paris.

BION-1301, an anti-APRIL (A Proliferation Inducing Ligand) monoclonal antibody in a Phase 1/2 trial for patients with Immunoglobulin A Nephropathy (IgAN), or Berger's disease.

Atrasentan, an inhibitor of the endothelin A receptor, is in the enrollment stage for a Phase 3 trial for the potential treatment of IgAN.

Chinook presented data showing "highly consistent and clinically meaningful" proteinuria reductions at weeks six, 12 and 24 of treatment in patients with IgAN who are already on a maximally tolerated and stable dose of a RAS inhibitor.

President and CEO Eric Dobmeier said, "This level of proteinuria reduction is likely to translate into significant clinical benefit for patients with IgAN who currently have limited treatment options and high unmet need.”

IgAN is the most common primary glomerular disease globally with US prevalence of 140,000 to 150,000 patients. 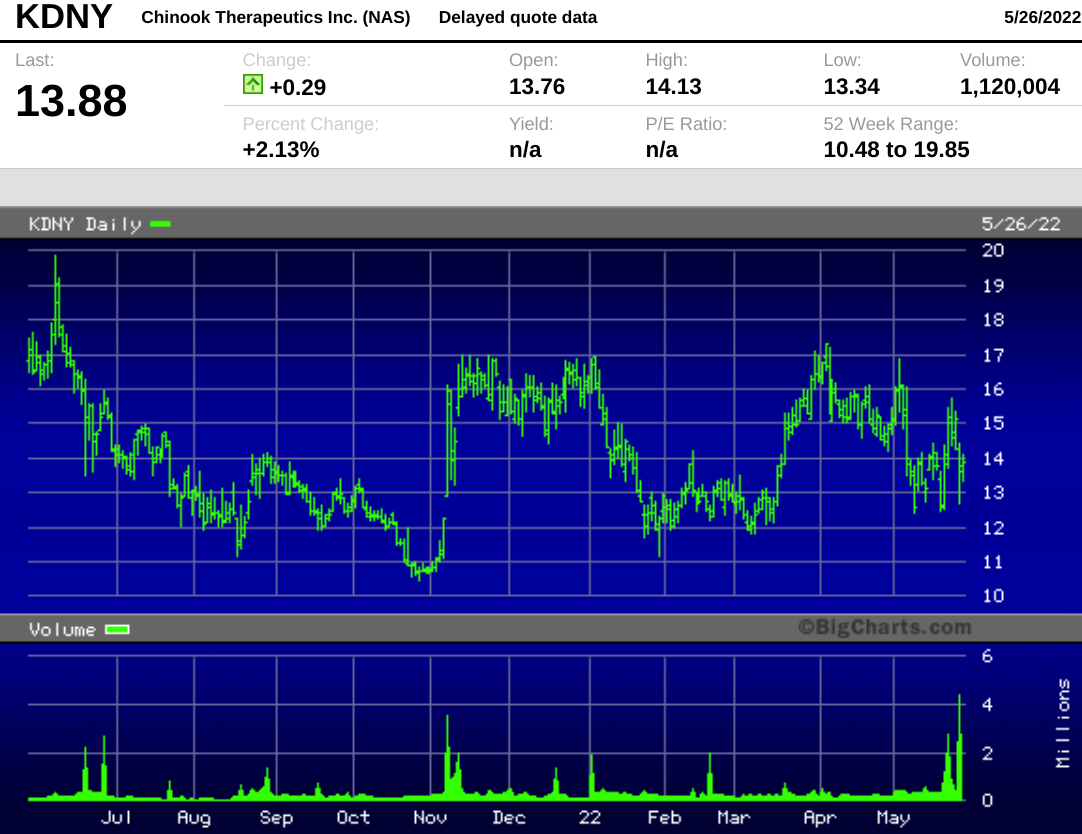