The jump in profits from a year earlier comes as BP says it expects oil demand to recover in 2021 due to strong growth in the US and China as COVID-19 vaccination programs accelerate. 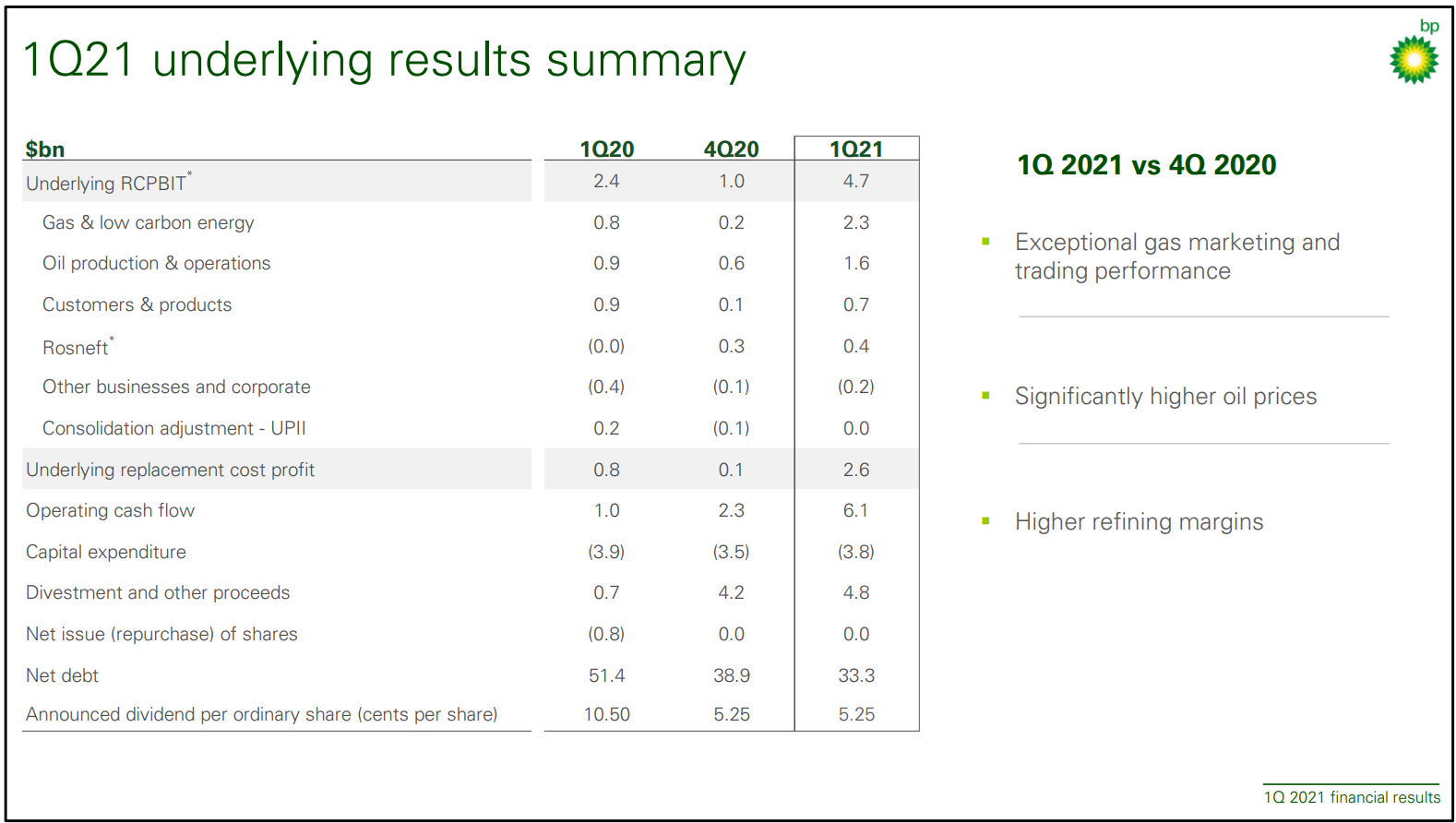 By Ron Bousso and Shadia Nasralla

BP’s profit more than tripled to $2.6 billion in the first quarter thanks to stronger oil prices and bumper revenue from natural gas trading, paving the way for the energy company to start buying back its shares.

The jump in profits from a year earlier comes as BP says it expects oil demand to recover in 2021 due to strong growth in the United States and China as COVID-19 vaccination programs accelerate.

In a sign of growing confidence in the economic recovery and its operations following a year of cutting costs, headcount and its dividend, BP said it will buy back $500 million of shares in the second quarter to offset dilution from an employee share distribution program.

Helping it deliver on its earlier promise to buy back shares, net debt fell below the company’s $35 billion target sooner than expected, dropping $5.6 billion from the end of December to $33.3 billion at the end of March, chiefly due to around $4.8 billion worth of disposals and higher oil prices.

"We estimate a further $1.5-2 billion in buybacks is possible this year," Bernstein analysts, who have an outperform rating on BP stock, said in a note.

The company said it would provide an update on the third quarter buyback program later this year.

The company is the weakest performer among the oil majors, however, with shares still around a third lower than their pre-pandemic level as investors fret over its energy transition strategy.

As part of Chief Executive Bernard Looney's plan to shift focus to low carbon investments, BP aims to sell $25 billion of assets by 2025.

From a target of 50 gigawatts of renewables capacity by 2030, it currently has 1.6 GW of installed capacity, has given the financial go-ahead to a further 3.3 GW and has an additional pipeline of around 14 GW.

But out of its $13 billion investment budget this year, BP has said it plans to spend $9 billion on oil and gas.

Cashflow from operations rose to its highest since Q4 2019 at $6.1 billion and underlying profit at its gas unit soared to $1.7 billion from $2 million in the previous quarter.

BP expects global oil inventories, which swelled as the coronavirus pandemic hit fuel demand, to fall to historic levels by the end of 2021.