Larry Fink's BlackRock ended Q3 with $9.46 trillion in assets under management, up from $7.81 trillion a year earlier, but about flat from Q2 of this year.

Asset managers have benefited from rising global financial markets in recent quarters as investors put money to work, making the most of the post-pandemic economic reopening, driven by progress on vaccinations and strong fiscal and monetary aid.

But with financial markets wobbling during the second quarter – the S&P 500 Index ended the quarter about flat, its worst quarterly performance in six quarters – money managers, BlackRock, included, have had a tougher time growing assets.

BlackRock ended the past quarter with $9.46 trillion in assets under management, up from $7.81 trillion a year earlier, but about flat from the second quarter of this year. Some analysts had expected the investment giant to top $10 trillion in assets.

"It's not time to pop the champagne on the $10 trillion mark yet, that's probably a couple of quarters off," said Kyle Sanders, an analyst with St. Louis-based financial services firm Edward Jones. 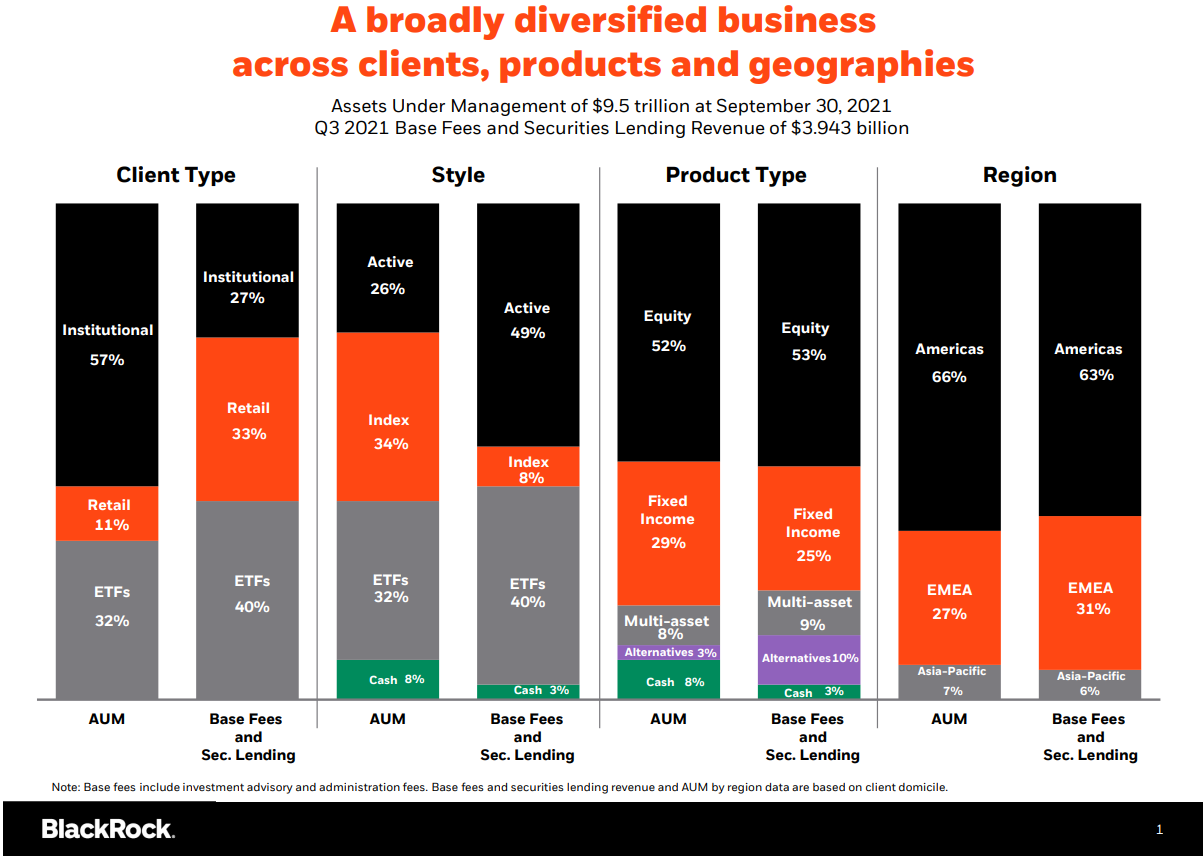 Jefferies analysts attributed strength in revenue to robust performance fees which came in at $345 million, compared with Jefferies' estimate of $220 million.

BlackRock's long-term net flows for the quarter stood at $98 billion, helped by continued momentum in its ETFs and active strategies.

The firm logged 9% organic fee growth for the quarter, its sixth straight quarter in excess of their 5% target.

"Organic growth was broad-based, spanning our active platform as well as in each of our ETF product categories," BlackRock CEO Larry Fink said in a statement.

"Demand for ESG (Environmental, Social, and Governance) remains strong, with $31 billion of inflows across our sustainable active and index strategies," Fink said.

Analysts on average had expected the company to report a profit of $9.35 per share, according to IBES data from Refinitiv.

"This was good quarter for them, but it wasn't a blowout quarter," Edward Jones' Sanders said.

Still, the fund manager's size and reach into every corner of the market, equity, fixed income, multi-asset and alternatives, places it in a favorable position relative to smaller peers, analysts said.

BlackRock's shares are up 15.9% for the year, compared with a 33.1% gain for a Thomson Reuters index that includes more than a dozen of BlackRock's industry rivals in the United States.

BlackRock shares were up about 1% in trading before the bell on Wednesday.