Avoid These Poor ROIC Stocks in a Crisis, Part 2

Investors should avoid stocks for companies with low (and falling) ROICs. 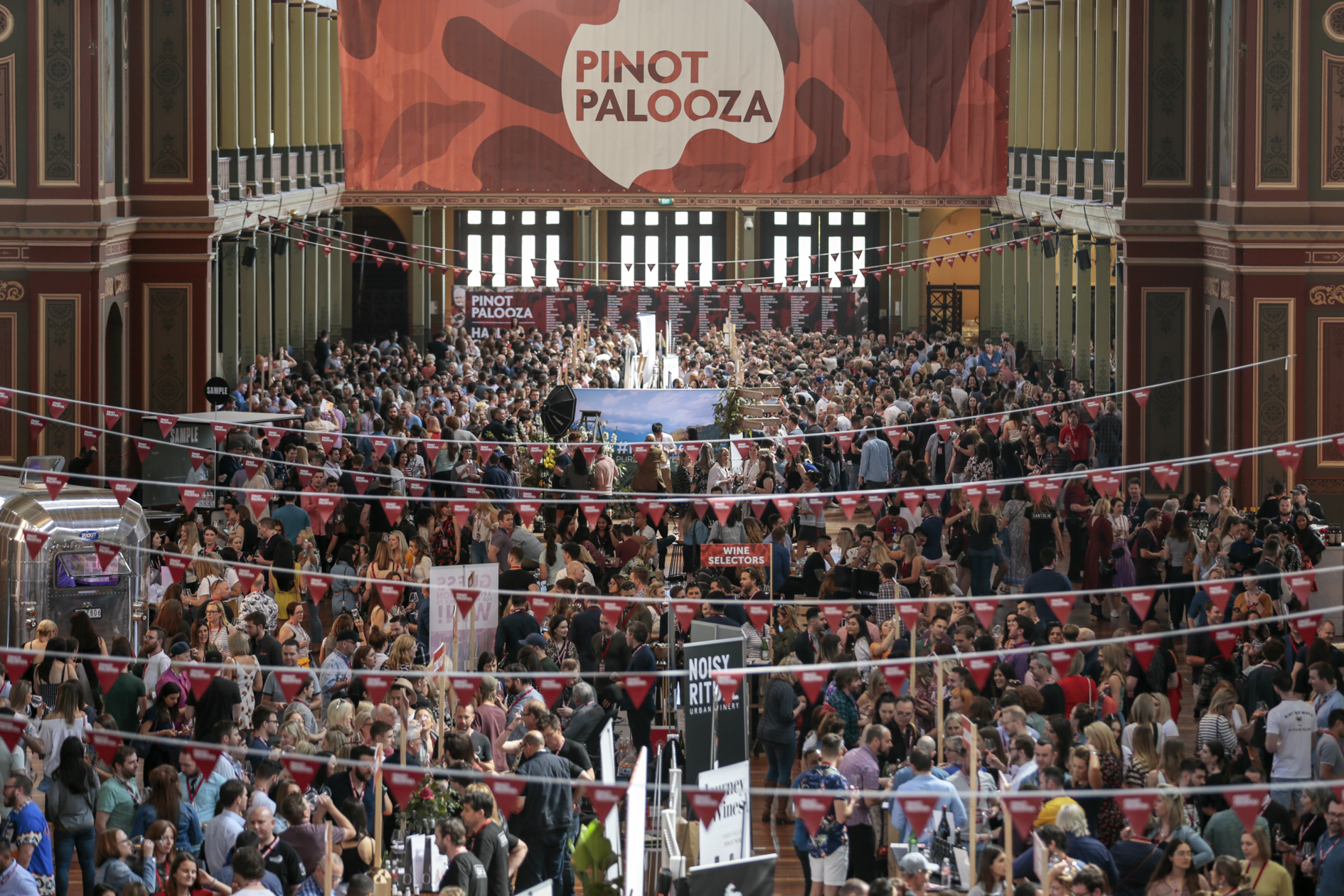 Investors should avoid stocks for companies with low (and falling) ROICs.

Our Robo-Analyst[1] warns against owning these companies with falling ROICs, declining economic earnings, and overvalued stock prices: Nutanix, Lyft, Eventbrite, Wayfair and Uber. We featured Nutanix and Wayfair last week. We focus on Uber and Eventbrite as this week’s Danger Zone picks.

When the markets get dicey, the best way to minimize losses is to own stocks with high ROICs. Stocks for companies with poor core earnings suffer more because, too often, their valuations were built on hope or hype.

Our latest Danger Zone picks have the following in common with the picks in Figure 1:

Despite falling more than the overall market YTD, many of these Danger Zone picks remain overvalued. Investors trying to protect their portfolio from further downside should avoid UBER and Eventbrite.

We first made Uber Technologies a Danger Zone pick in April 2019. Since going public in May 2019, the stock is down 40% (S&P 500 -11%) from its IPO price of $45/share. This underperformance is warranted, as the firm’s fundamentals have only worsened. As investors bail on profitless “growth story” stocks, Uber could fall much further.

Economic Earnings Are Even Worse

Core earnings account for unusual gains and expenses included in GAAP net income. To get the full picture of a company’s operations and hold management accountable for capital allocation, we also analyze balance sheets to calculate an accurate ROIC and economic earnings.

Some notable adjustments to Uber’s balance sheet include:

After all adjustments, we find that Uber’s economic earnings have fallen from -$4.9 billion in 2017 to -$9.2 billion in 2019. Uber has failed to create true shareholder value despite its top-line growth.

As noted in our original article, Uber’s take rate, the percentage of gross bookings it captures as revenue, was in steady decline. This decline continued through 2Q19, at which point Uber changed how it segments its business and subsequently, its take rate calculation. Even under the new calculation, which split out the rideshare (Rides) and food delivery (Eats) segments, both Rides and Eats take rates declined year-over-year (YoY) in 2019. In either calculation, Uber is generating less revenue per booking as competition rises and drivers demand higher wages.

Uber’s declining take rates and falling market share (74% in late 2017 vs. 69% in January 2020) showcase the key problem with the business: it has no real competitive advantage that will allow it to earn a sustainably high ROIC. Instead, the firm is spending more money to attract riders and pay drivers, all the while destroying shareholder value.

Worse yet, Uber is not seeing any economies of scale as it expands. Since 2017, operation and support, sales and marketing, research and development, and general and administrative costs have grown 43% compounded annually, while revenue has grown 34% over the same time.

With declining take rates, already negative profitability, and the potential for the first economic recession in Uber’s history, we think shares can fall much further. When we use our reverse discounted cash flow (DCF) model to analyze the expectations implied by the stock price, Uber still appears significantly overvalued.

TTo justify its current price at time of writing, Uber must immediately improve its pre-tax margin to 4% (compared to -60% in 2019), which is similar to airlines prior to consolidation, and grow revenue by 26% compounded annually for the next 11 years. See the math behind this reverse DCF scenario. In this scenario, Uber would earn $180 billion in revenue in 2030. At its 2019 take rate, that equates to over $900 billion in gross bookings. For reference, Markets and Markets estimates the entire ridesharing industry will grow at a compounded annual growth rate of 20% and be worth $218 billion in 2025. In addition, Morgan Stanley expects the food delivery market to be worth $467 billion in 2025.

Even if we assume Uber achieves a 6% pre-tax margin and grows revenue by 17% compounded annually for the next decade, the stock is worth only $10/share today– a 63% downside. See the math behind this reverse DCF scenario.

Each of the above scenarios also assumes Uber is able to grow revenue, NOPAT and FCF without increasing working capital or fixed assets. This assumption is highly unlikely but allows us to create best-case scenarios that demonstrate how high expectations embedded in the current valuation are. For reference, Uber’s invested capital has increased by an average of $7.2 billion (51% of 2019 revenue) over the past two years.

We first put Eventbrite in the Danger Zone in September 2018. Since going public that month, the stock is down 79% (S&P 500 -12%) from its IPO price of $23/share. The firm’s fundamentals look worse today than then, and despite the large cut to valuation so far in 2020, Eventbrite remains overvalued.

Unlike Uber above, Eventbrite has actually improved its capital efficiency in its time as a public company. However, deteriorating operational efficiency has driven ROIC to new lows. Eventbrite’s NOPAT margin fell from -6% in 2017 to -15% in 2019. Meanwhile, its invested capital turns improved from 1.5 to 2.7. That improvement is not enough to offset the margin decline, and the firm’s ROIC has fallen from -9% in 2017 to -41% in 2019.

Some notable adjustments to Eventbrite’s balance sheet to calculate an accurate ROIC and economic earnings include:

Growth is Slowing and Profitability Is Only Getting Worse

In our original article, we noted Eventbrite was highly reliant on acquisitions to fuel its impressive revenue growth. In 2019, when the firm had no material acquisition activity, revenue growth was significantly lower than previous years. Revenue grew just 12% YoY in 2019, compared to 45% YoY in 2018 and 51% YoY in 2017.

Since 2017, revenue has grown 27% compounded annually but total operating expenses have grown 32% compounded annually. Eventbrite is getting further from profitability in its efforts to grow its top-line. Such a “growth with no regards to cost” mentality may work in a bull market, but when investors begin to care about actual cash flows, Eventbrite is in further trouble.

Below, we use our reverse DCF model to quantify the expectations for future profit growth baked into EB’s stock price.

To justify its current price of $8/share, Eventbrite must instantly improve its NOPAT margin to 3% (compared to -15% in 2019), which equals Live Nation Entertainment’s 2019 margin, and grow revenue by 15% compounded annually for the next 14 years. See the math behind this reverse DCF scenario. For reference, before the recent COVID-19 outbreak, Allied Market Research expected the global events industry to grow by 10% compounded annually through 2026. In other words, simply to justify its current price, Eventbrite must drastically improve margins while outpacing industry growth for over a decade.

Even if we assume Eventbrite achieves a 2% NOPAT margin (slightly below Live Nation, which hosts and sells tickets for events) and grows revenue by 10% compounded annually for the next decade, the stock is worth only $5/share today – a 38% downside. See the math behind this reverse DCF scenario.

Executive Compensation Plan Leaves Much to be Desired

In its latest proxy statement, Eventbrite disclosed that it does not have a formal policy with respect to the grant of equity incentive awards to executives. However, the firm does believe that equity grants provide executives with a strong-link to long-term performance and help align the interests of executives and stockholders.

Without concrete details on the performance goals and vesting structure of any awards, it’s impossible to know if executives are truly incentivized to create shareholder value. Usage of non-GAAP metrics or other performance measures can allow executives to earn bonuses while destroying real value. We recommend tying executive compensation to ROIC, as it is the primary driver of shareholder value creation.

Without a clear incentive to improve ROIC, investors should expect more of the same value destruction.

The Importance of Fundamentals & Quantifying Expectations

In volatile markets, it pays to incorporate fundamentals into investment decision making. Fundamentals need not be 100% of your process, but they should not be 0%. And, if you’re relying on fundamentals at any level, it pays to make sure you have accurate fundamentals. Investors should not make decisions based on incomplete or less accurate data than what we now make available. Our Company Valuation Models incorporate all the data from financial filings to truly assess whether a firm is under or overvalued and get an accurate representation of the risk/reward of a stock. For Uber and Eventbrite, the risk/reward does not look good.

This article originally published on March 23, 2020.

[2] Excluding Danger Zone picks that were published after February 12.

[3] Our core earnings are a superior measure of profits, as demonstrated in In Core Earnings: New Data & Evidence a paper by professors at Harvard Business School & MIT Sloan. The paper empirically shows that our data is superior to IBES “Street Earnings”, owned by Blackstone and Thomson Reuters, and “Income Before Special Items” from Compustat, owned by S&P Global.