Another Crypto Winter Wipes Out Billions in Market Value

What should investors do now? 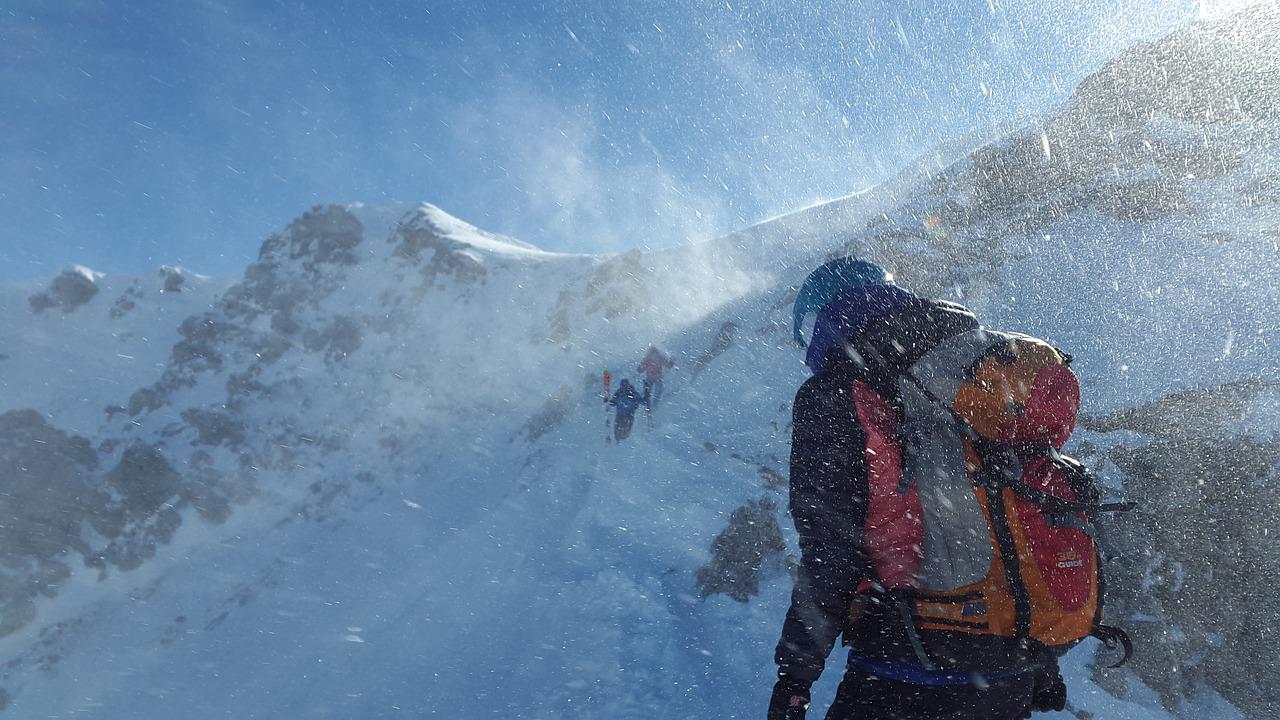 Some of you may remember the “crypto winter” of 2018. Bitcoin crashed 25% in January of that year, while Ether saw three straight months of double-digit losses.

Even though we’re entering the summer months, we may remember last week as another great crypto winter. The entire digital ecosystem fell under selling pressure, with LUNA leading the way. The algorithmic “stablecoin,” which was designed to remain pegged to the U.S. dollar, effectively lost all of its value in one of the swiftest, most brutal wipeouts I’ve ever seen. 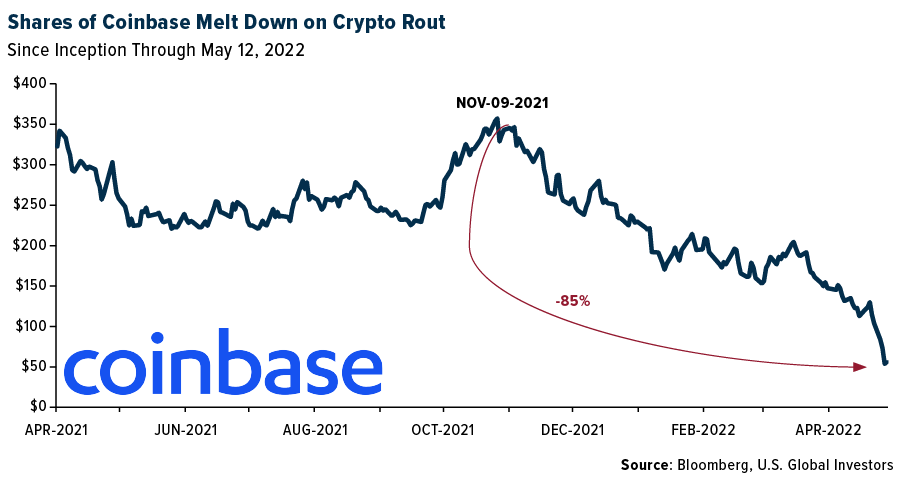 As alarming as this all sounds, I don’t believe now is the time to panic. Past crypto selloffs have been much worse, as I’ll show you in a moment.

Just as they did in those past instances, critics of Bitcoin and crypto in general are already taking victory laps and penning I-told-you-so op-eds and Twitter threads. You may have come across a few yourself.

But had you bought when they were celebrating in the past, you would have seen some remarkable returns. At the end of 2018, Bitcoin was on sale for as low as $3,200. Even at $30,000, where Bitcoin is currently hovering, that’s an increase of nearly 840%.

Having this level of conviction is tough, but occasionally it can be very rewarding.

We’ve Been Here Before

It’s important to keep in mind that we’ve gone through painful crypto wipeouts before. We’re still in the early stages of this nascent technology, after all, so volatility remains high.

Take a look below. We’ve been in a crypto bear market since November/December 2021, but losses have so far not been as bad as in past downdrafts. Note that this chart is showing the percent change for the total cryptocurrency market cap from peak to trough, so results vary depending on the digital asset. 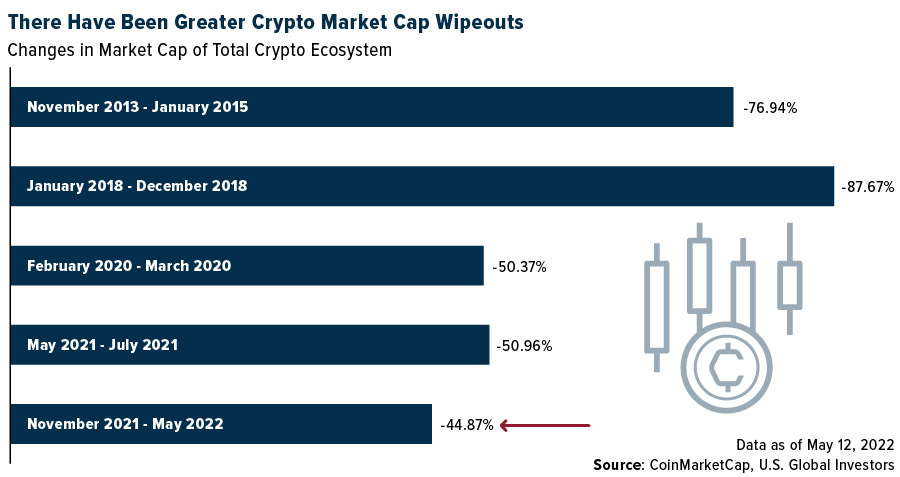 In 2018, the group’s collective market cap plunged more than 87%, leading many on the sidelines to declare crypto all but dead. Among the most vocal Bitcoin critics is Peter Schiff, who tweeted in November of that year that investors shouldn't “make the mistake of thinking that buying #Bitcoin below $3,800 is a bargain.” You can file that under “Tweets that have not aged well.”

Don't make the mistake of thinking that buying #Bitcoin below $3,800 is a bargain just because the current price is better than 80% below its record high. Bitcoin's price could easily drop another 80% from here, and at $750 it would still be expensive!

Bitcoin Oversold… But Could Fall More

At $30,000, Bitcoin is more than 55% off its all-time high. If you like Bitcoin, this should appeal to you. Imagine having your eye on a pair of Balenciaga’s controversial new shoes, retailing for $1,850. If the fashion house were to knock 50% off the price tomorrow, you’d probably be more likely to buy them.

Based on the 14-day relative strength index (RSI), Bitcoin is currently oversold, but it’s not quite as oversold as it’s been in the recent past. As attractive as I believe this entry point is, some investors may choose to wait for the Bitcoin price to register a more decisive buy signal. Historically, though, buying at these distressed levels has been profitable.

Again, cryptos are still an early-stage asset class. Some big-name investors forecast that Bitcoin will eventually hit $100,000, $1 million or more. It could very well do that, but for now, its price is closer to $0. That’s both a risk and an opportunity.

Stocks and ETFs Also Under Pressure

Until now I’ve only been focusing on Bitcoin and cryptos. The truth is they’re not the only risk assets under pressure at the moment, as many of you brave enough to peek at your 401(k)s are well aware.

April was indeed the cruelest month for ETF issuers. According to the Financial Times, net inflows into global ETFs plummeted from $117.4 billion in March to $27.4 billion in April, representing the weakest monthly haul since the start of the pandemic.

And yet few if any would say stocks are “dead” or “too risky” or uninvestable as a result. 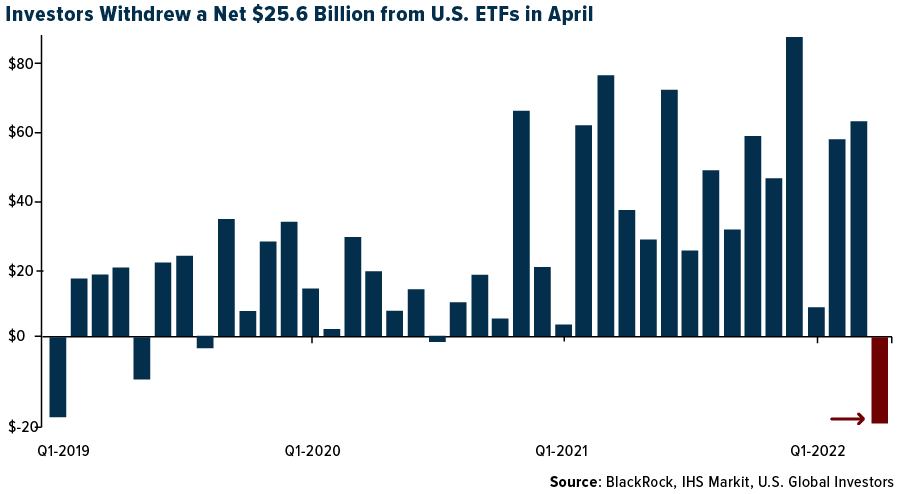 Through It All, Gold Has Demonstrated Resilience

I’m pleased to say that, despite the meltdowns that are happening all around us, gold has remained highly resilient. Year-to-date, the yellow metal has dipped only a slight 1%. This has helped savvy investors offset some of the losses they may have experienced so far this year.

If you’re worried about a brewing recession, gold may be an option. As I’ve shown you before, physical gold and gold mining stocks outperformed S&P 500 stocks in the last four economic pullbacks, between 1987 and 2020. That’s precisely the reason why most people invest in the metal, as a store of value.

As always, I recommend a 10% weighting in gold, with 5% in physical gold and 5% in high-quality gold mining stocks, mutual funds and ETFs.