American Markets Have Proven Their Resilience

I believe that the U.S. economy will come roaring back stronger than ever. 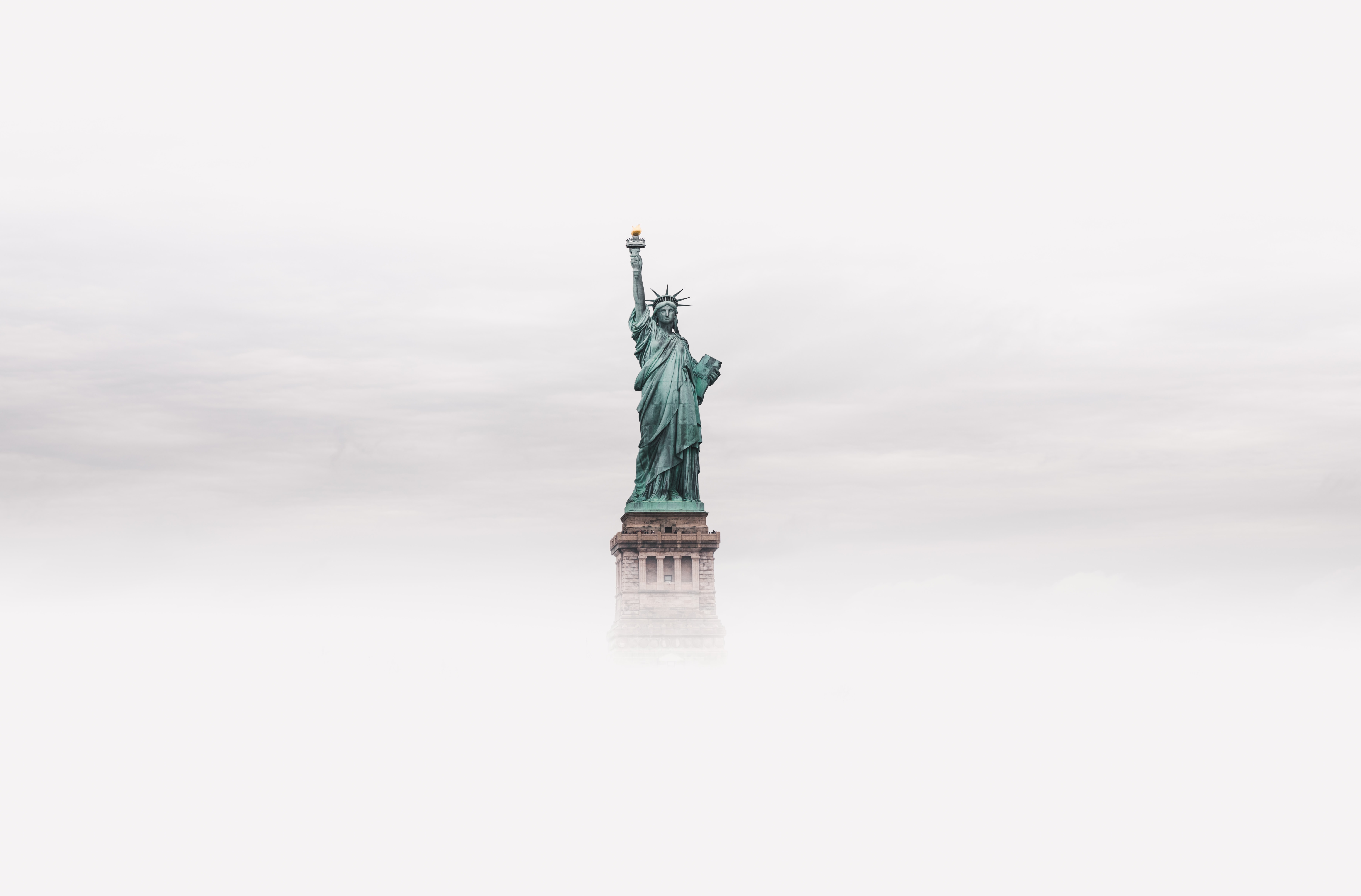 This week, residents of San Antonio, Texas, home to U.S. Global Investors, were ordered to work from home, with some exceptions. Like countless people in other parts of the country and world, our team has had to quickly and nimbly adapt to a new normal, and to be innovative in the face of new challenges.

But even after the threat of infection has subsided and social distancing has become only a memory, some things may never be the same as they were in the days before the pandemic. I’m talking not just about U.S. Global or even personal finance or investing, by the way, but nearly every industry on earth. I believe things will end up looking very different in a number of ways––for companies, for workers and for consumers.

I also believe that the U.S. economy will come roaring back stronger than ever. Because if there’s one thing America and the free markets have shown, it’s that they’re resilient and adaptive to change. The same can be said about consumers.

I’ll use the entertainment industry as an example. Last weekend, and for the first time in roughly 100 years of motion picture history, box office revenue hit $0. Nearly every cinema in the U.S. is closed, meaning no revenue is coming in.

But instead of waiting out the quarantine––however long that may be––production companies and distributors have quickly turned to streaming platforms. You may have noticed lately, after hopping onto Amazon Prime or Hulu, that brand new, first run Hollywood movies have been made available to watch right in the comfort of your home (for a premium, of course).

As for the theater owners, they will assuredly need to ask themselves whether moviegoers will return for a Friday night showing in the same droves as before, and what changes will need to be made to the services they offer to get their business back.

Indeed, Disney just last week said that it believes the outbreak could forever alter consumer behavior in “fundamental ways” that will disrupt its business going for years to come, according to a report by Reuters.

It’s not just movies and theme parks, of course. Retail in general and luxury brands in particular will need to adapt to the unprecedented disruption caused by the pandemic.

Sales for British luxury fashion house Burberry, for example, have plunged a head-spinning 80 percent in March compared to the same month last year. And that’s just a sampling of what could be “the worst [first half of the year] in the history of the modern luxury goods industry,” AllianceBernstein analysts said in a note to clients last week.

It’s easy to see why this is the case. When families’ financial future is uncertain, one of the first expenses to be cut, understandably, is luxury items. But there’s more to the story.

Compared to other subsectors within retail, luxury still relies heavily on foot traffic and physical brick-and-mortar storefronts. (Online sales represented only 12 percent of total luxury sales last year, according to Bain & Company.) That’s especially the case in airports, where well-pocketed travelers have time to kill between flights and can take advantage of duty-free shopping. Between 2016 and 2018, the world’s top luxury brands, including Burberry, opened 33 new locations in international airports, even as they began to slow store expansion elsewhere.

In normal times when the economy is running smoothly, this has been a winning strategy. But with tens of thousands of flights having been cancelled because of the coronavirus and airports turned into “ghost towns,” as one friend put it, luxury companies are seeing a more substantial drop in sales than some other retailers.

Like movie theater operators, luxury brands will likely need to rethink their business strategy as consumer spending habits may have permanently changed as a result of the coronavirus pandemic.

There’s good news to share here. A vast majority of the growth in luxury sales is taking place in China and, more broadly, Asia––Vogue Business writes that the Asian market is “fundamental for most luxury brands” as incomes continue to grow. Having said that, there are reports that luxury stores in China are gradually reopening their doors since social distancing and self-quarantine measures are being relaxed. This may be part of the reason why we’re seeing luxury stocks beginning to trade up, with Paris-based Hermes leading the pack. 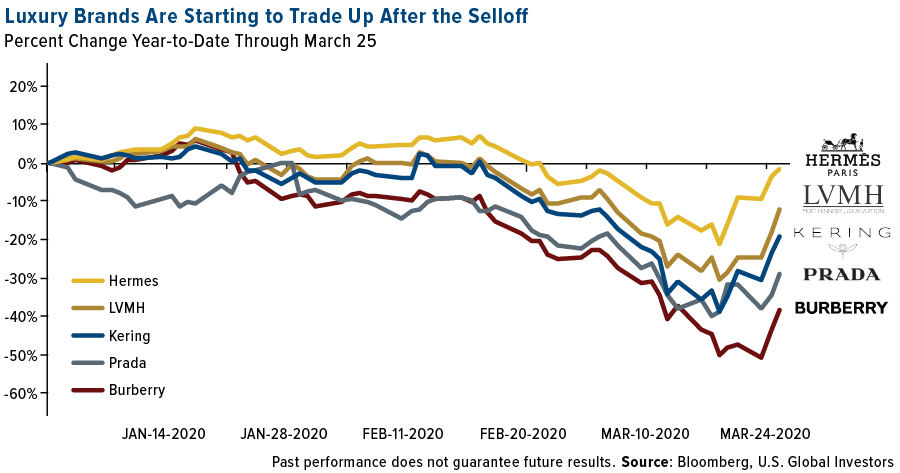 Where I think we’ll see the greatest improvements following the pandemic is in our supply chains. Perhaps more than anything else, the coronavirus has exposed our “blind spots,” particularly with regard to drugs and medical supplies.

I discussed this very topic in last week’s Investor Alert, saying that I believe we’re headed for a strong resurgence in economic nationalism, with more manufacturing and drugmaking done right here in the U.S.

Frankly, I don’t think we have any other choice, even if it means that prices go up even more than they already are. According to Global Trade Magazine, at least 20 countries––including Germany, France, Turkey and South Korea––have banned the export of medical gear such as gloves, masks and protective suits. India, which in the past couple of decades has gained a huge foothold in the manufacture of generic drugs, announced it would be restricting the export of as many as 26 pharmaceutical ingredients.

This has put the U.S. in a vulnerable position at a time when the World Health Organization (WHO) has said the country could become the next COVID-19 “epicenter.” The one area where the U.S. appears to be in good shape, relative to other countries, is the number of critical care beds, though we could very well still face shortages. 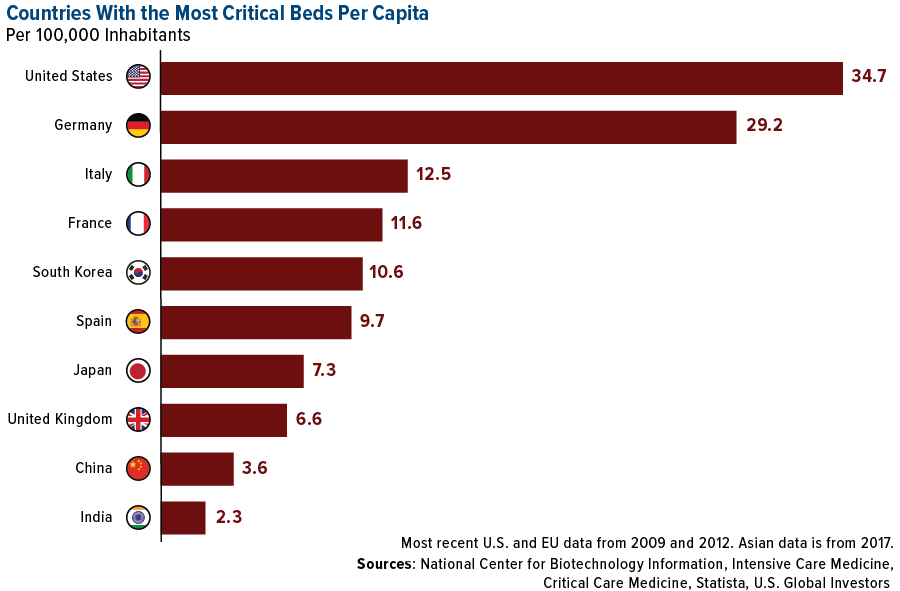 “Our goal for the future must be to have American medicine for American patients, American supplies for American hospitals, and American equipment for our great American heroes,” the president remarked in a March 24 press conference.

I haven’t always agreed with everything Trump says and does, but on this point I’m behind him 100 percent.

Again, America has proven time and again that its people and businesses are resilient and can come out of any crisis better than they were before. After 9/11, we tightened airport security. Hurricane Katrina improved crisis management and business continuity. The financial crisis cautioned us against overzealous lending, among other lessons.