A Recession is Coming… But Not Just Yet

Yes, things are slowing. Yes, there is reason to worry, but... 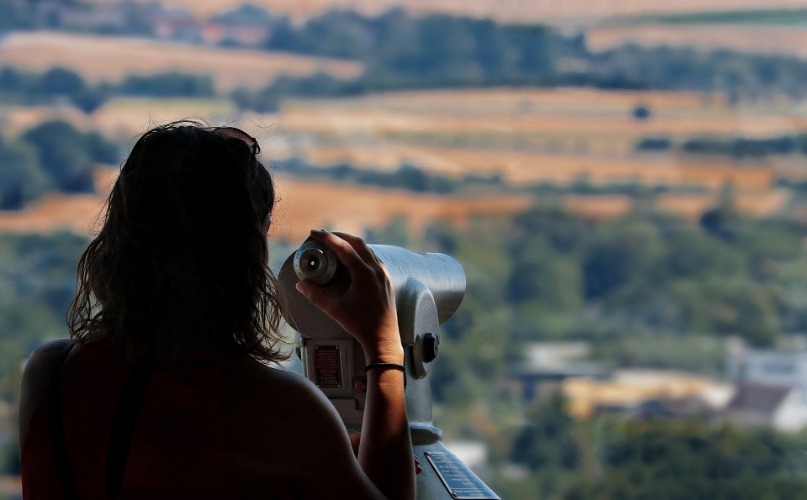 In the last week, there have been a slew of articles warning that we’re on the verge of a recession.

The most prominent is talk about the yield curve – the 10-year versus the three-month Treasurys – finally inverting. That has led every recession since 1955, and only gave one false signal in the 1960s.

I agree. This is something to worry about. But, this signal typically appears about a year before any recession hits. That means stocks could run up another six to nine months before they react. That’s all we need for my Dark Window blow-off rally scenario.

Then there was what was called “The Vicious Trifecta”…

So much for those tax cuts creating sustainable 3% to 4% growth as we warned they would not.

Gary Shilling, known for his deflationary leanings, issued a warning because we can’t seem to break above the Fed’s 2% inflation target, even though unemployment has fallen from 10% in 2009 to a recent low of 3.5% (it’s currently at 3.8%). That’s a sign of deflation and recession.

Then both Morgan Stanley and RBC Markets warned that the correction into late December looked like ones that have preceded previous recessions and larger corrections.

Well, that’s where I most disagree…

It might be true for normal stock crashes and corrections. But this is the peak of the largest and most global bubble of our lifetimes. My research and analysis prove without a shadow of a doubt that stock bubbles go out with a bang, not a whimper. And like I said recently, the late September/early October top in the markets was a whimper. That was the first sign to me.

The second was that you only know a major bubble has finally topped when you see a first violent correction, with losses ranging from 30% to 50% in the first two or three months (the average loss is 42% in 2.6 months).

Halfway into the last correction in mid-November, I could tell we weren’t on that trajectory and declared this just another correction, not a top and the start of a major crash yet.

In light of this, here’s a chart I just came across that argues we’re nearing a final buying opportunity into this Dark Window blow-off top scenario I’ve forecast… 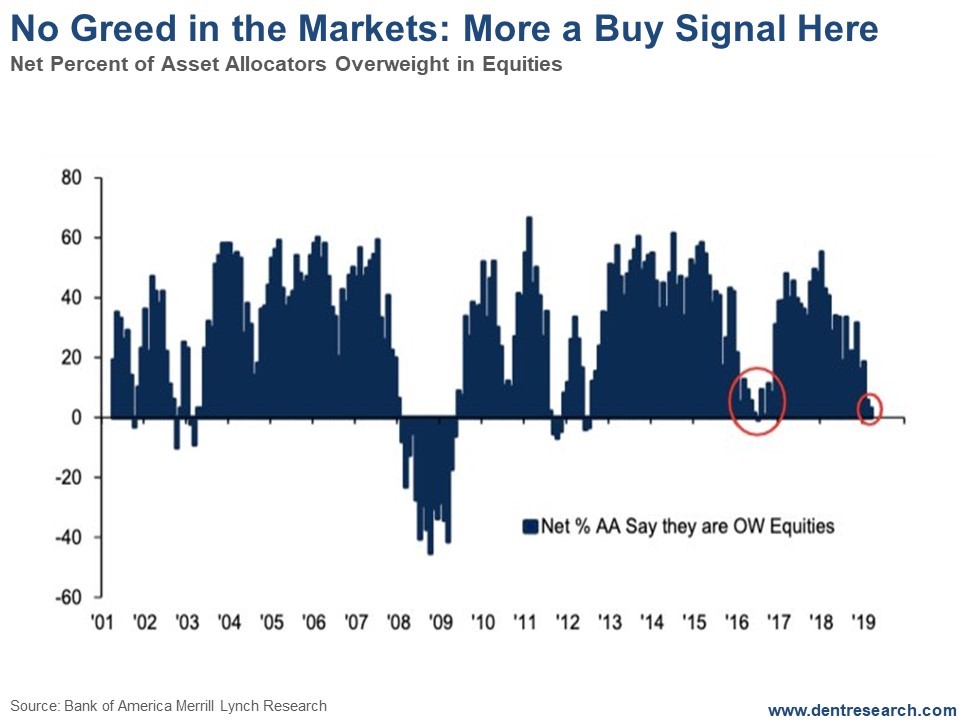 The percentage of asset allocations that claim they’re over-weighted to equities is near zero. Outside of being at the bottom of the major stock crash/recession in late 2008/early 2009, where the reading was -40% to -45%, near zero is where you want to buy!

If we were near a top and major turning point down, we should have seen investors pouring into equities, not being this conservative.

In short, all the pieces fit perfectly into my favored Dark Window scenario, in which we could see a final blow-off rally that takes the Dow to 33,000-plus and the Nasdaq to 10,000 by early 2020. After that, it’s tickets.

Yes, there is reason to worry.

I share with Boom & Bust Elite subscribers the lines in the sand I’m watching. If any of those lines are crossed, we can start worrying earlier. If not, don’t miss the opportunities in front of you.