History has shown that when individual tax rates are reduced, consumer sentiment perks up.

“The U.S. economy is performing well. The growth that we’re seeing, it’s not based on an unsustainable, build-up of debt as we [witnessed] in the run-up to the financial crisis. The global economy is also doing well. We’re in a synchronized expansion. This is the first time in many years that we’ve seen this. Inflation around the world is generally low. So I think the risks are balanced, and there’s less to lose sleep about now than has been true for quite some time, so I feel good about the economic outlook. We have created 17 million jobs. We’ve got a good strong labor market and a very low unemployment rate, and I think that’s been tremendously important to the well-being of American households and workers.” ––Fed Chair Janet Yellen

President Trump’s first year in office brought with it decade highs in employment, asset prices, and consumer confidence, and our nation’s first major tax reform in 31 years. The Tax Cut and Jobs Act of 2017 (TCJA) immediately lowers tax obligations for individuals and businesses alike. Private sector tax savings are stated at $1.5 trillion over the next decade, an enormous sum. For individuals, the cut is estimated to average approximately 2.2% per household. The Tax Cut and Jobs Act lowers the corporate tax rate from 35% to 21%, a boon for businesses. Economic growth forecasts stemming from the enacted tax reform appear split along party lines. Activists for TCJA point to the economic benefit for the private sector by putting more money in the hands of consumers and businesses. Those warning against TCJA cite the unaffordable increase in our nation’s federal debt, and assert the tax savings under TCJA are unjustly distributed along the social stratification.

Protestors maintain that tax cuts favor the few over the many; however, history shows tax reform has generally garnered bipartisan support. For example, Democratic President John F. Kennedy’s Tax Reduction Act had bilateral congressional backing. The intention of JFK’s Tax Reduction Act was to bring broad-based tax relief to the private sector in hopes that reform would usher in sustained and meaningful economic growth. Major tax change was foundational to JFK’s vision for American prosperity.

Here is an excerpt of what JFK had to say on the subject during his ’62 address at the Economic Club of New York.

“The final and best means of strengthening demand among consumers and business is to reduce the burden on private income and the deterrents to private initiative which are imposed by our present tax system; and this administration pledged itself last summer to an across-the-board, top-to-bottom cut in personal and corporate income taxes to be enacted and become effective in 1963. In short, to increase demand and lift the economy, the Federal Government’s most useful role is not to rush into a program of excessive increases in public expenditures, but to expand the incentives and opportunities for private expenditures.” ––President John F. Kennedy

For years, I have penned in these letters the necessity of pro-growth fiscal reforms: comprehensive tax cuts and basic infrastructure investment. History has shown that when individual tax rates are reduced, consumer sentiment perks up. It’s a win-win situation when accompanied by corporate rate cuts. The extra cash stemming from tax relief pours into the marketplace and fuels animal spirits. Businesses step up investment and spending in plants and equipment, research and development, and personnel hiring, and are apt to take on additional risk. Why? For several reasons: 1) Operators must offer the best products and services to remain relevant in today’s marketplace; they have to hire, invest, train, and innovate to do this. 2) Businesses, large and small, must offer tremendous value just to compete; they must offer more value than has ever been provided before. It becomes a virtuous cycle where economic growth accelerates and standards of living improve universally.

Typically, tax cuts mean higher stock prices, and this market has not disappointed. The stock market has registered unwavering approval for the Grand Old Party’s fiscal growth strategy prior to, up to, and after the TCJA became law. Stock prices are considered to be a leading economic indicator; as stocks go, so goes the economy. Presently, stock prices are portraying a mighty rosy outlook. How long will the party last?

Last year at this time, Goldman Sachs forecasted a Trump presidency would be terrible for stocks. Goldman predicted the S&P 500 would rise by less than 2%, basing their assumptions on excess valuations, questionable revenue growth, labor shortages, inflationary concerns, waning productivity, and meager GDP growth. Goldman Sachs was wrong! Wall Street investment analysts are far more upbeat this year. Consensus earnings estimates for the S&P 500 range from $140 to $156 per share for the year ahead. Earnings and revenue are projected to rise 10.9% and 6.7%, respectively. Price-to-Earnings (P/E) multiples are stretched compared to historical norms. Expanding multiples have been a key catalyst lifting stocks to record levels. Multiple expansion at this point is a byproduct of rising economic output, tame inflation expectations, low interest rates, and now pro-growth fiscal reform; it is a powerful cocktail.

Taking into account glowing Wall Street earnings forecasts and a powerful cocktail formula, stock prices could surprise to the upside. However, for that to happen forward P/E multiples will need to remain at lofty levels. With the Fed tightening monetary policy somewhat aggressively and energy prices spiking higher, the multiple expansions may be called into question. With that, I’d keep a close watch on how earnings multiples react to the string of rising interest rate hikes in 2018, as well as renewed signs of inflation. In closing, if GDP holds its 3% annualized rate, and inflation remains anchored near 2%, add-in nearly 2% in dividends, and stock prices have roughly 7% of imbedded growth. I’m calling for the S&P 500 to post an 8% return in 2018, as P/E multiples regress toward historical norms.

Author of Financial Fitness: The Journey from Wall Street to Badwater 135 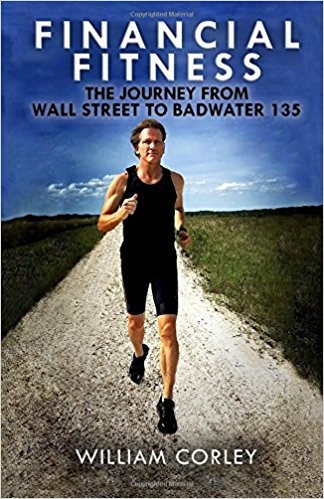